Extraordinary footage has shown the size of a firearm and explosives inside a doomsday prepper reportedly stored in a remote bush property.

Police say they found the loot – including 250kg of explosive material and 40 firearms – after a raid on a property on Bells Line of Road in Kurrajong, 75 km north-west of Sydney, on Wednesday.

A police walkthrough showed more than a dozen rifles lying across a tarp next to ammunition and knives in wooden boxes. 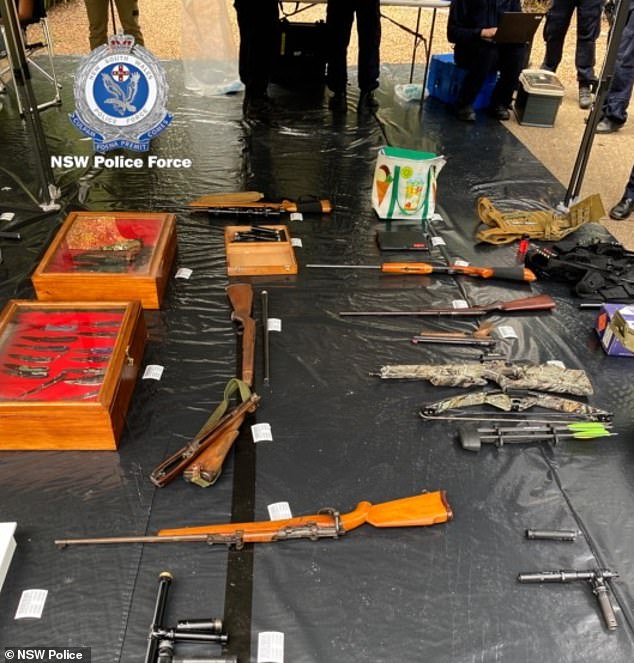 A man has been charged after police allegedly seized 250kg of explosives and 40 firearms from a rural estate in the bush. Weapons are pictured above laid over a tarpaulin

Simon Clay, 42, was arrested and taken to Windsor Police Station.

Clay was reportedly a doomsday prepper and is not linked to extremist groups, ABC News reported.

He was charged with six offenses including manufacturing firearms without a license and three counts of possession of a prohibited weapon.

The man was refused bail on Thursday to appear in Penrith court.

Specialized agents are said to have found 250 kg of ammonium nitrate and “various other chemicals” during the morning raid. 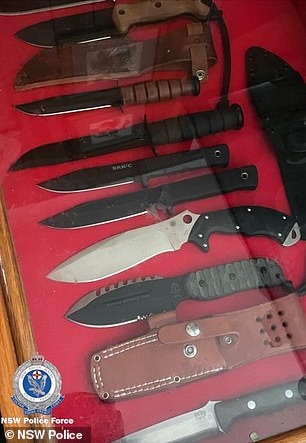 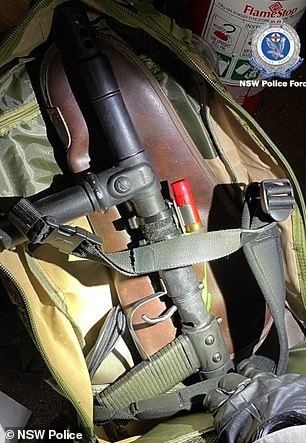 Simon Clay, 42, has been charged with six offenses including manufacturing firearms without a license (pictured left and right are knives and a firearm allegedly found in the property) 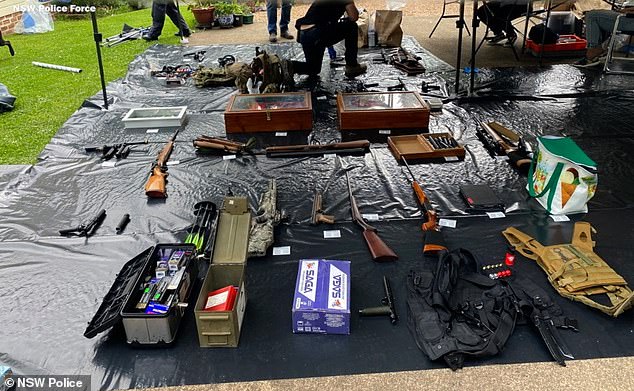 Weapons are depicted on a tarpaulin during a police walk-through of the scene. The arrested man was released on bail on Thursday to appear in Penrith court 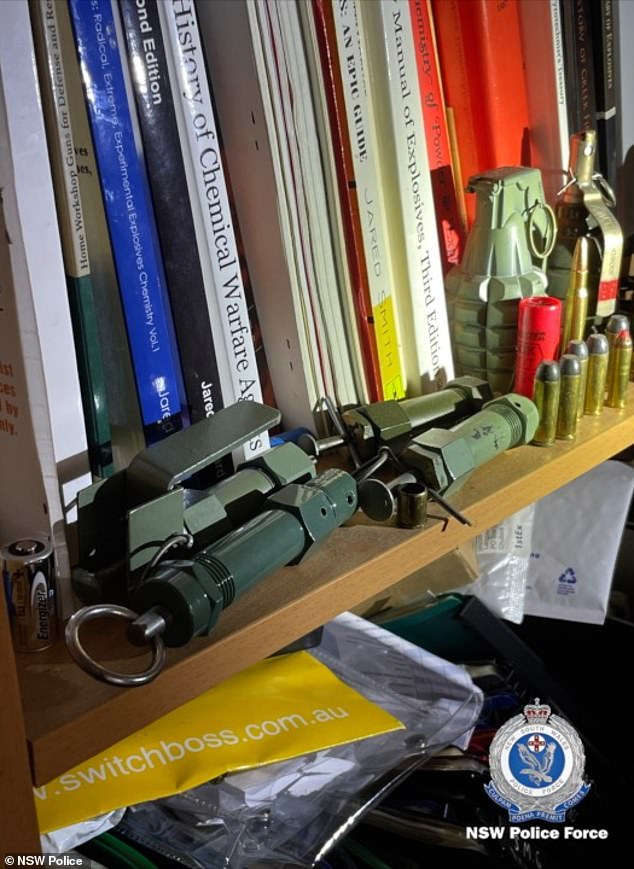 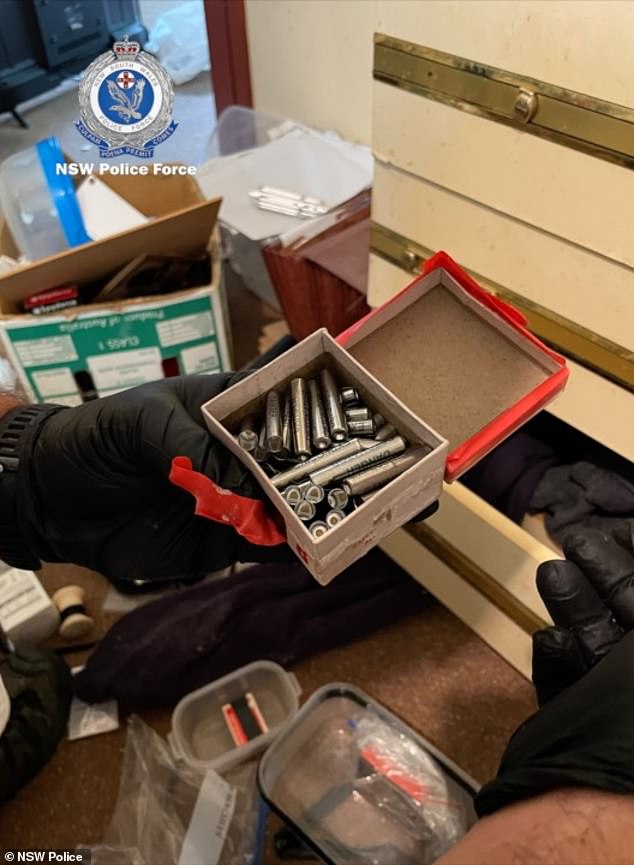 Police claim they found the loot after a raid on a home on Bells Line of Road in Kurrajong, 75km northwest of Sydney, on Wednesday (general view from photo of the road)

The address was raided after the State Crime Command’s Drug and Firearms Squad received a tip about the manufacture and import of banned firearms, a NSW Police Department spokesman said.

All objects seized during the operation are forensically examined.

There is still a crime scene on the rural property as drug and firearms detectives search the site.