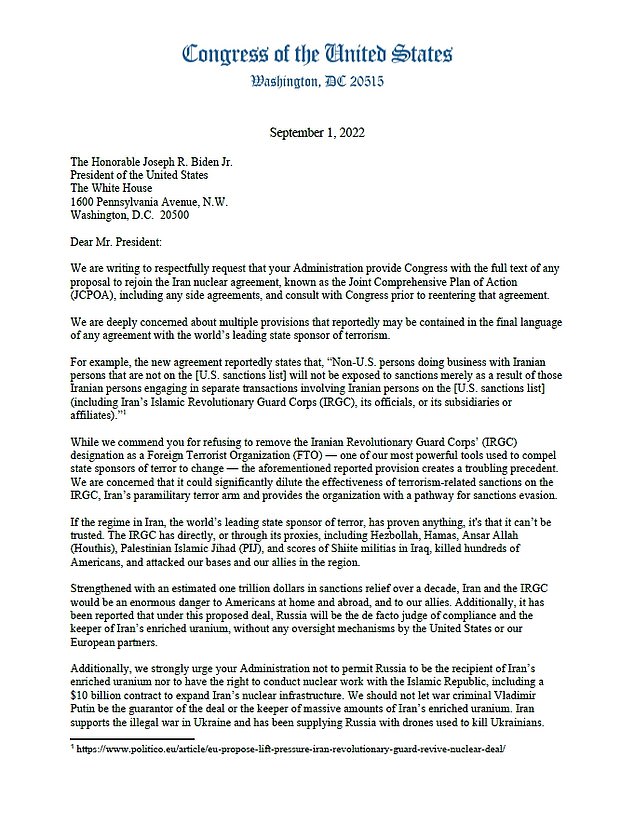 A bipartisan group of members of Congress feared Thursday that a new nuclear deal with Iran will weaken sanctions against the Islamic Revolutionary Guard Corps and open the door to Russia playing a role in the country’s nuclear program.

In a letter to the White House, 50 Republicans and Democrats demanded that President Joe Biden provide Congress with the draft text of a new agreement.

The letter was drafted by Democrat Josh Gottheimer and Republican Andrew Garbarino, and states that the deal will exclude secondary sanctions for non-Americans doing business with the IGRC.

“The IRGC, directly or through its proxies, including Hezbollah, Hamas, Ansar Allah (Houthis), Palestinian Islamic Jihad (PIJ), and dozens of Shia militias in Iraq, killed hundreds of Americans and attacked our bases and our allies in Iraq. the region, say the 50 lawmakers — 34 Democrats and 16 Republicans.

“Boosted with an estimated $1 trillion in sanctions relief over a decade, Iran and the IRGC would pose a huge threat to Americans at home and abroad, and to our allies.” 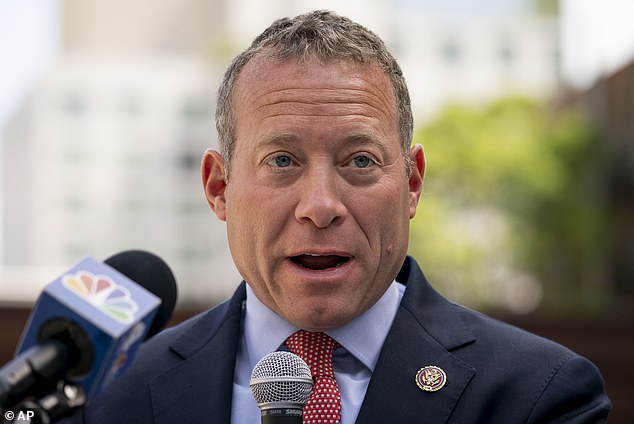 Rep. Josh Gottheimer, a Democrat, organized the letter with Republican Rep. Andrew Garbarino. Some 34 Democrats and 16 Republicans got together to sign it 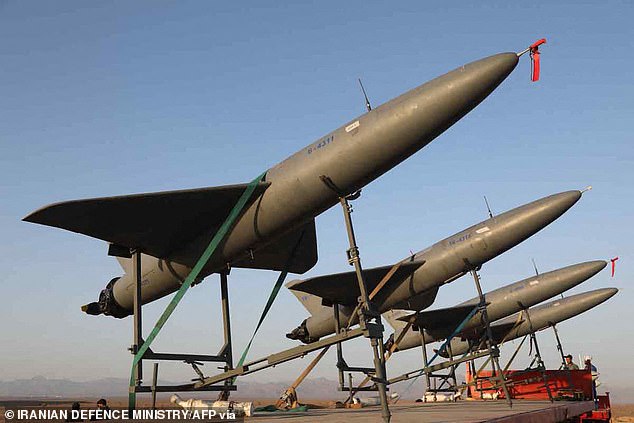 However, they welcome what appears to be Biden’s refusal to bow to Iranian pressure to remove the IRGC from the terrorist list.

In addition, we strongly urge your government not to allow Russia to be the recipient of Iran’s enriched uranium, nor to have the right to do nuclear work with the Islamic Republic, including a contract $10 billion to expand Iran’s nuclear infrastructure,” they write.

“We must not let war criminal Vladimir Putin be the guarantor of the deal or the custodian of huge amounts of Iran’s enriched uranium.”

Their letter comes as talks are reportedly coming to an end.

“I hope the JCPOA will be completed in the coming days,” French President Emmanuel Macron said, referring to the joint comprehensive action plan, when addressing the ambassadors on Thursday.

It comes after a flurry of diplomatic activity following 16 months of indirect talks between Tehran and Washington. European officials were tasked with transferring messages between the two negotiating teams at a hotel in Vienna.

And on August 8, Josep Borrell, the European Union’s head of foreign policy, announced that a final agreement had been drawn up. 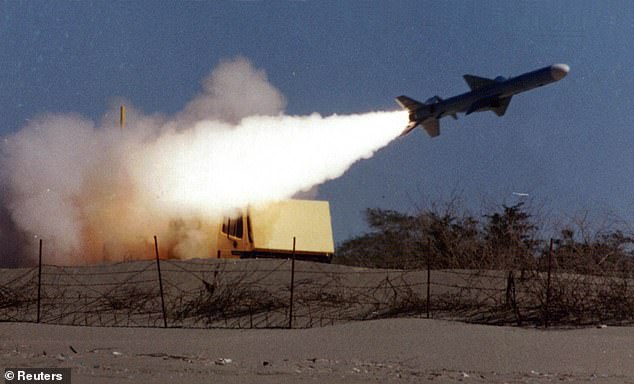 President Donald Trump pulled the US out of the 2015 nuclear deal in 2018, accusing Iran of financing terror groups and ignoring the spirit of the deal by developing ballistic missiles.

Since then, Iran has enriched uranium ever closer and closer to the purity and amount needed to fuel a nuclear weapon.

In March, inspectors from the International Atomic Energy Agency reported that the stock of uranium enriched to 60 percent purity had grown by more than 80 percent in three months.

Talks to return to a deal, lifting sanctions against Iran in exchange for restrictions on Tehran’s nuclear research, have stalled repeatedly.

And Republicans largely remain opposed to a new deal.

But they are joined by aggressive Democrats.

“We must not reduce terrorism-related sanctions against the Islamic Revolutionary Guard Corps or allow Russia to play a role in Iran’s nuclear capabilities,” Gottheimer said.

“We must address the threat of a nuclear-armed Iran, stand strong against terrorists and protect American values ​​and allies.”

Biden told Israeli Prime Minister Yair Lapid in a phone call on Wednesday that the United States will never allow Iran to acquire a nuclear weapon, the White House said.

Why watermelons are so expensive at Coles and Woolworths