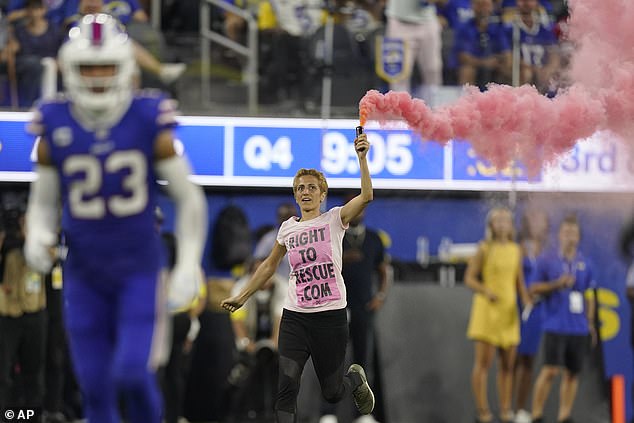 A protester went out of her way to steal the show during the Buffalo Bills’ wipe out of the Los Angeles Rams in Thursday night’s NFL season opener.

About halfway through the fourth quarter, a woman with a pink flare ran onto the field, halting the game for several minutes.

The fan was tackled by security at the 30-yard line as she approached Bills’ defenses. When tackled, the fan dropped the flare, which Buffalo safety Micah Hyde then picked up and threw as far off the field as possible.

The fan’s shirt read “righttoresecue.com” in bright black letters. The website takes visitors to a petition saying it wants to help take immediate action to right the wrongs in factory farming around the world, protect whistleblowers who expose this wrongdoing and help the suffering animals .

The bright pink smoke from the torch led some on social media, including ESPN’s Emmanuel Acho, to question whether the field invasion was indeed part of a gender reveal.

“Ummm, we just had a streaker or a gender reveal on the field!” Acho wrote in a video he posted on Twitter of the incident. 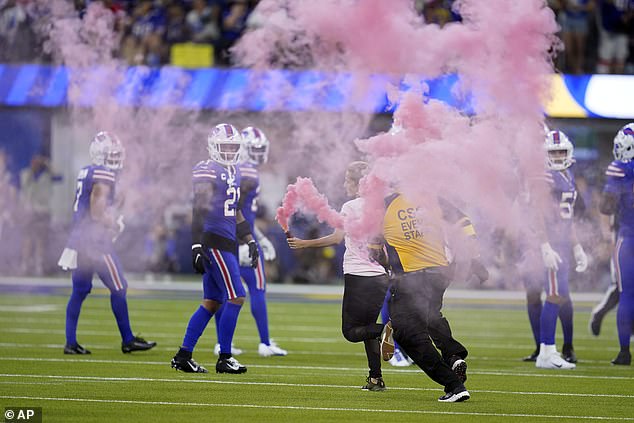 While it doesn’t appear to have been a gender reveal, and thankfully wasn’t a streaker, the brightly colored smoke was one of the only bright spots for Los Angeles.

The Rams were defeated 31-10 in what was arguably the worst opening performance by a defending Super Bowl champion in recent memory.

The LA defense might consider taking some tackling lessons from the security team — and on Thursday night, they looked as defeated as the field intruder when she was dragged off the field. 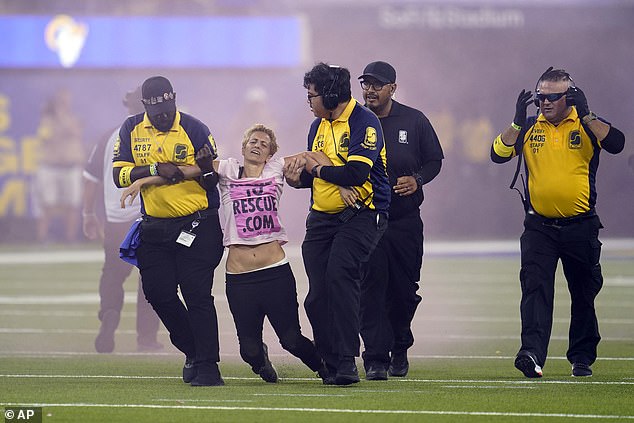