A stay at the zany 16th century East Sussex inn The Bell, where the rooms ‘mix crazy with chic’ 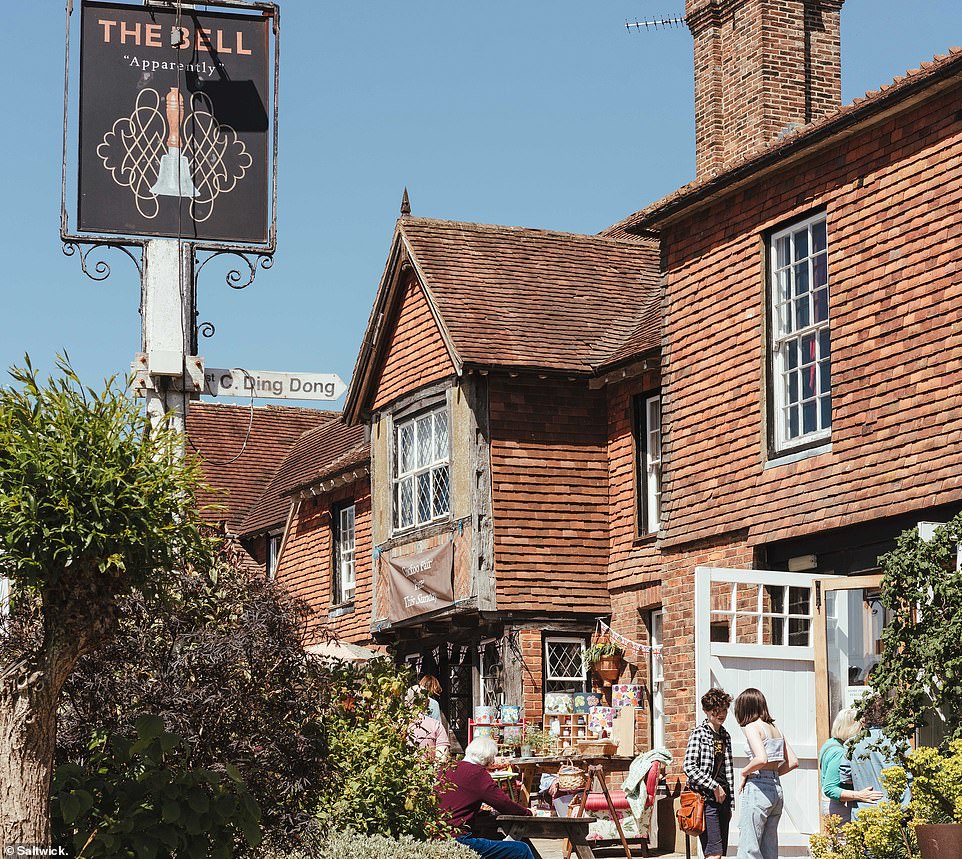 Great British boltholes: a stay in a crazy 16th century inn in East Sussex, where the rooms mix ‘crazy with chic’ and the ‘tastiest’ eggs are served for breakfast

By Richard Mellor For The Mail On Sunday

Spike Milligan would have loved The Bell. The comedian once lived in Ticehurst, and his wacky but always charming humor is reflected in the lavish pub.

And exuberance is the word here. Dating back to 1560, this former coaching inn combines old features with crazy modern touches.

Take the main bar: the original low-beamed ceiling appears to be held up at first by a wobbly book column.

Richard Mellor checks in at The Bell (above) in Ticehurst, East Sussex, a former coaching inn dating back to 1560 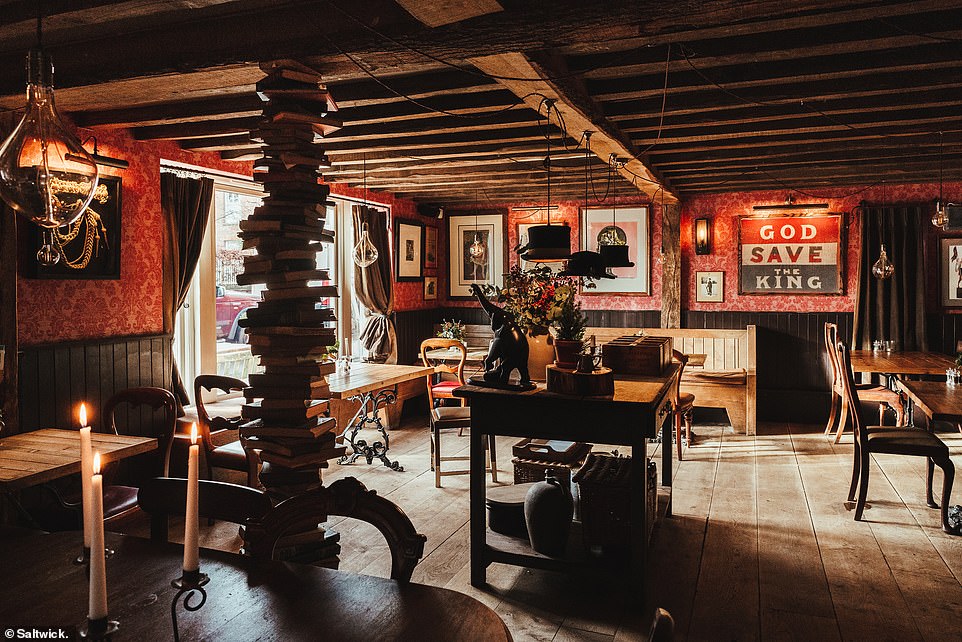 In the inn’s main bar, the ‘original low beamed ceiling initially appears to be held up by a wobbly column of books’

For men, inverted tenor horns have become urinals. In an adjacent snug, sketches of birds and a self-portrait by Graham Sutherland typify the inn’s eclectic artwork.

The Bell is kind of like a beloved aunt or uncle – the kind who wear wacky clothes and bake incredible brownies.

Four-time Chelsea Flower Show gold medalist Jo Thompson designed the backyards. Summer cocktails can be drunk under the canopy of a mulberry tree, next to fragrant rosemary bushes.

Come winter, the focus at The Bell is on indoor fun: comedy shows, art classes and live music. 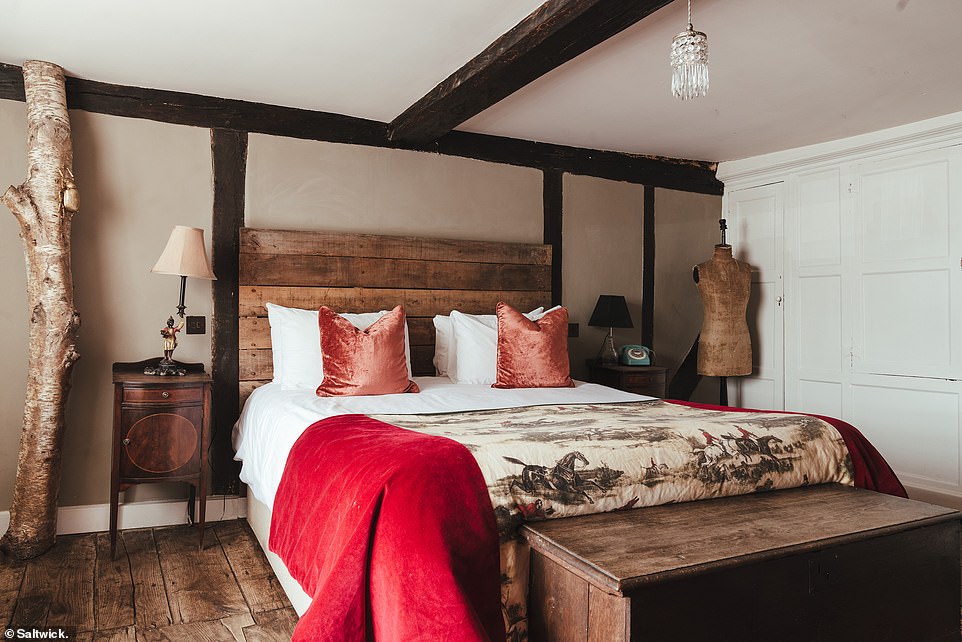 The bedrooms vary wildly in size, says Richard, adding that seven in the main inn “mix crazy with chic.”

The bedrooms differ enormously in size. Seven in the main inn mixes crazy with chic – mannequins here, pendant lights there.

Our vibrantly hued double/twin has a window seat, a vintage dental chair and even a silver birch case. The shower is hand-held and curtainless, but the medley of surrounding tiles is so pretty it’s forgiven.

Three slick and more spacious lodges with oasthouse-like roofs are scattered around the garden. The larger two-storey Love Nest has a balcony overlooking the pub. Three more rooms will be added next spring.

Ticehurst himself is feeling cheerful. The 14th-century church overlooks enticing independent shops and red-brick cottages along flower-filled alleyways. Everyone we meet seems to love and proud of The Bell. 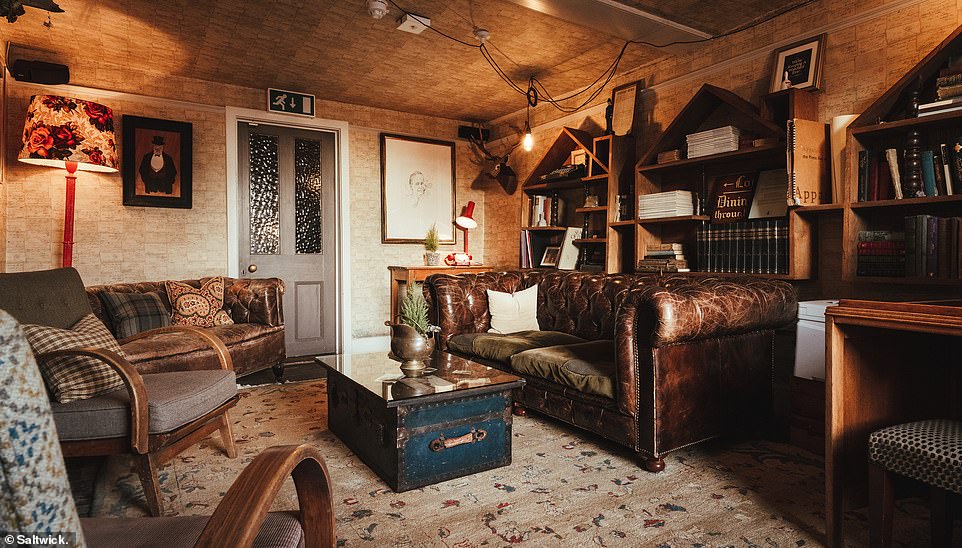 The property ‘pairs old features with crazy modern touches’, according to Richard 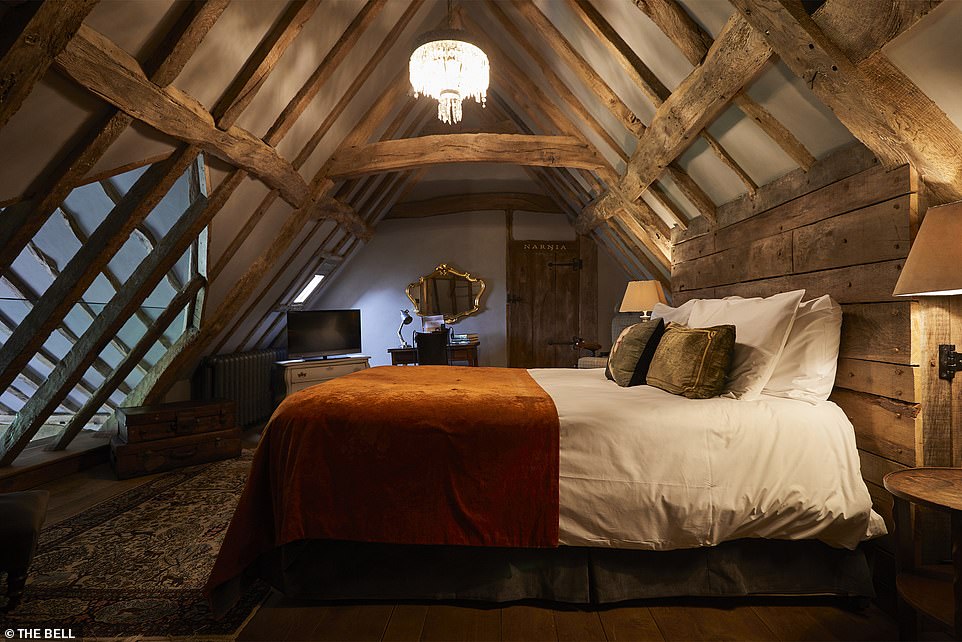 The Bell hosts comedy shows, art classes and live music during the colder months of the year 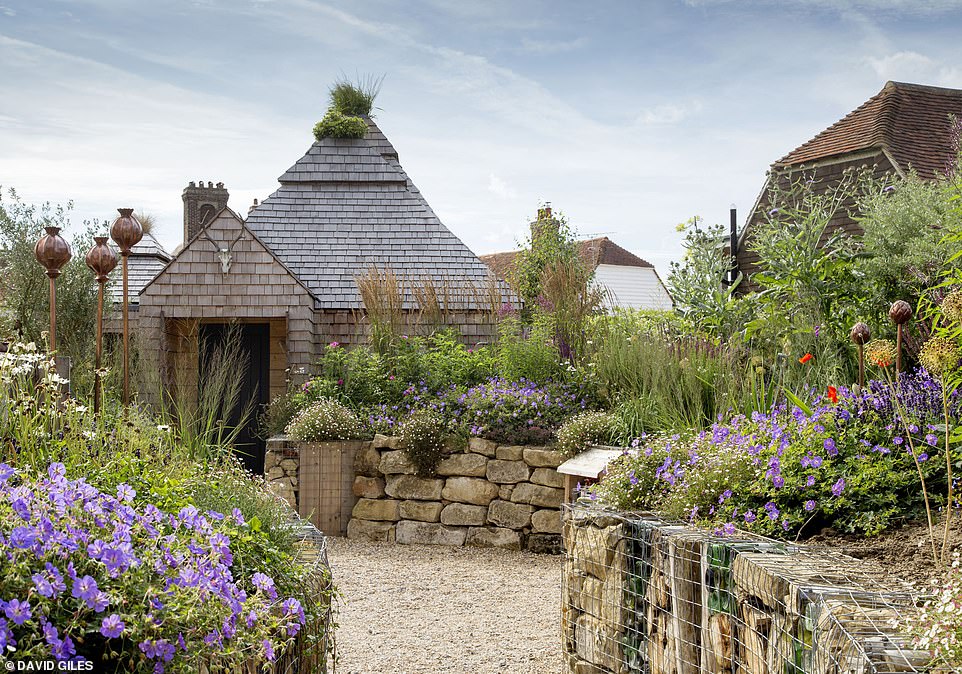 There’s much more to experience in this corner of Sussex’s High Weald: pick your own fruit at Maynard’s farm, fish in Bewl Water, or visit National Trust-owned Bateman’s, the preserved home of Rudyard Kipling, and Pashley Manor and its beautiful gardens.

We dined in The Bell’s cozy bar alongside weary walkers and elderly couples enjoying a weekend away. Classic British dishes with the occasional French influence are on offer, courtesy of newly installed Chef Mark Charker.

Sussex cod with fava beans, lovage and fish veloute is on the menu alongside Bodiam cote de boeuf, but it’s a notch above gastropub prices, with pie and mash with braised lamb and vegetables for £20.

The next morning’s mini croissants are sadly lukewarm, but my cooked English breakfast shines with perfectly baked bread and the tastiest eggs I’ve ever mocked.

The world’s most “overrated” and “underrated” cities,…