A tale of two female Tory candidates, there is only one who can tell you what a woman is, writes LOUISE PERRY 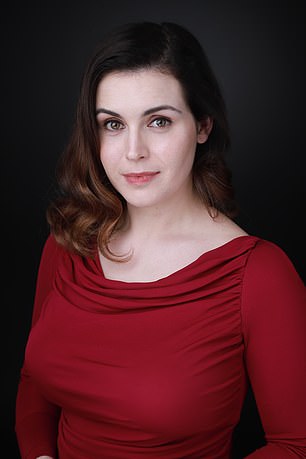 To loud cheers from a Westminster crowd on Monday, hopeful Tory leadership Kemi Badenoch resolutely announced, “I know what a woman is.”

This followed a rhetorical question on Twitter over the weekend from another hopeful leadership, Penny Mordaunt. ‘DO I KNOW WHAT A WOMAN IS?’ she asked, with an immediate reply, “Yes, I do. I am a woman.’

Feminist writer Louise Perry discusses how politicians have responded to the question ‘what is a woman?’

Imagine the bewilderment of a time traveler arriving in the UK in 2022. In every age except ours, the question is ‘what is a woman?’ would be greeted with slack jaws. Is not it clear?

But here we have the people vying to be our next prime minister, grappling with these most basic questions.

Last night, a poll of Tory members showed Mordaunt and Badenoch as the current favourites, well ahead of other candidates with 20 percent and 19 percent of the vote respectively.

Both are glamorous women in their 40s who offer a fresh start to both the conservative party and the country. And both women also disagree about the ‘what is a woman?’ ask.

Badenoch has made a name for herself as the ‘anti-woke’ candidate of choice, and has clearly stated that she has no patience for extremist transgender activism.

While Mordaunt finds himself on the back foot, so much so that the seemingly trivial issues of gender-neutral toilets and favored personal pronouns can nevertheless derail the leadership hopes of a minister used to talking about more serious issues of defense and international aid.

But Mordaunt has made a serious mistake in thinking that this problem doesn’t matter. Transgender people may only make up a small fraction of the population, but political questions about them – especially in same-sex places – have exploded, and for good reason.

Not answering a question as fundamental as ‘what is a woman?’ makes a politician dishonest and insane. ‘If she can’t even answer that’, many voters think, ‘how does she deal with the really difficult questions?’

The problem is that many politicians worry far too much about the opinions of a small number of awake activists. Who can forget the image of Labor leader Keir Starmer writhing on the BBC bench, asked by Andrew Marr if he agreed with the statement ‘only women have a cervix’?

“It’s something that shouldn’t be said,” a mortified Starmer stuttered in reply. “It’s not right.”

All politicians have come to expect ‘the women’s question’, but Badenoch is one of the few who wants to give a clear answer.

Speaking at an acquittal event in Westminster this week, she expressed her frustration at the way transgender ideology is rampaging through our institutions — keeping people from saying what they believe.

‘As a minister, I met clinicians who were unable to express honest professional opinions about patients; schools and NHS trusts that felt pressured to end using the words woman and girl,” she said. “On the abolition of gender neutral toilets, you wouldn’t believe how hard it was to get that through. I had officials write on the notes I issued and say you can’t say that, see if you can say that.’ 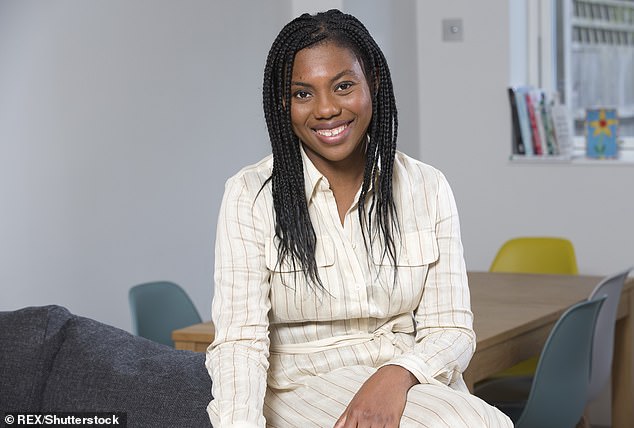 Mordaunt, on the other hand, has discussed this issue time and time again. She describes herself as ‘someone who spoke out quite a bit about trans rights’. And she’s walked the walk, too — in an effort to, for example, include the term “pregnant people” instead of “pregnant women” in maternity rights legislation.

“Trans men are men and trans women are women,” Mordaunt of the Despatch Box said just a year ago during the pregnancy rights debate.

Does she regret those words now? Because she claimed this week that she was actually the person responsible for removing the bizarre phrase “pregnant people” from that bill, even though those changes had been made to the Lords. Her slippery story suggests she’s a candidate who knows she’s made a mistake.

Sometimes she is (to use her phrase) “vocal on trans rights”, but sometimes she does her best to avoid the “what is a woman” question. In 2019, Mordaunt succumbed to characteristic no-nonsense interrogation on the parenting platform Mumsnet.

Given her role as Minister for Women and Equality, Mumsnetters asked her several variations on the crucial question, and she declined to answer them directly.

What explains this inconsistency?

Mordaunt may be influenced by her twin brother James, who has publicly praised her many times, but who has also claimed that LGBT rights among the Tories have “gone backwards,” tweeting that “if you’re a member of the Conservative Party, a Conservative MP, part of this homophobic transphobic government, you are complicit.’

Such sharp comments suggest some serious tension in the family – way beyond a little teasing with siblings. Mordaunt is in a tricky place – she may want to please her brother, but she needs to know by now that the public is not on board with the most strident forms of transgender activism.

British are generally a tolerant group and more than willing to be respectful of people who struggle with unhappiness about their gender.

But polls show that most voters believe that transgender people who identify as women should only be allowed to use women’s toilets after having surgery, and they are not at all happy with athletes born as males who participate in women’s sports. The answer to the question ‘what is a woman?’ the question is an easy one for almost anyone outside the Westminster bubble: a woman is a mature human woman.

Also, most Britons are not in favor of what Badenoch calls the “zero-sum identity politics we see today.” As a black British woman who spent part of her childhood in Nigeria, she has experienced firsthand the culture of low expectations that can hold people from ethnic minorities back.

Penny Mordaunt’s hopeful leadership has made a grave mistake in thinking that this issue doesn’t matter. Transgender people may only make up a small fraction of the population, but political questions about them — especially in same-sex places — have exploded, and for good reason.

As minister for women and equality, Badenoch was crystal clear about the fact that “political race theory” – or what is often described today as “wake up” – should have no place in the classroom.

“The more ethnicity is emphasized,” she has said, “the weaker the national identity becomes.”

Compare this sensible approach to Mordaunt’s comments in her book Greater: Britain After the Storm, published last year, which contains some surprisingly scathing remarks about vintage British film and TV, including Lawrence Of Arabia, and It Ain’t Half Hot. , Mum, the last of which is described as ‘a full-house bingo card of … casual racism, homophobia, white privilege, colonialism, transphobia, bullying, misogyny and sexual harassment’.

Mordaunt supporters have tried to claim she’s “not a awake warrior,” but her track record suggests otherwise. Her recently released campaign video features this curious line of defense: “Choose your leader not because you agree with everything they say, but because you trust their motives.”

I think we can all guess what kind of disagreement she expects. Mordaunt has realized too late that the ‘what is a woman?’ problem could undo her. Her rival, Kemi Badenoch, is the candidate with the best answer – to this question and many others.

LOUISE PERRY is author of The Case Against the Sexual Revolution.