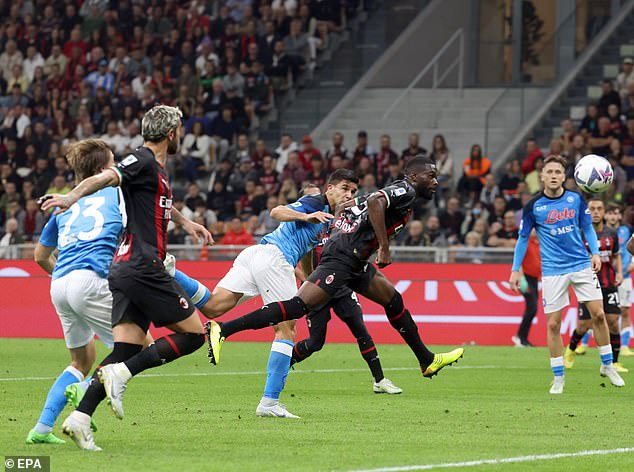 AC Milan 1-2 Napoli: Luciano Spalletti’s side win captivating encounter at the San Siro thanks to Giovanni Simeone late header as they return to the top of Serie A

Napoli racked up three huge points when they won against AC Milan thanks to a late goal from Giovanni Simeone.

The Campanian squad traveled to Northern Italy knowing they would return to the top of Serie A with a win and Luciano Spalletti’s side delivered a stunning performance to ensure they were at the top during the international break.

An end to AC Milan’s 22-game unbeaten run in Serie A, goals from Matteo Politano and Simeone ensured a famous win in Milan.

An equalizing goal from Olivier Giroud looked to save the champions, but Simeone’s superb header ended Milan’s recent long, unbeaten run at home.