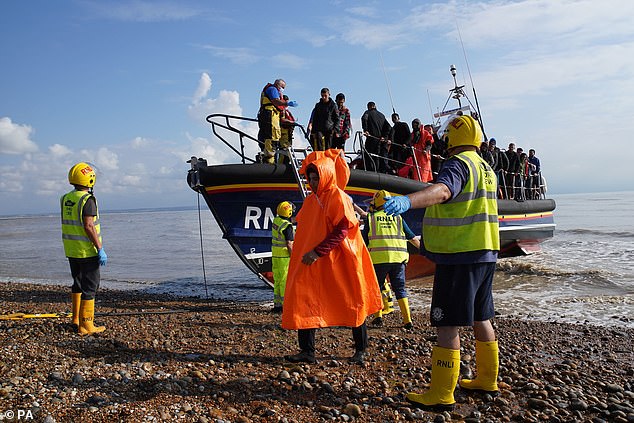 Albanian migrants crossing the Channel could soon be met in Dover by their home country police to have their criminal records checked.

Albanian police are said to help British border forces by checking migrants’ fingerprints and biometrics in their own databases.

Home Office officials will meet with Albanian police today to agree on a plan for the placement of the country’s police officers in British ports.

Government sources said the plan would allow the UK to identify and deport those who are not “conducive to the public interest”.

The settlement is part of an agreement that Interior Minister Priti Patel signed with Albania to deport criminals and illegal migrants.

Ms Patel said the ‘quick removal’ scheme would treat Albanian asylum seekers immediately, and remove those who have no right to be in the UK as soon as possible.

At least 25,000 migrants have crossed the Channel into the UK this year, with 50 to 60 percent of recent journeys being made by Albanians 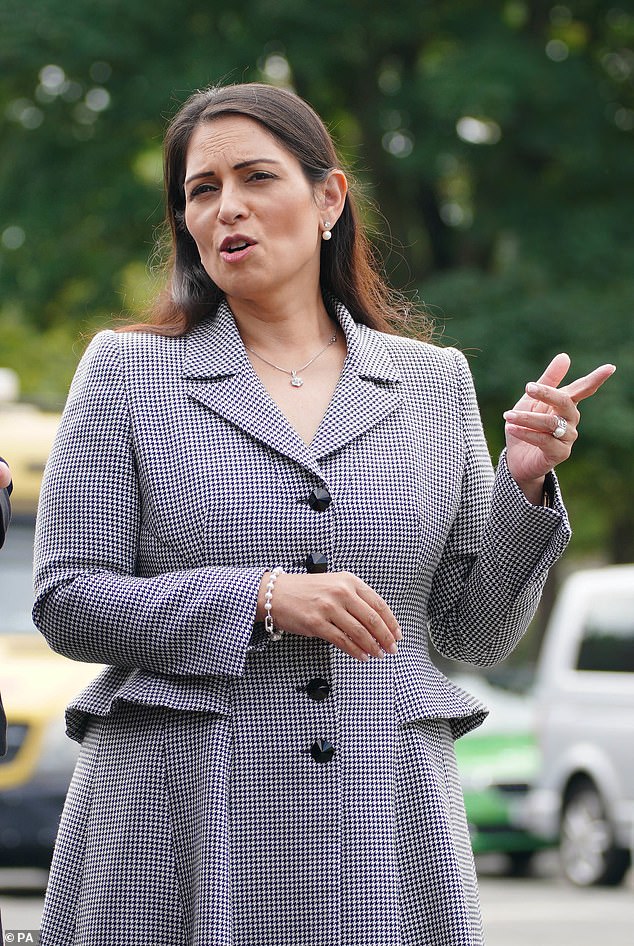 Sources suggested the migrants could be deported “within hours” of arrival.

Britain has paid for a £1 million police station in the Albanian capital Tirana to help the migrants return.

Government sources told The Telegraph: ‘With these biometric data, agents can track down any Albanian who is wanted by the Albanian police or who has a criminal background.

“They get two laptops with all the systems and data that the Albanian police have.”

A Border Force source added: ‘This access would help us immensely assuming there are no data protection or legal issues that would prevent the Albanian police from receiving biographical and biometric data captured by the UK Border Force according to the UK law.

‘This way we can not only find out who they are, but also whether there are known criminals among them. 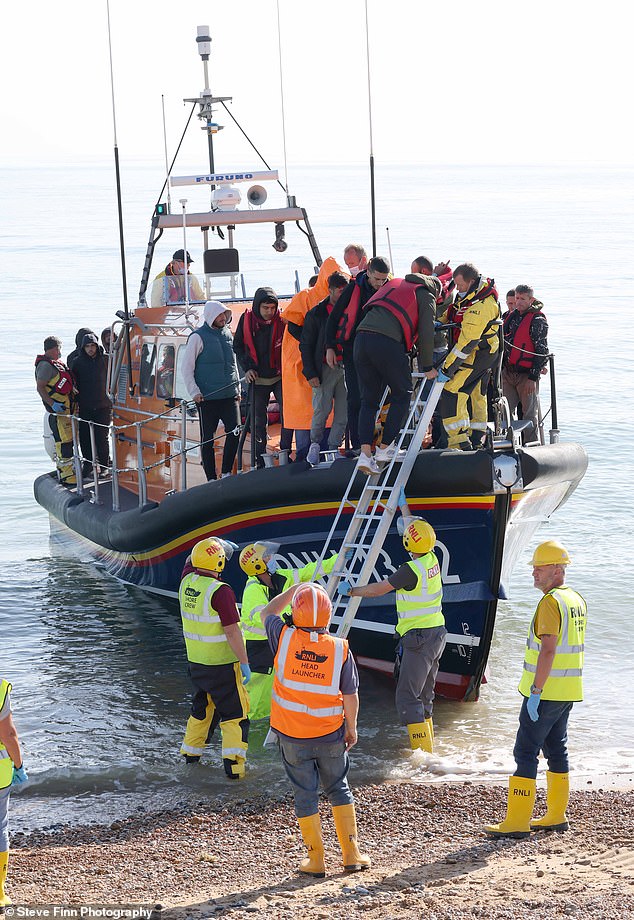 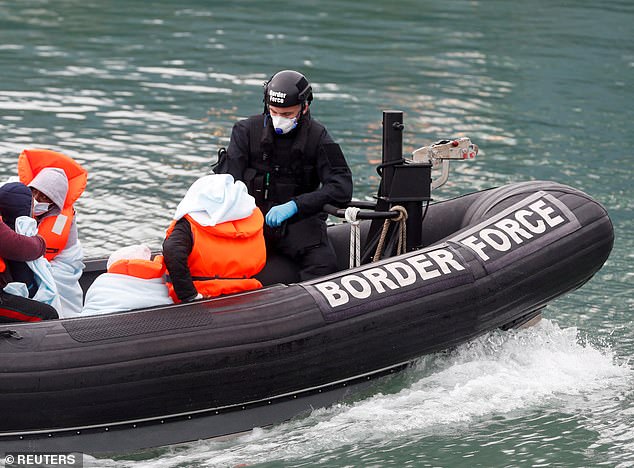 “However, there may be a risk in sharing information about asylum seekers with the government of the country from which they claim they fear persecution, at least before the application is reviewed.”

More than 700 Albanian migrants arrived in the UK in one day last week amid a huge wave of people crossing the Channel. At least 25,000 migrants have made the crossing this year.

The Interior Ministry now estimates that Albanians make up 50 to 60 percent of all Channel Crossings, with arrivals from the peaceful European country overtaking those from Iraq, Iran, Syria and Afghanistan.

Gledis Nano, general manager of the Albanian state police, is said to have suggested sending Albanian agents to Britain to catch criminals arriving in the UK.

Albania has already sent police officers to five French cities to crack down on Albanian gangs.

Albanian migrants have been subject to stricter assessments by British security forces in recent weeks over concerns about organized crime.

About 2,100 crossed the Channel in the first six months of the year, but since June that number has risen to over 6,000.

The Home Secretary said: ‘Large numbers of Albanians are being sold lies by ruthless smugglers and vicious organized crime gangs, leading them to make treacherous journeys in flimsy boats to the UK.

“This abuse of our immigration system and people risking their lives cannot continue. Thanks to our excellent cooperation with Albania, we will take every opportunity to accelerate the relocations of Albanians who have no right to be in the UK.”

“The Home Secretary and I also discussed medium-term solutions to provide better opportunities for young people, and means of legal migration that give skilled professionals and workers access to the UK.”

Nearly all pregnant women are exposed to chemicals that cause cancer, research shows