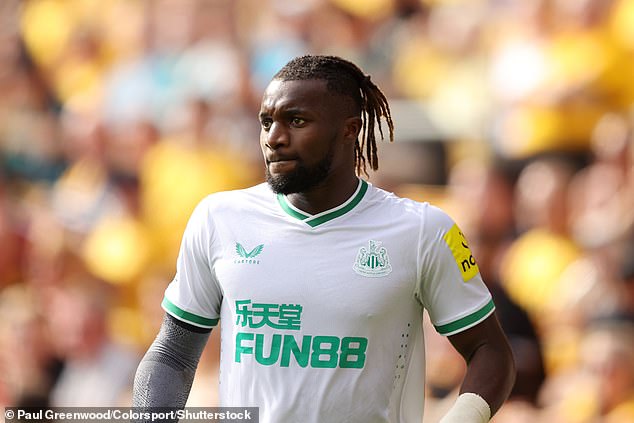 EXCLUSIVE: Allan Saint-Maximin is OUT of Newcastle to Liverpool trip and could miss Saturday’s Crystal Palace clash due to a hamstring injury sustained in draw with Wolves

Allan Saint-Maximin will miss Newcastle’s trip to Liverpool and could be out for at least 10 more days with a hamstring injury.

Sportsmail understands that the winger is also extremely doubtful for Saturday’s visit to Crystal Palace. The match at West Ham a week on Sunday is a more likely return date.

Saint-Maximin picked up the problem during the closing stages of Sunday’s 1-1 draw at Wolves, a point saved by his stunning strike in the 90th minute.

Head coach Eddie Howe said on Tuesday the 25-year-old was a ‘concern’ for the Anfield clash, but added that his side’s injury problems should only be ‘short-lived’. Callum Wilson and Bruno Guimaraes also have hamstring problems.

Better news for Howe is that Alexander Isak, a record £60million, has been allowed to play at Liverpool after being given a work permit from the Home Office.

Newcastle were prepared to wait up to 75 minutes before kick-off for the paperwork to arrive, but they were given permission on Wednesday afternoon.

And Howe could very well be tempted to start with the 22-year-old attacker, given the loss of those key figures in attack areas. 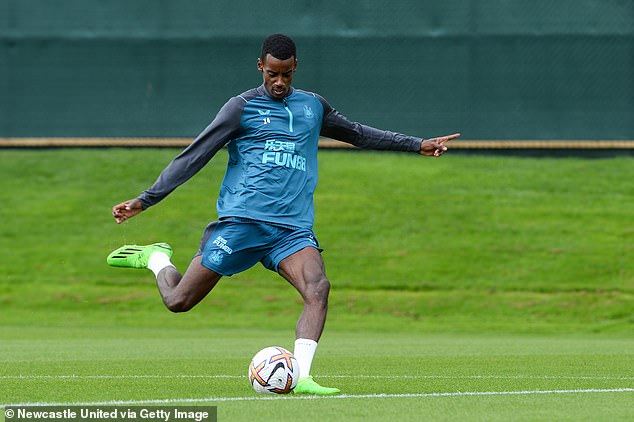