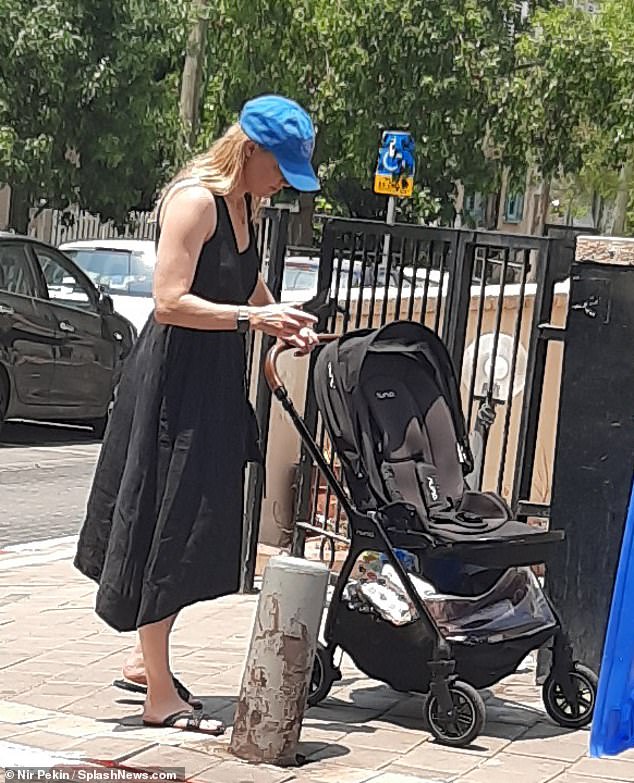 Amber Heard was spotted Monday walking through Israel dining at a cafe in downtown Tel Aviv with her friend, Eve Barlow, the controversial journalist banned from the Johnny Depp trial for defamation.

Heard was out in a black dress, flip flops and a blue cap.

While in Tel Aviv, she was also spotted browsing bookstores and having lunch with Barlow, who stood by her during the trial and was prevented from observing the proceedings in April, after she was caught texting and tweeting from the first. row of the courtroom. usually reserved for legal advisers.

Heard was out in Israel in a black dress, flip flops and a blue cap 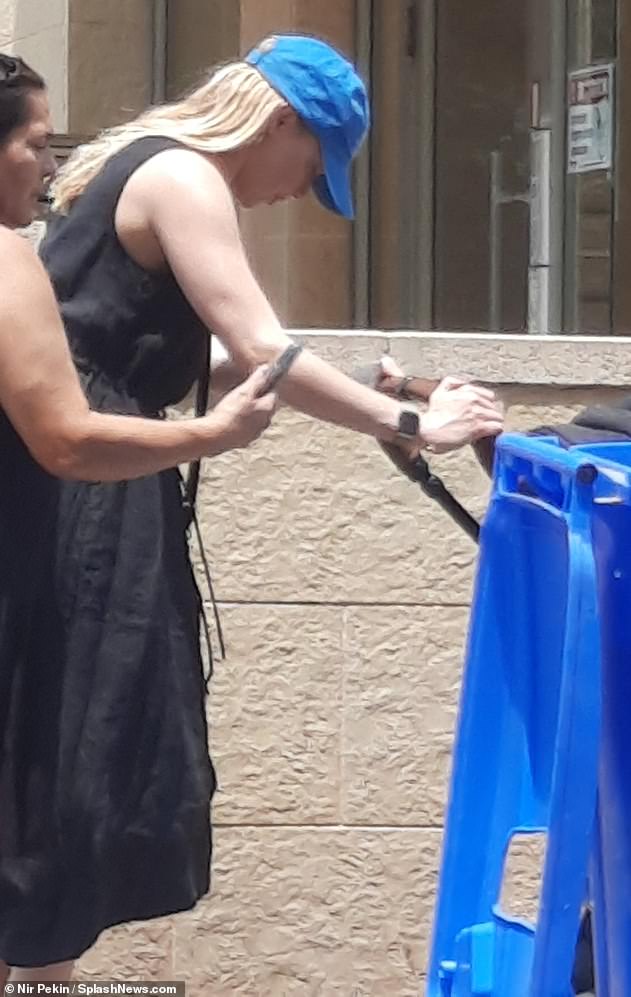 Fresh off her defamation lawsuit with ex-husband Johnny Depp, Amber Heard was spotted in Tel Aviv earlier this week

She also reportedly tried to provide legal advice to Heard’s team by showing them social media posts from a Depp witness, which she claimed were compromising. Depp’s lawyers successfully filed a motion to permanently bar Barlow from the courtroom.

After receiving criticism online for her fervent support of Heard, Barlow claimed the negative comments against her were fueled by misogyny and anti-Semitism. 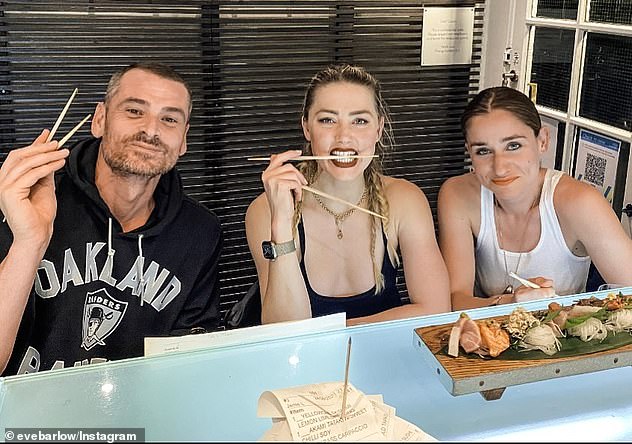 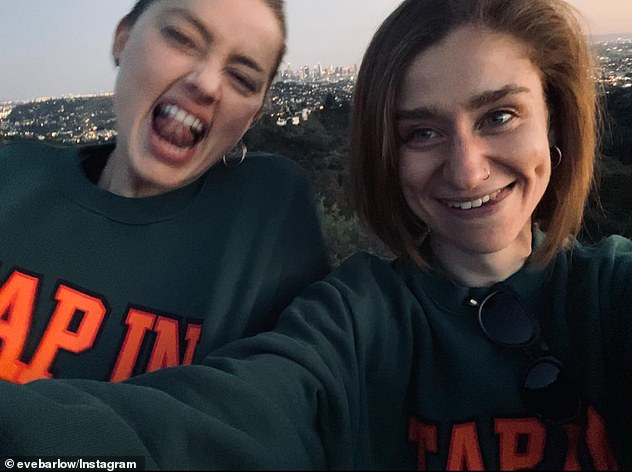 Barlow (right), former deputy editor of the music bible NME and contributor to New York Magazine, stayed by Heard’s (left) side for the past year

JC Halper, owner of Halper’s Book Store in the Israeli city, said he was surprised to see Heard walking down his aisles on Tuesday as she bought his book detailing his adventures in the store.

“Say what you will about Amber Heard, (and what little I knew about her was negatively influenced by the media as well), the person who spent nearly an hour browsing my shop last Tuesday, with her toddler girl and some friends, was a humble, polite, friendly, inquisitive, self-effacing customer with a high literary taste,” Halper wrote. 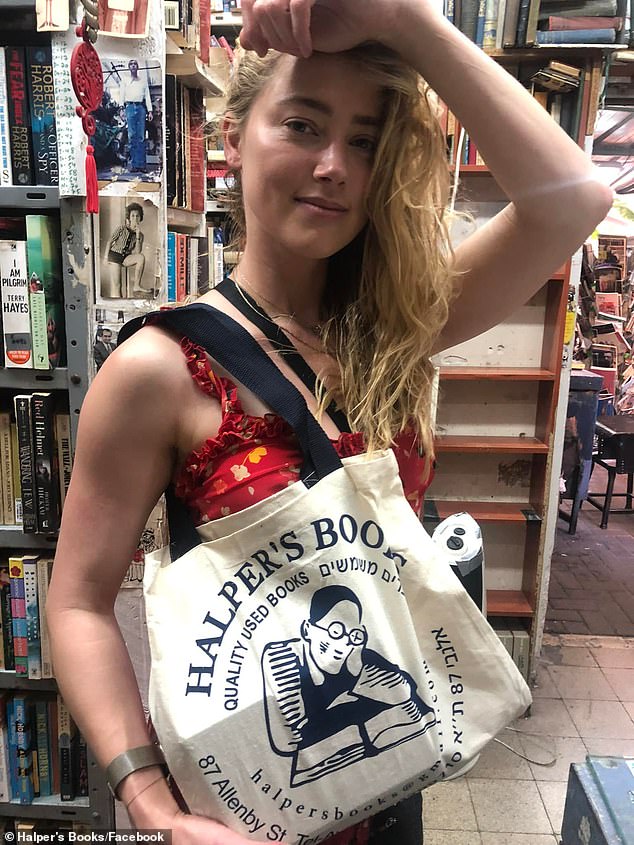 “Actually, I had no idea it was her until she showed her credit card. She is now also the proud owner of my book “The Bibliomaniacs” and promised to send me feedback on it.’

The trip to the bookstore came a day after Heard was seen eating dinner with Barlow, the former deputy editor of the music bible NME and contributor to New York Magazine.

Heard’s outing in Israel comes as both she and Depp appealed the verdict reached the jury in their heated defamation lawsuit, awarding Depp $10.35 million and Heard just $2 million.

She was ordered to pay Depp a total of $8.3 million after she was found guilty of defamation, but says she doesn’t have enough money to do that. 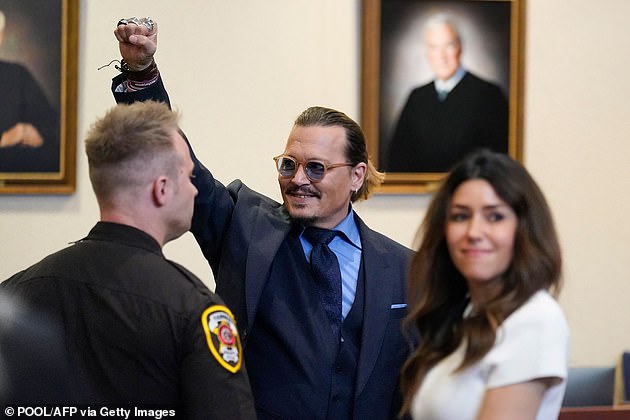 Ironic, The everyday beast reported that the actress’s lawyers begged her to pursue what they believed were “tens of millions of dollars” she was entitled to through Depp’s “Pirates of the Caribbean” profits ahead of their trial.

They claimed that because Depp made Pirates of the Caribbean 5 during the marriage, it was “community property” and a property that Heard was entitled to.

Heard wouldn’t let them go after that money, while her lawyers said via email that she was “true to your word” that it wasn’t about cash.

What Kate Middleton and Other Celebrities Look Like With Swapped Faces