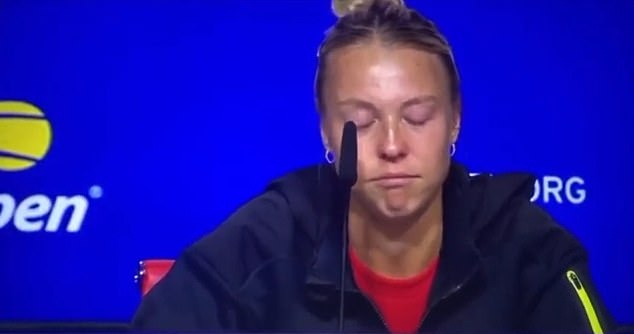 Anett Kontaveit tearfully leaves her press conference after losing the Serena Williams US Open, admitting that the raucous Arthur Ashe crowd was ‘very difficult’… as the Estonian journalist who asked the last question insists ‘it wasn’t my intention ‘

Annett Kontaveit left her media duties with tears in her eyes after the second-round loss to Serena Williams at the US Open on Wednesday night.

Estonian World No. 2 could no longer contain her emotions and started to cry when she asked a question from a reporter in her native language.

“I mean, it was hard… it was something I’ve never experienced before,” she said.

The 26-year-old was courteous in her assessment of the pro-Williams crowd at Arthur Ashe Stadium, but admitted it was taking its toll.

“I don’t think it’s a personal attack on me or anything. I mean, it’s fair. I was absolutely not ashamed to lose to Serena. It was very difficult with the public.’

Kontaveit, of course, entered the tournament as one of the favorites for the women’s title, but succumbed to the brilliance of Williams, who viciously fought back to take a 6-7, 6-2, 6-2 win.

The arguably overblown procession continues for the modern tennis matriarch, but it’s the end of the road for Kontaveit, who has struggled to impress at this year’s grand slams. 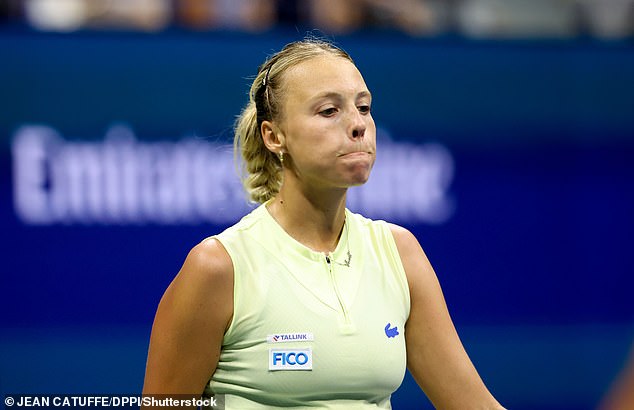 My apologies. It wasn’t my intention at all. I was just thanking her for the best match an Estonia can experience on television. She said she had nothing to be ashamed of losing to Serena and that the crowd was really loud, and that was it.

“I didn’t think I played a bad game at all,” Kontaveit said during the press conference.

“She definitely raised her level in the third set. She played great. In the first set, she served so well in these key moments.

“I fought really hard, I thought I played a decent game. She was better today. It was her moment. 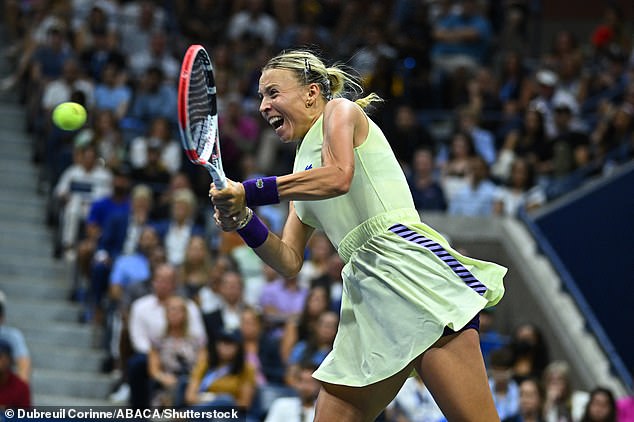 “I was trying to do my own thing. This is, of course, all about her. I was well aware of that.’

Gunnar Leheste was the reporter who sparked his compatriot’s emotional response,

‘My apologies. It wasn’t my intention at all,” he said via Twitter.

‘I was just thanking her for the most beautiful match an Estonian can experience on television. 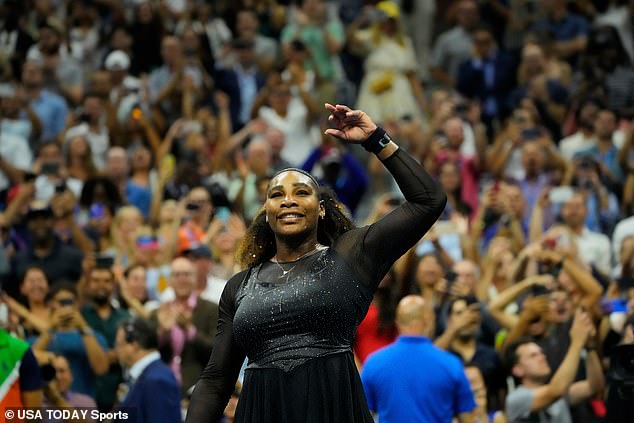 “She said she didn’t have to be ashamed of losing to Serena and that the crowd was really loud, and that was it.”

Williams now advances to the third round of her latest grand slam, in what could again be her last game.

The 40-year-old mother will take on Australian Ajla Tomljanovic, who sent off Evgeniya Rodina in three sets on Tuesday – 1-6, 6-2, 7-5. 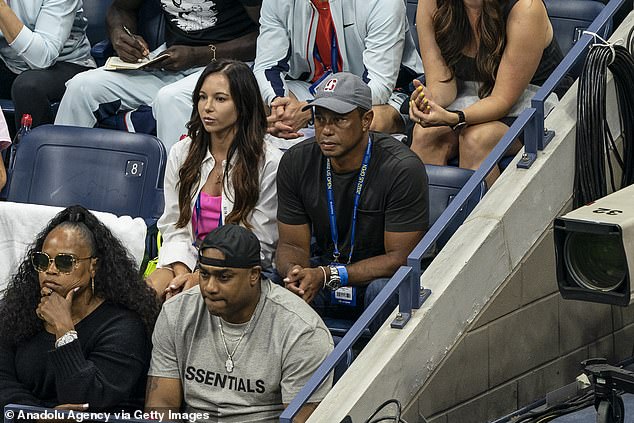 Williams had the crowd on her side throughout the match, including some faces of Flushing Meadows.

Tiger Woods, the Hadid sisters and actress Zendaya were among the celebrities in attendance as the US Open fairy tale continued. 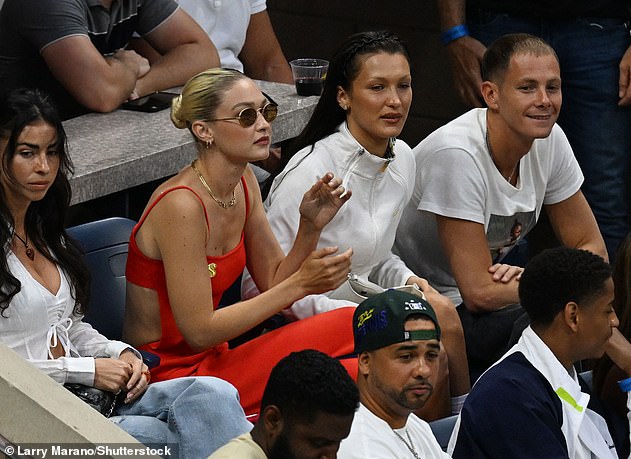