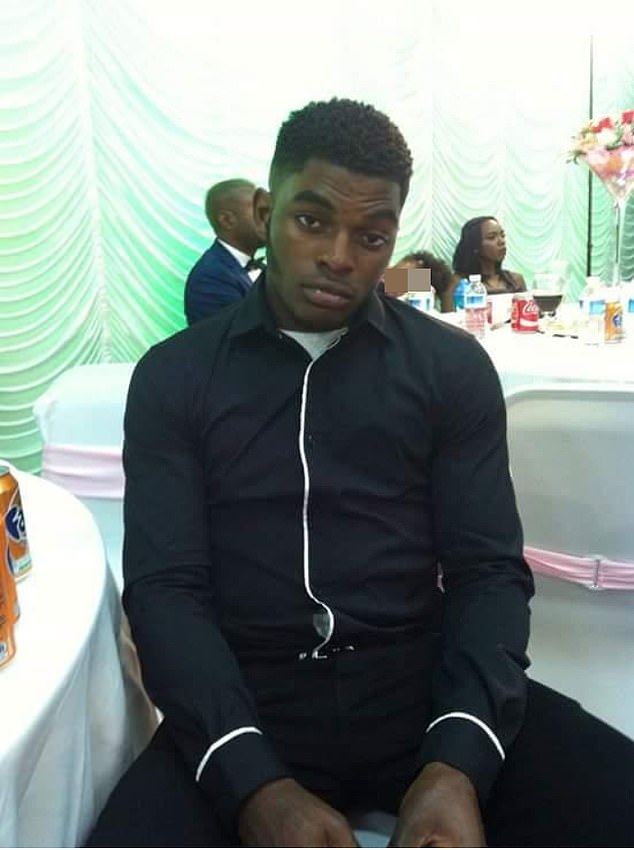 Armed police officers have said they will surrender their weapons in protest after their colleague was suspended for the fatal shooting of 24-year-old father-to-be Chris Kaba.

They are said to be “furious” at the IOPC’s decision to suspend the officer who shot Kaba in South London.

Mr Kaba was killed after a vehicle stop on 5 September in Streatham Hill, south London, when the Audi he was driving was surrounded by two police vehicles in Kirkstall Gardens, a narrow residential street, and one shot was fired from a police weapon.

The officer has been given limited duties but will still be allowed to work while the IOPC conducts a murder investigation, which was launched last week after it was confirmed that Mr Kaba was unarmed.

A source said of the officer’s suspension: “There is real anger in the ranks here. Firearms officers do not receive extra money to carry out their duties.

“They’re all volunteers and they feel more and more ‘what’s the point of doing this if our bosses don’t support us.’

“There is no protocol that an officer should be suspended after a fatal shooting, in other cases that has not happened, so the question is ‘why now’?”

The source added that the decision to suspend the person involved was made to “appease public anger” and asked what message it is sending to other armed officers who go out and risk their lives every day.

It’s unclear how many of the Met Police’s 3,200 armed officers will step back.

However, sources have said the mood is “ugly and growing.”

Kaba, 24, who was about to become a father, was murdered unarmed on September 5 after a police chase that ended in Streatham Hill, south London.

According to the Telegraphthe armed officers are ready to tell their bosses that they will step back after the queen’s funeral is over and that they will not carry weapons on patrol.

The IOPC said officers had chased the car while the car Kaba was driving was marked with automatic number plate recognition and they believed it was related to a previous firearms incident.

Police later said that no weapon was found in the car and that it was not in Mr Kaba’s name.

Kaba’s family, campaigners and MPs had previously called for the agent to be suspended. 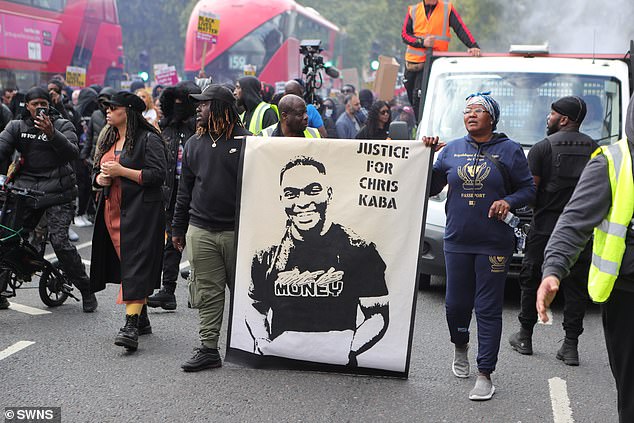 London Mayor Sadiq Khan said the suspension is a “very important decision” that he “fully supports”.

It comes after Chris Kaba’s family said they hadn’t heard of his murder for 11 hours and demanded to see video footage of his final moments.

His cousin Jefferson Bosela, speaking on BBC Radio 4’s Today programme, said: ‘The family discovered 11am’ [after he died]then his mother would have woken up and gone to work, not knowing that her son was no longer alive.’

Mr Bosela said the family would like to see bodycam and aerial footage of the incident, and would like to know how long the IOPC investigation will take.

He said: “We want the images to be shown to the family to get a clear picture of what happened.” 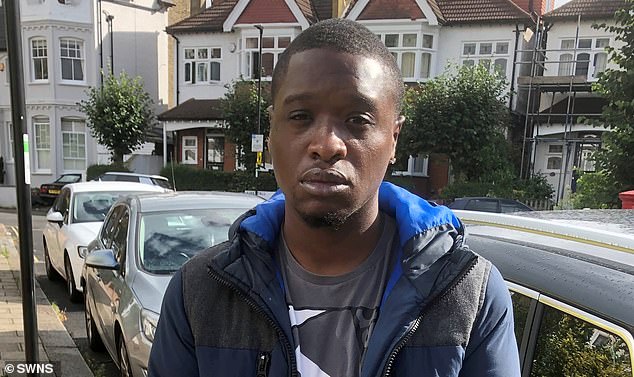 Jefferson Bosela, Kaba’s cousin, said the family would like to see bodycam and aerial footage of the incident, and would like to know how long the IOPC investigation will take.

About the IOPC’s decision to suspend the officer yesterday, Mr. Bosela said the family welcomed it but felt they were too slow to act.

Mr Bosela added: ‘I think the second time an investigation was opened, he should have been suspended there.

“You know, it’s the fact that the IOPC is going a little too slow. First we wanted to open a criminal investigation and that lasted three to four days, and then we wanted the officer to be suspended and that lasted another two days.

“So it seems there is no urgency in their dealings with this tragic case.”

‘We are not going to wait years for this. We want justice as soon as possible.”

It comes after hundreds of protesters gathered at New Scotland Yard on Saturday after the shooting.

Campaigners and MPs, including Harriet Harman and Bell Ribeiro-Addy, had previously called for the officer to be suspended, describing it as “incomprehensible” that the officer was not disciplined in the aftermath of the shooting.

Bosela said the family wanted to know if the police knew if he was in the car or simply following the vehicle.

“They haven’t given us a definitive answer,” Mr Bosela said.

Speaking with the BBChe said, “I said he wasn’t perfect…but despite that no one deserves to be killed by the police unless there is an immediate or direct threat to the public, which at the time from what I hear, he wasn’t.’

The family was made aware of the suspension as they held a vigil for Mr Kaba in Kirkstall Gardens Monday night.

Mr Bosela said: ‘We welcomed the news, but it came a little too late. Once there is a criminal investigation, you must suspend the agent. In any other job you would be suspended immediately.

“I don’t know why police officers are still given the luxury of working, even though a criminal investigation is underway.” 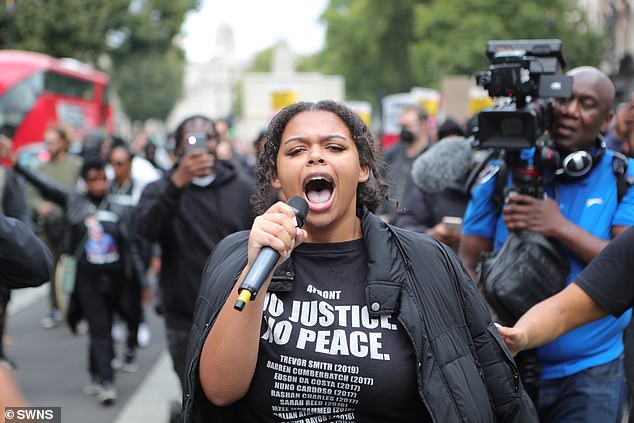 The family was made aware of the suspension as they held a vigil for Mr Kaba in Kirkstall Gardens Monday night.

Monday night’s vigil marked the first time Mr Kaba’s mother, Helen Nkama, had been at the scene of his death.

Mr Bosela said: ‘Chris’ parents are suffering an unimaginable loss. The nature in which he died makes it really hard and so hard. They are so strong, but they are having a hard time.

“At the wake his mother said, ‘Chris, what did you say in your last minutes? I wish I only had one minute with you, please speak to me.” It was heartbreaking.

‘Personally I have not eaten. I’ve lost so much weight. I mourn when I can, but my focus now is on fighting for justice.”

He added that the police’s actions have reinforced the lack of trust in them: ‘The trust was never there anyway. (The relationship) is already damaged and broken. It’s reaffirmed what it felt like: that the trust is gone.’ 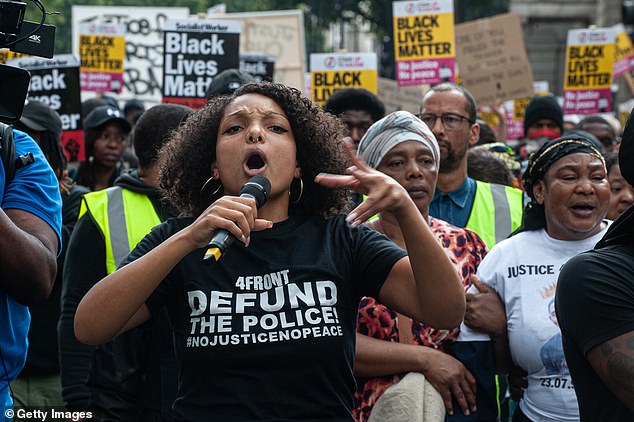 With Assistant Commissioner Amanda Pearson on Monday, in a statement following the officer’s suspension, he said: “Following Chris Kaba’s death, the firearms officer involved has been suspended.

“This decision was made after careful consideration of a number of factors, including the significant impact on public confidence, and in light of the announcement of a murder investigation by the Independent Office for Police Conduct.

“Our thoughts and condolences go out to Mr Kaba’s family and friends. We understand the concern of communities, especially black communities, and thank those who work closely with our local officials.”