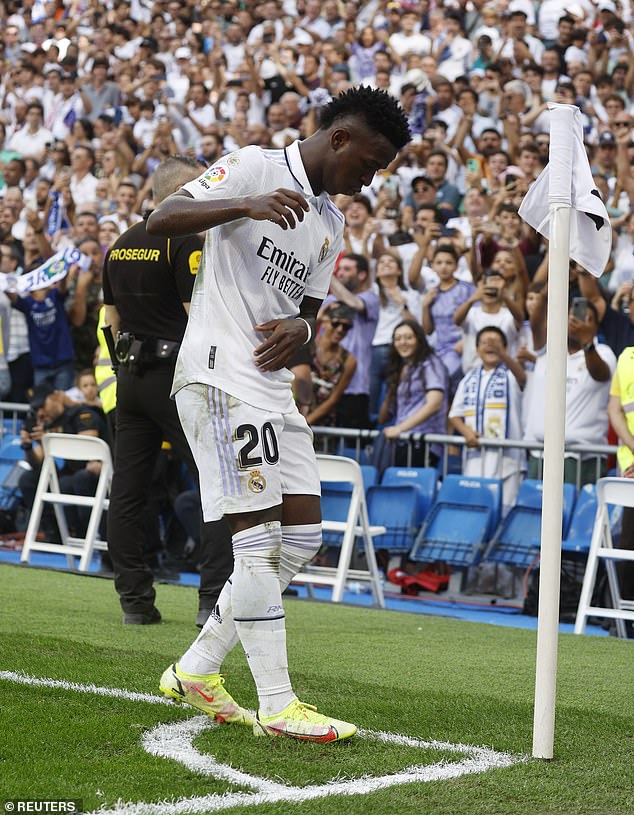 Vinicius Jr was criticized earlier this week by Spanish football agent Pedro Bravo, who accused the 22-year-old of disrespecting Real Mallorca when he danced after scoring against them last weekend.

His comments sparked outrage when Bravo declared that Vinicius Jr should “stop playing with the monkey” during his outburst.

“You (Vinicius Jr) must respect the opponent,” Bravo said live on El Chiringuito.

‘If you want to dance, go to the sambadrome in Brazil.

“In Spain you have to respect your rivals and stop playing the monkey.”

He would later apologize for his comments and insist he had no intention of being racist.

“I want to make it clear that the expression ‘playing the monkey’ that I misused to qualify Vinicius’ goal celebration dance was done metaphorically (doing stupid things),” he said.

“Since it was not my intention to offend anyone, I offer my sincere apologies. Sorry!’ 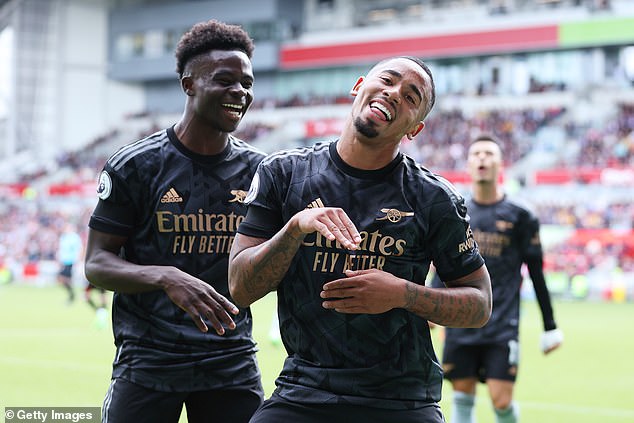 Gabriel Jesus scored against Brentford and celebrated with Bukayo Saka . to dance 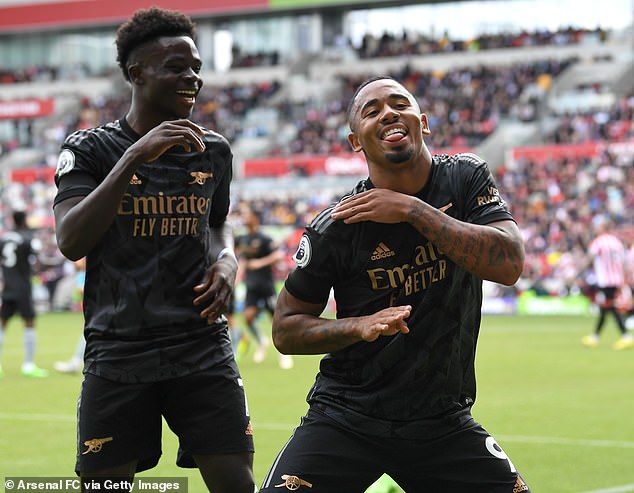 A number of players have gathered around Vinicius Jr following Bravo’s comments, with Neymar urging the young winger to continue dancing if he wanted to.

Jesus also posted on Twitter on Friday in support of his compatriot ‘Danca, Vini!’ (Dance, Vini!)

He sent another message of support to Vinicius Jr on Sunday after sending home Granit Xhaka’s cross to put Arsenal 2-0.

He ran behind the goal to celebrate with Bukayo Saka and started dancing in front of the TV cameras, just like Vinicius Jr did seven days earlier.

Vinicius Jr is set to play in the Madrid derby on Sunday night, and he could once again bring his dance moves to the fore if he comes on the scoresheet against Atletico Madrid.