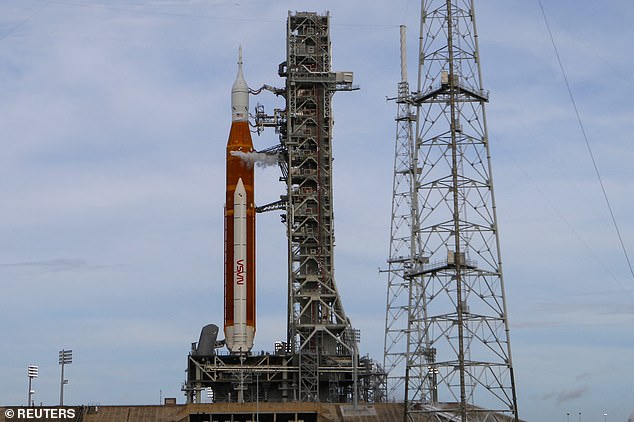 NASA will attempt to launch the Artemis 1 rocket again on Saturday, September 3, after the first attempt was scrubbed on Monday. The historic launch was delayed after an engine bleed could not be remedied.

The launch of the most powerful rocket the world has ever seen for a mission to the moon will meet again Saturday at 2:17 p.m. eastern time, with a two-hour window, NASA told reporters on Tuesday.

According to the agency, a liquid hydrogen fuel line has not properly cooled one of the Space Launch System’s (SLS’s four core stage engines), which are part of the preparations needed before the engine can ignite. However, NASA said there is no need to change the engine.

Officials clarified on Tuesday that there is nothing else physically about the engine that would have prevented proper cooling, but rather they suspect a sensor is faulty.

NASA scrubbed the Artemis I mission at 8:35 a.m. ET due to a leaking engine that failed to reach the correct temperature. This was supposed to be tested at the final dress rehearsal in June, but a separate fuel leak cut the event short 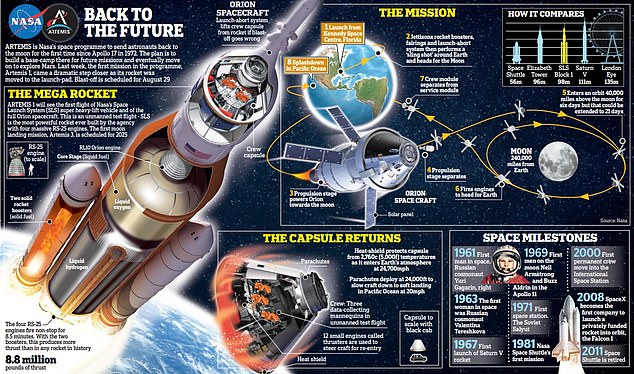 How the mission will unfold: NASA plans to launch the most powerful rocket the world has ever seen for a mission to the moon

John Honeycutt, manager of the agency’s Space Launch System (SLS) program, said Tuesday that the engine causing the deceleration — engine 3 — was about 30 to 40 degrees (Fahrenheit) warmer than the other three engines. The goal was for all four engines to reach negative 420 degrees Fahrenheit.

Honeycutt said it’s “not very unusual” for a sensor to be off 30 to 40 degrees, but noted that the reading didn’t match what was expected based on the physics of the situation.

Replacing the sensor before Saturday’s launch attempt is not feasible, NASA officials said. Instead, the team behind the latest mission to the moon will begin its “hydrogen venting” — the process of circulating hydrogen to cool the engines in preparation for flight — will begin about 30 to 45 minutes earlier than the previous attempt. 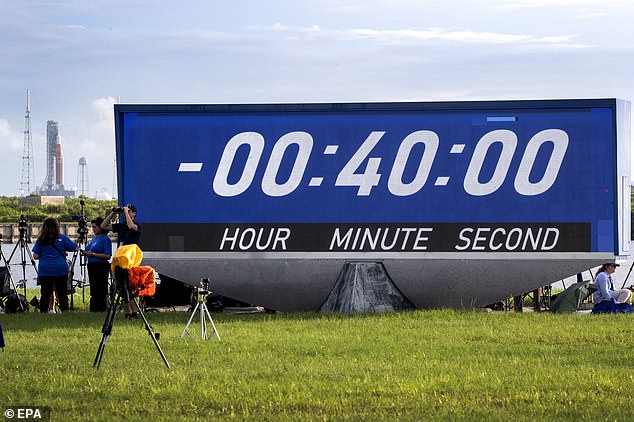 The leaking engine, along with a crack in the core trap, were identified around 7:30 a.m. ET. NASA immediately stopped the clock at T-minus 40 minutes

Another potential obstacle to a Saturday launch is the weather.

Launch Weather Officer Mark Berger said on Tuesday there is a 60% chance of a weather violation on Saturday. Showers and thunderstorms are forecast for the weekend in the area.

Artemis I, along with its Space Launch System rocket and Orion spacecraft, is currently sitting on Launchpad 39B at the Kennedy Space Center in Florida awaiting its second chance. the center is located in Cape Canaveral, about an hour east of Orlando.

Berger said he is “optimistic” that the designated 2 p.m. window will provide clear skies, as winds are expected inland away from the coastal start.

The Atlantic has had no storms all August, marking it as one of the calmest periods in history for a month that typically produces the most storms and hurricanes. That calm is expected to end over Labor Day Weekend, as two weather systems off the Atlantic coast — where Artemis 1 sits — have the potential to become the season’s next major tropical storm or hurricane.

Tropical depressions can be difficult to predict at such an early stage, but models have indicated that one of the systems, if it came to power, could move to Bermuda and then possibly the US East Coast. This system has been given an 80% chance to form in the next five days. 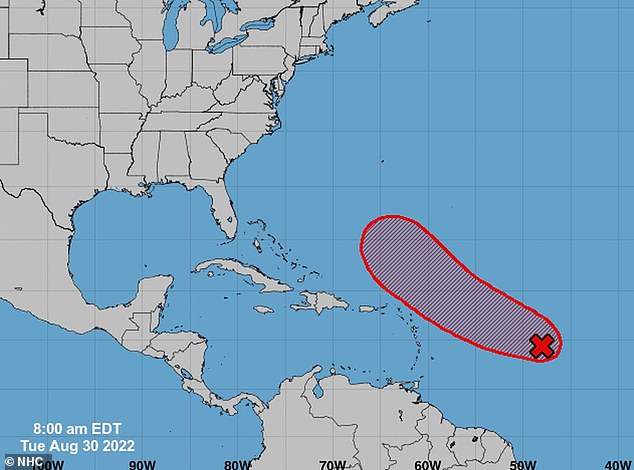 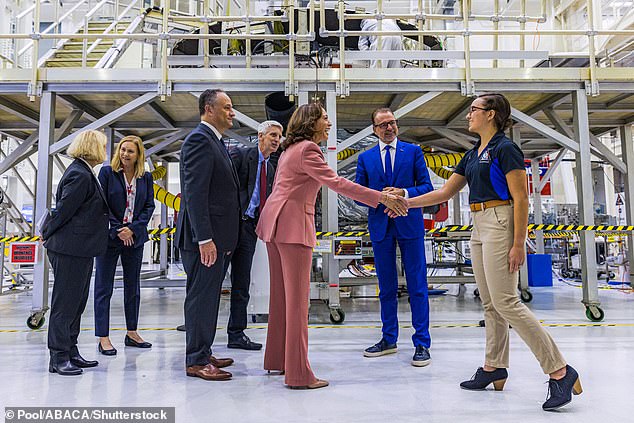 Among the spectators was US Vice President Kamal Harris who supported NASA and the Americans in tailoring the event. She said the scrub will enable NASA to ensure the rocket can be launched safely next time 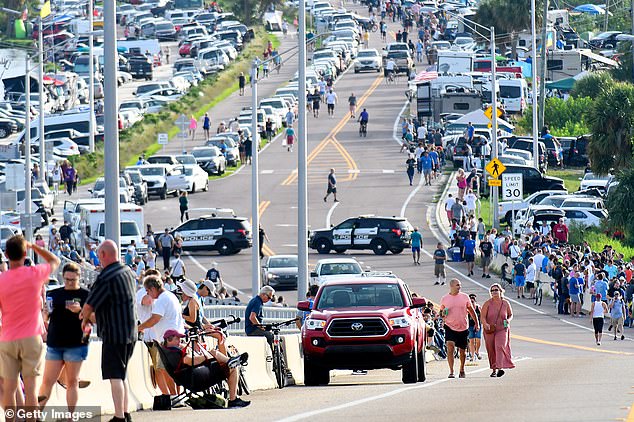 A sea of ​​disappointed spectators are heading home after the Artemis I mission was canceled at 8:35 a.m. ET Monday. NASA said there was a leak in the engine