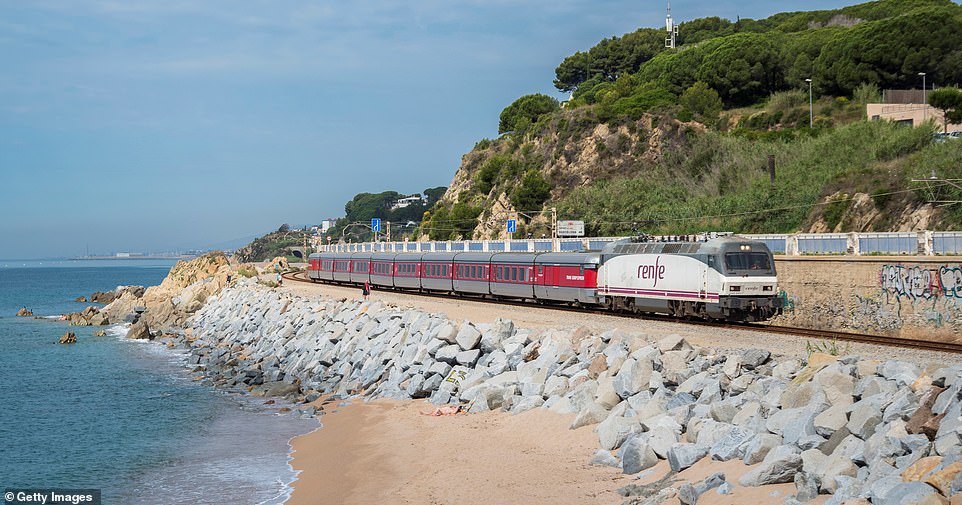 The Spanish government wants to ease the pressure on household budgets – so from tomorrow trains in Spain of less than 288 miles will cost nothing at all.

Tickets are available to both tourists and Spanish residents for bookings on cercanias (shuttle service) or media distancia (medium distance) trains offered by Renfe, the national operator. However, the country’s AVE high-speed rides are excluded.

The new arrangement is for ‘multi-journey’ tickets and can be spread over several days. They are not for single rides.

Tickets can be arranged at stations after registering online for a Mas Renfe card at renfe.com, which gives you a QR code to show station staff. A security deposit of £8.45 is required.

For journeys longer than 188 miles, tickets are half the price on many routes. Traveling by train through the off the beaten track of Spain can be very rewarding. But where to? Here’s our guide to some great, lesser-known attractions – for free. 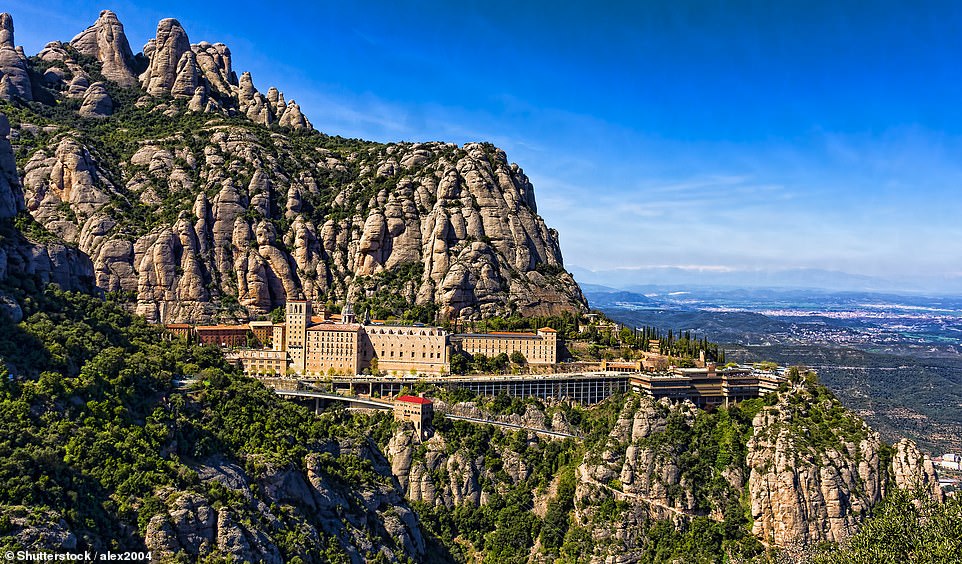 Make the Benedictine Monastery at Montserrat (above) the first stop of a train exploration from Barcelona, ​​then travel inland among the crimson mountains to Manresa

Tucked in the mountains 80 kilometers northeast of Barcelona, ​​the Benedictine Monastery of Montserrat is home to a famous abbey and an icon of the Black Virgin.

Make this the first stop of a train exploration from Barcelona, ​​then travel inland between the crimson mountains to Manresa, home to ancient churches, squares and the cave in which St Ignatius had revelations in 1522. From there the rest of Catalonia unfolds. 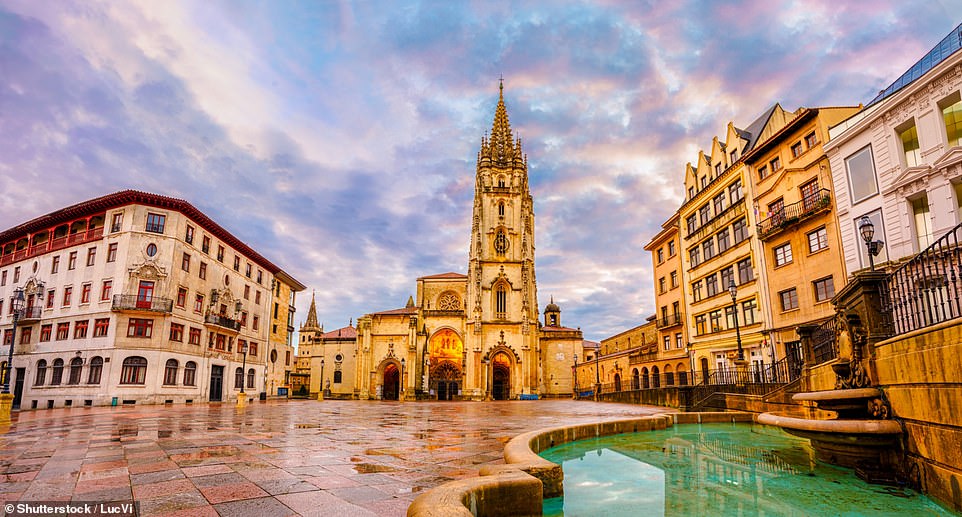 This cathedral city of Oviedo is known for its medieval center, Museo de Belles Artes and cheerful sidrerias (cider bars)

Renfe runs fantastic narrow gauge trains along the north coast of the French border to Ferrol, a naval port on the Atlantic Ocean.

One of the most beautiful drives is along the route from Oviedo. This old cathedral city is known for its medieval center, Museo de Belles Artes and cheerful sidrerias (cider bars). The drive to Ferrol in the region of Galicia goes through rolling hills before hugging the dramatic coastline. 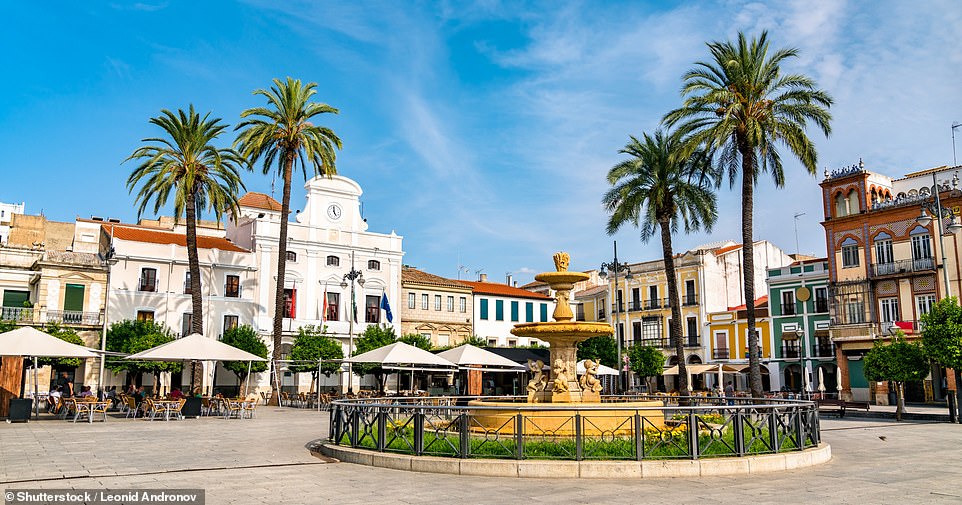 The journey to Merida (above) passes through an arid landscape, arriving at a beautiful Roman aqueduct

The region of Extremadura is tucked away in southwestern Spain and this drive from Badajoz hurtles through the sparsely populated countryside to the ancient Roman city of Merida.

Badajoz has a beautiful cathedral and a Moorish castle. The journey to Merida goes through an arid landscape and arrives at a beautiful Roman aqueduct. 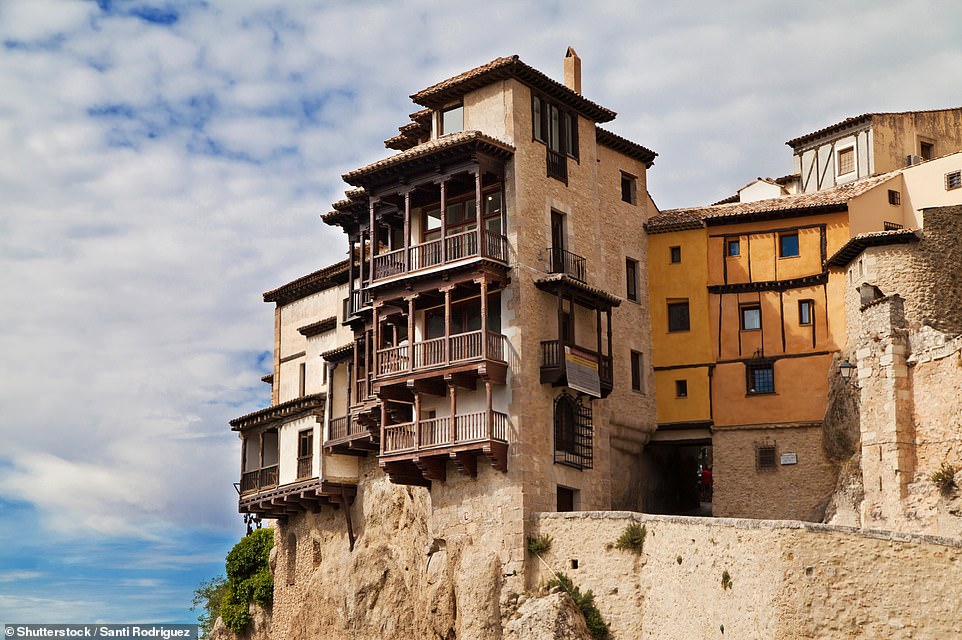 At Cuenca, the old quarter is perched on a cliff with ‘hanging houses’ staggering above a gorge

55 miles south of Madrid, Aranjuez is known for its 1560 royal estate, with picturesque palace gardens and tranquil squares. The slow train to Cuenca, 90 miles to the east, traverses a beautiful, remote landscape of cornfields and fruit orchards before heading into craggy mountains. In Cuenca, the old quarter is perched on a cliff with ‘hanging houses’ staggering above a gorge, plus art galleries galore and a medieval cathedral. 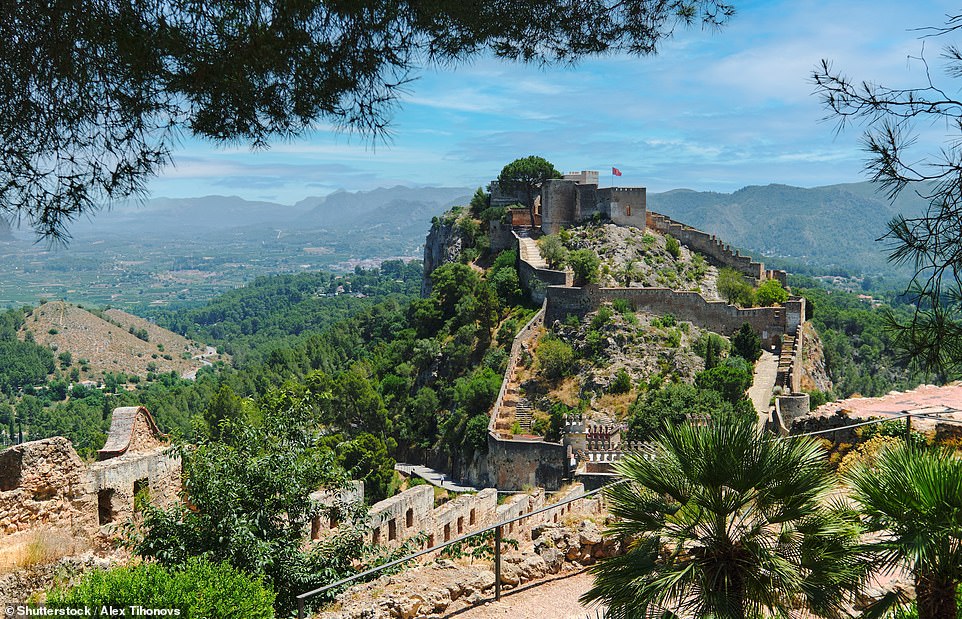 From Xativa (above), a railway weaves between the peaks to reach the hidden city of Alcoy

The town of Xativa, 65 kilometers south of Valencia, is dominated by a hilltop castle overlooking the Alicante mountains. From Xativa, a railway weaves between the peaks to reach the hidden city of Alcoy. The old quarter, which sits on a ridge, has a museum that explains the fascinating history of 19th-century workers’ uprisings and ornate houses of former factory owners. 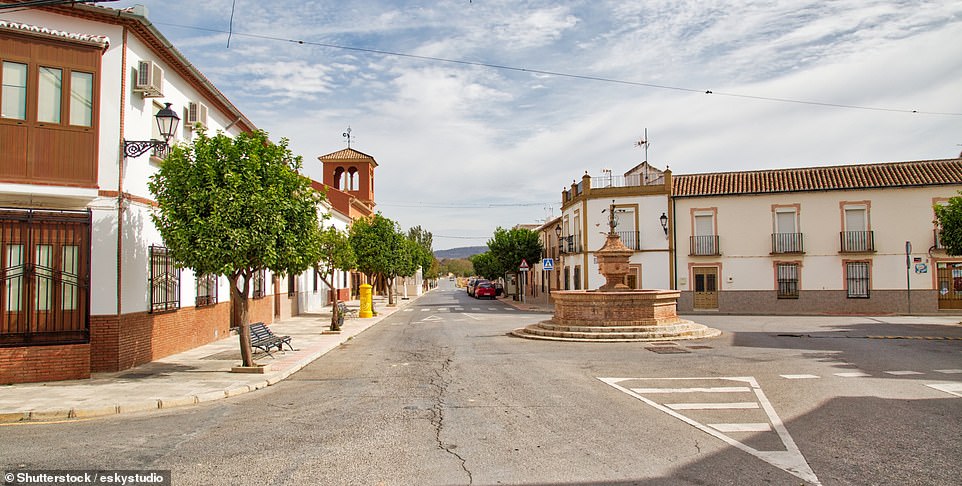 Bobadilla is a small village that acts as a stopover on the lines connecting Malaga, Seville and Algeciras. It’s home to an old-fashioned station cafe where locals exchange gossip and watch train passengers (and trains) come and go.

The leisurely drive south from here traverses a tomato-red landscape dotted with cacti, winding between hills and along rivers. Algeciras is an interesting port with a Moroccan feel (it’s only 30 miles by ferry to Tangier).

Locals smoke shisha pipes in cafes, with Gibraltar and Africa on the horizon.

Tom Chesshyre is author of Slow trains across Spain: a 3000 mile adventure on 52 journeys.