‘I’ve lost about 12 pounds’: Ashton Kutcher, 44, reveals he’s slimmed down while training for the New York marathon, adding his wife Mila Kunis has been ‘super supportive’

Ashton Kutcher has lost 12 pounds as he prepares for the TCS New York City Marathon on Nov. 6.

In a recent interview with Entertainment tonightthe 44-year-old actor also told that he built muscle mass on his legs as he prepared for the 26.2-mile marathon.

And the That 70s Show star added that his wife Mila Kunis has been there for him: “My wife has been super supportive,” he shared.

The biggest physical change is the transfer of muscle mass from his upper body to lower body.

“I’ve lost about 12 pounds,” the Jobs actor shared, adding that his wife, Kunis, 39, has supported the endeavor.

The father of two – he shares Dimitri Portwood, five, and Wyatt Isabelle, seven with Kunis – says he wants to do the right thing for his family.

My baseline ‘why’ comes down to leaving life better than it was given to me. My daily motivation is my children and family,” Kutcher told ET.

Slim is in for him: The biggest physical change is the transfer of muscle mass from his upper body to lower body. “I’ve lost about 12 pounds,” the Jobs actor said. Seen in late July, left. His face seemed a little fuller in July 2021, right

Kutcher’s other goal in entering the race is to raise money and awareness for Thorn, the technology organization he co-founded in 2012 with ex-wife Demi Moore.

Learning about the rampant child sex trafficking in third world countries and around the world, Kutcher and Moore set out to create a technology-based solution to protect and defend children from sexual abuse.

The organization, which is celebrating its 10th anniversary, is of great importance to Kutcher, who said: “The marathon itself is a great opportunity for the work we have been doing with Thorn for over a decade.” 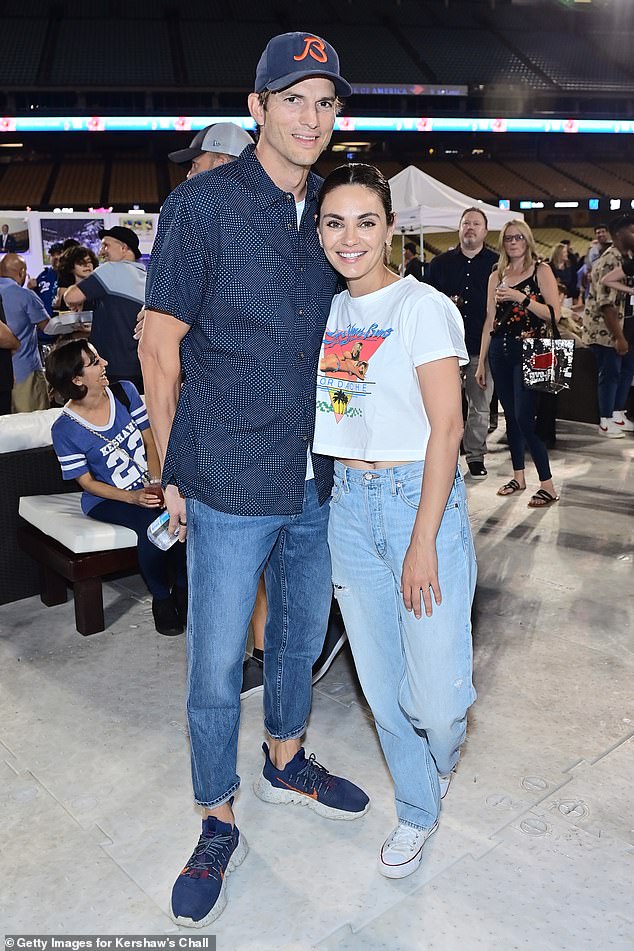 His wife is there for him: his wife Mila Kunis, 39, has supported the endeavour. Seen in early August

He added: “It’s an opportunity to show the people who work so hard to make our vision a reality that I’m joining them and willing to go the extra mile.”

Kutcher has taken on the huge task of training for the marathon, despite his serious health problems three years ago.

The actor was plagued by a very rare episode of the autoimmune disease Vasculitis, which left him unable to walk, see or hear.

Happy to have made a full recovery, Kutcher is looking forward to the upcoming New York Marathon with his Thorn team and plans to cross the finish line in record time.

The Butterfly Effect actor shared on Jimmy Kimmel Live that during a 17-mile practice session, he discovered he was bleeding through his nipples.

“I had bloody nipples. I’m like, what’s happening now? My legs were fine, but my nipples were on fire,” Ashton said.

He went on to say that he even approached Peloton with a proposal for a show idea in which he and his friends would be interviewed while running in his basement.

“We put this thing in my basement and we filmed, and we shot about 10 episodes of this show with Natalie Portman, Kenny Chesney and just friends Chris Paul coming over. It makes running fun!’ he said. 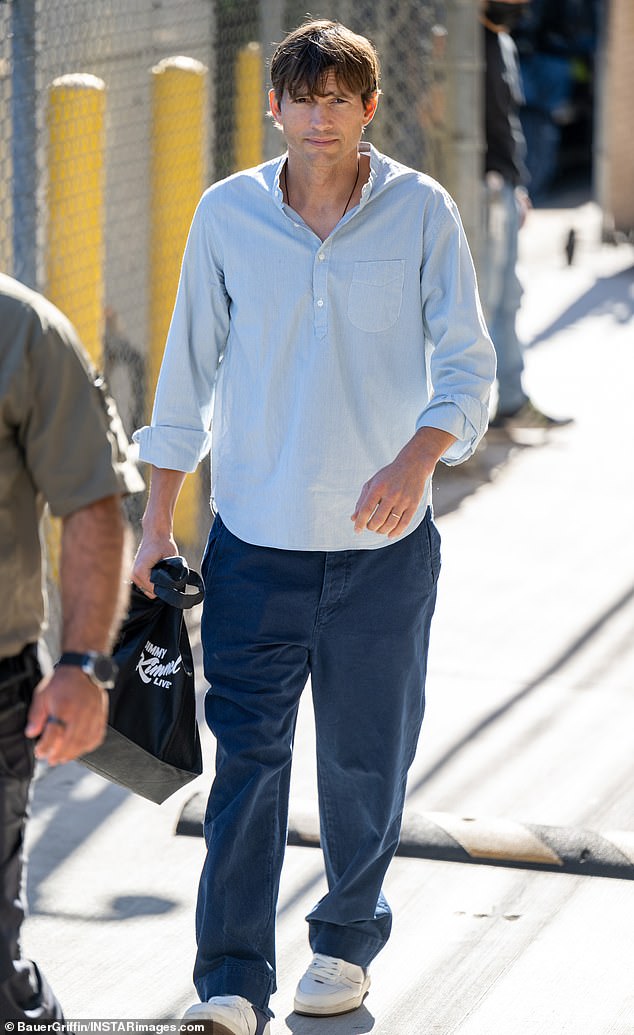 Scientist reveals five ‘beauty red flags’ everyone does, but…

Terrifying video captures the moment a woman is hit by…