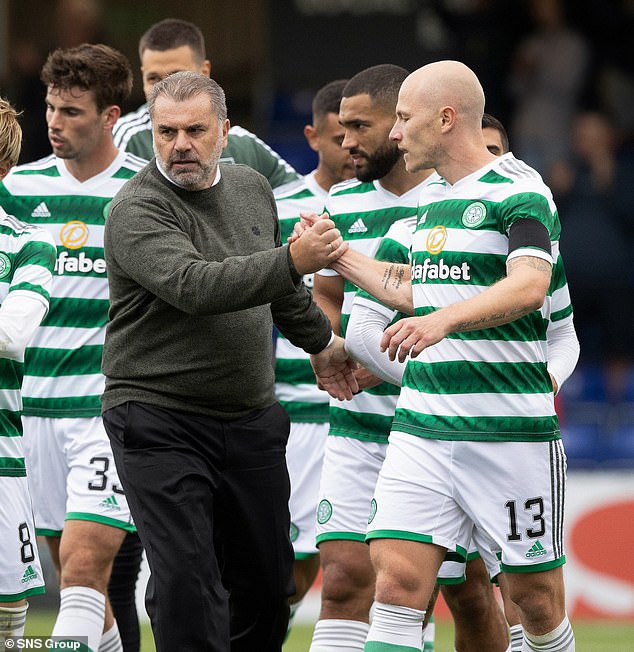 By Josh Alston for Daily Mail Australia and NCA NewsWire

Celtic manager Ange Postecoglou is convinced the Scottish giants are honing their killer instincts as the Hoops prepare for big games against arch-rivals Rangers and Spanish giant Real Madrid.

Postecoglou’s men defeated Dundee United 9-0 in Tannadice over the weekend to maintain their perfect start to their Scottish Premiership title defense.

Celtic lead the ladder with 15 points from five games and have scored 21 goals and conceded just one.

With Real Madrid coming to Glasgow for their Champions League game just three days after the Rangers derby, Postecoglou is looking to prepare his side for the massive clashes that are just around the corner.

That is why the Aussie manager said they could show no mercy – even in the closing minutes – of Dundee United’s defeat.

It is that ruthless intent with which Postecoglou wants his side to be defined by.

“It’s the team we want to be – it’s not just about the football we want to play,” Postecoglou said.

“It’s about intent and we don’t want to be guided by the scoreboard or whatever the circumstances of the game are. 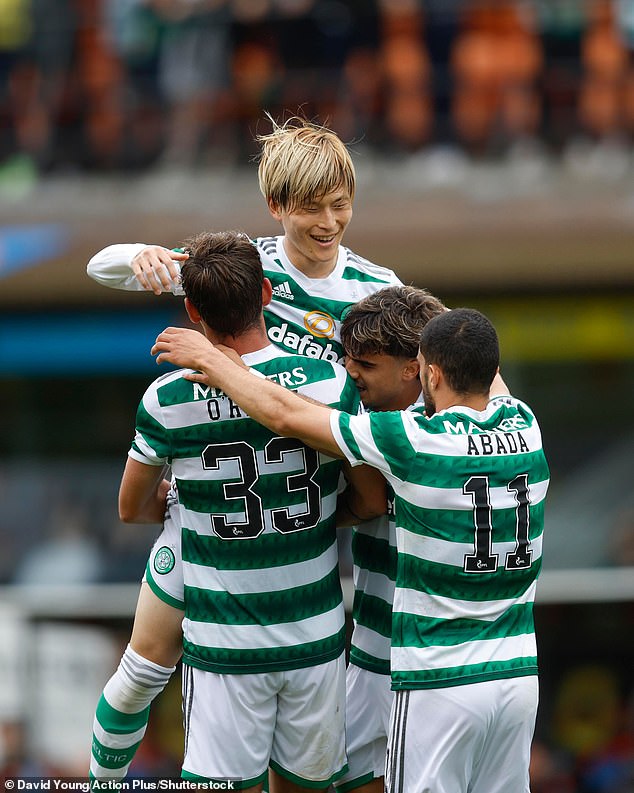 Kyogo Furuhashi of Celtic is congratulated after goal against Dundee United

“Whether it’s the first or the last minute, whether we win or not, we want to play at a certain pace and intensity.”

“It’s not just about winning a game of football, it’s about setting our own standards.”

Rangers are two points behind second place, with four wins and a draw from their five games.

‘It’s going to be a good game (against Rangers),’ former Socceroos manager Postecoglou told BBC Sportsound ahead of the Old Firm derby in Parkhead.

‘They’re going really well. They’re a good side, so it’s going to be a good quality football match – we’re looking forward to it.”

Before meeting the Rangers, the Hoops will begin defending their Scottish League Cup crown against Ross County at the Global Energy Stadium on Thursday morning (AEST).

With a hectic schedule ahead, including next week’s UEFA Champions League Group F game against Spanish giant Real Madrid, Postecoglou could make a host of changes to his starting squad for the second round of this week’s cup match.

It could mean a start for Socceroos midfielder Aaron Mooy, who must be content with time off the bench since joining the Hoops last month. 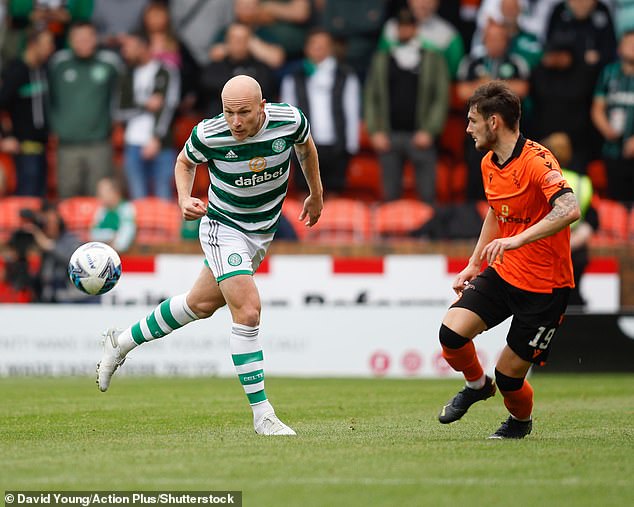 “Ross County is going to be a tough opponent in the cup so we will have to be ready,” Postecoglou told Celtic TV.

“The nice thing is that we got contributions from the bank again (against Dundee United), which is important.

“We will have to rotate the squad during this period, so it’s good to know that the majority of them are in good shape and ready to go.”

Mooy came on for the final half hour of Celtic’s defeat to Dundee United.

The win was highlighted by hat-tricks from Japanese striker Kyogo Furuhashi and Israeli striker Liel Abada, while Portuguese star Jota, Croatian fullback Josip Juranovic and Swedish defender Carl Starfelt also found the back of the net. 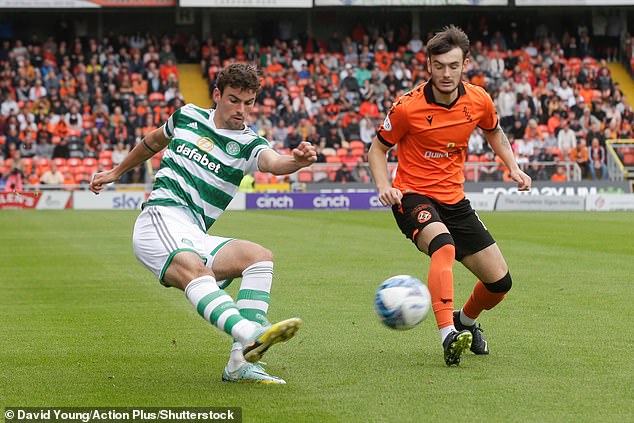 “We knew Dundee United are going through a difficult period and it was important for us to push ourselves into the game from the start,” said Postecoglou.

“The players did that, they worked hard and we achieved some quality goals at the end.

“It’s not about joy, because at the same time you respect that you have an opposition manager (Jack Ross) going through a tough time, and I think in this game you have to stay humble and respectful.”

Neither of Dundee United’s two Australian players – goalkeeper Mark Birighitti and left-back Aziz Behich – were used in the match.