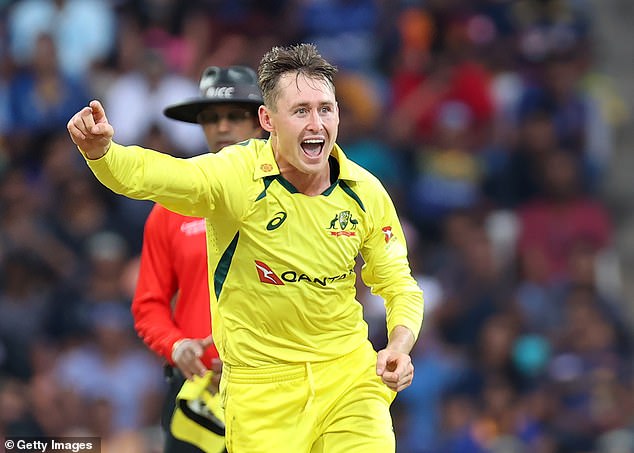 Aussie Test star Marnus Labuschagne is going wild for CRINNIS – a cross between cricket and tennis – and wants his teammates David Warner, Steve Smith and Usman Khawaja to take it on

A video of a new hybrid sport combining tennis and cricket has caught the eye of an Australian Test star, with Queenslander Marnus Labuschagne eager to give it a shot.

Crinnis’ sport combines elements of tennis and cricket and Labuschagne shared a video of the sport on Twitter, urging some of his Test teammates to join him.

The rules are very simple. It follows the same basic formats as doubles tennis except that the players use cricket bats instead of tennis rackets.

To return the ball over the ‘net’, players must first knock the ball into the ground so that it passes on a single bounce. If the ball bounces twice on your side of the court, or goes out of bounds, a point is awarded to the opposition team.

Cricket fans were stunned by the video and asked questions about what it would be like if professional athletes decided to try it.

One fan said the left-handed, right-handed combination of Labuschagne and Warner would be the ultimate combination.

‘Perfectly chosen. This must be a left right combination if you want to play competitively. Otherwise you would feel handicapped on one side as pulling backwards and driving straight ahead is not always easy,” they tweeted. 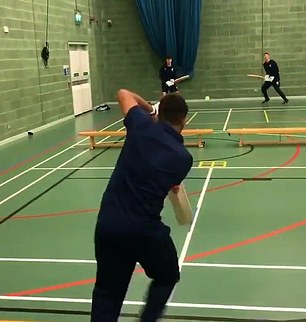 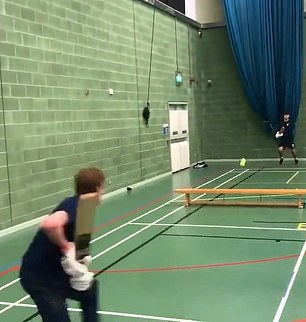 Another joked that Labuschagne and Smith, known for their quirks, should come up with new calls and antics for Crinnis.

“Well, you and Smith will be interesting in this…what will you yell at…about ‘No Run’ in Cricket…and leave you balls with your perfect technique that we all love,” a fan posted.

Another cricket enthusiast said it would be interesting to see how the big hitters from the West Indies could manage their aggression in Crinnis. 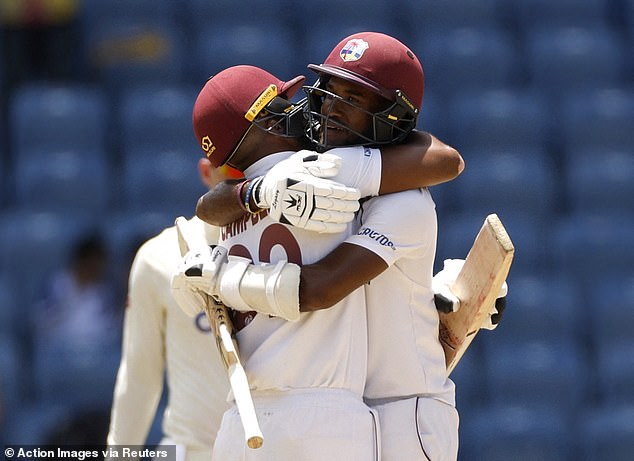 Although it will not be played on a basketball court and there will be no tennis rules, Australian cricket fans will have the chance to see the big Windies team this summer.

Australia will face the West Indies in a Twenty20 International series from October 5, ahead of the World Cup in their home country, while the Windies will also tour for two Test matches this summer.