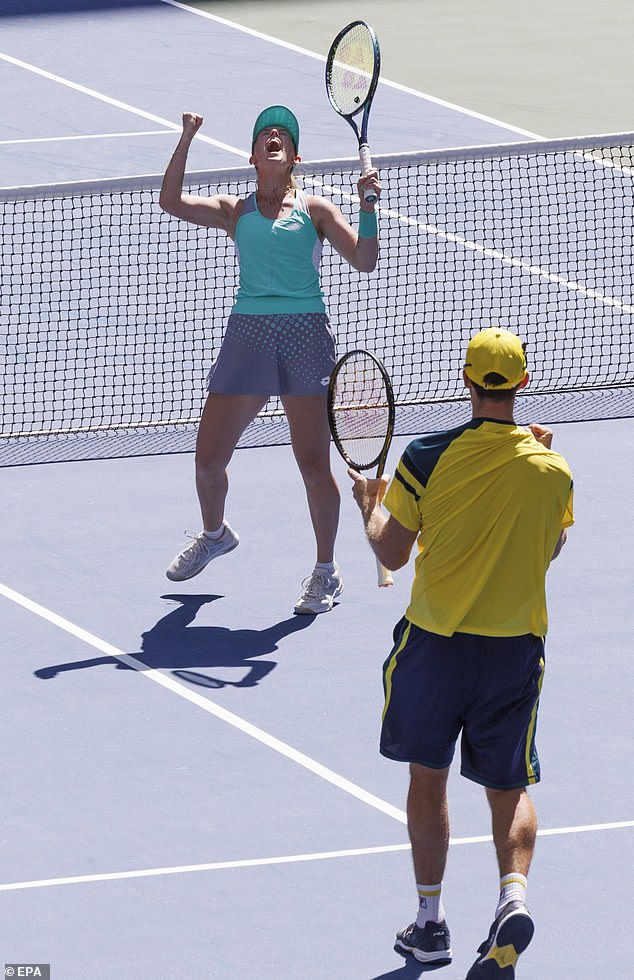 John Peers and Storm Sanders took the mixed doubles title at the US Open – the first Aussie pair in 21 years to do so.

In their first-ever major tournament together, the Aussie pair had to battle from a set-down to defeat Belgium’s Kirsten Flipkens and Frenchman Edouard Roger-Vasselin 4-6, 6-4 (10-7) in a memorable triumph.

It made them the first Australians to win a Grand Slam mixed doubles title since Jarmila Wolfe and Matt Ebden at the 2013 Australian Open, and the first to do so in the US Open in 21 years after Aussie legends Rennae Stubbs and Todd Woodbridge.

It was Sanders’ first Grand Slam title, while the 34-year-old Peers once again demonstrated his longstanding doubles prowess at Arthur Ashe Stadium when he added the title to his 2017 Australian Open men’s win.

Neither player had made it past the US Open semifinals before, though Peers, along with Ash Barty, were half of the team that won the bronze medal at the Tokyo Olympics.

The fourth seeding players showed their mettle in a fluctuating game, most notably producing their best tennis both at the start of the game and in the 10-point tiebreaker decider. 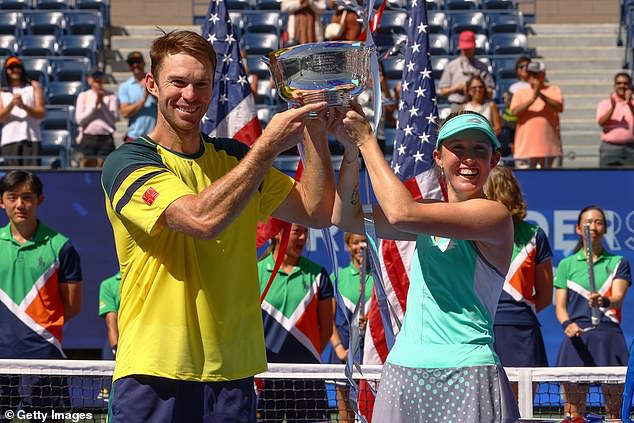 Their unstoppable finish made them the first all-Australian mixed doubles champion at Flushing Meadows since Stubbs and Woodbridge took the title in 2001.

Sanders turned to Peers after the game and said to him: “It’s crazy – thank you so much for playing with me … To play on the biggest pitch in the world it was an unforgettable experience.”

This victory was particularly sweet for Peers.

He eventually won a Grand Slam title in mixed doubles on his 32nd attempt; after delivering the winning ace in the tiebreaker for his adoring wife and two daughters. 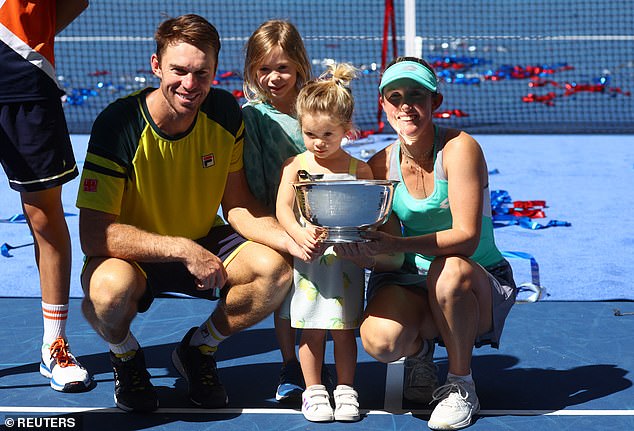 Stormy, we’ve got one! Well done!’ he told Sanders after the game.

Both were also inspired by the presence of Australian legend Sam Stosur, who won both the US Open singles and seven Grand Slam doubles titles in 2011.

“It’s a pleasure to play for a champion like you,” Sanders told her on the field.

Later, during the press conference, she explained how crucial Stosur’s support had been. 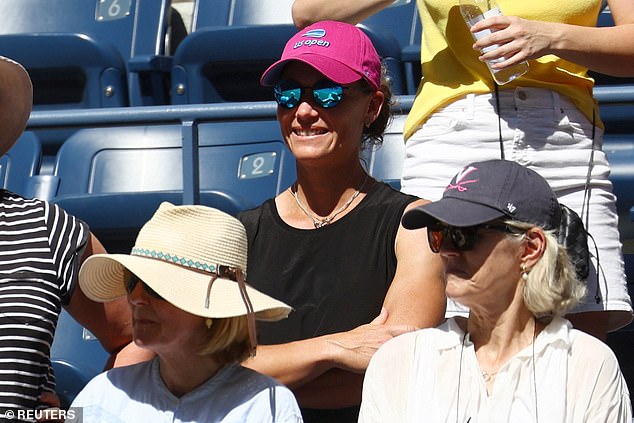 “Because Sam was there too, it was just super awesome. It gave me a little peace of mind knowing she was there. I think she yelled ‘Believe in yourself’ to me once, and that certainly helped,” Sanders said.

After losing just one set in the entire tournament, the first all-Australian team reached a US Open mixed doubles final since Alicia Molik and Woodbridge lost their way in 2004 and went on a 3-4 break.

A set lower, Peers, brilliant at all matches with his overheads, upped his game when it mattered most, producing the goods for the key break – and their only – in the 10th game of the second stanza.

After that, they pretty much had the breaker under control thanks to the buffer from an early 3-0 lead.

“I trusted Johnny on his serves and volleys,” Sanders said, remembering how she hoped “he could hit a good serve at match point.” 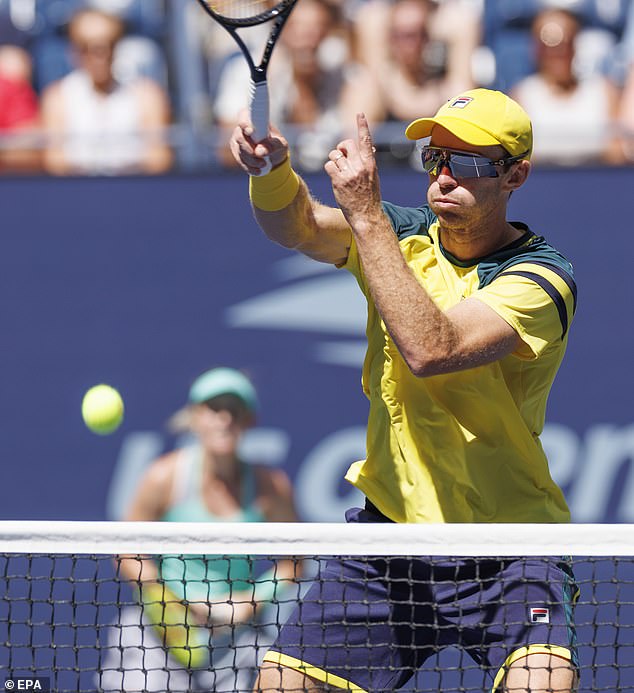 He did just that – with his service game absolutely on point.

The Australian pair, long-time friends, had hoped to play a tournament together for a while, but never got around to it until they made an appointment to play the US Open this year.

And it’s not the last we’ll see of them. 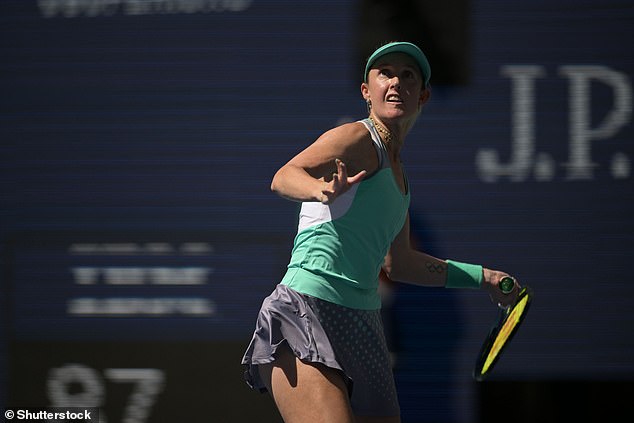 “We’ll be back next year,” Sanders beamed to the crowd, before Peers later insisted that they join forces in Melbourne.

“We definitely play Aussie,” he smiled, in which is sure to please many fans Down Under.

Their triumph continued Australia’s outstanding streak of success in 2022 grand slam doubles, including victories for men at the Australian Open (Thanasi Kokkinakis and Nick Kyrgios) and Wimbledon (Max Purcell and Matt Ebden).