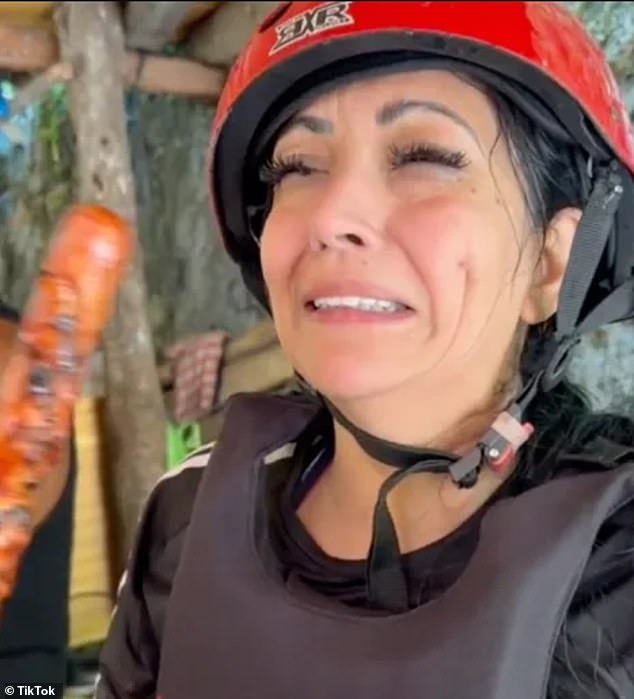 An Australian traveler’s hilarious response to one of the Philippines’ most popular street foods has been watched by millions – after her pleasure in the street meat quickly turned to disgust when she discovered what it was.

Aloyna Taylor was having a big day canyoning when her friend Mark offered her isaw – a meat skewer made from pork or chicken intestines.

The Aussie traveler initially gave her boyfriend a thumbs up when she tried the salty snack, but her face slumped when he explained what it was made of.

Aloyna looked like she wanted to cry before spitting out the meat, not fond of eating offal for lunch.

‘Are you serious?’ Mark asked, staring at the chewed meat in her hand.

She then asked her host what the second meat stick is made of before carefully taking a bite.

The video has been seen by millions of TikTok users – with the young man admitting he didn’t think she would spit out the food.

Mark through it was a charming joke to play with his Australian mate, but defended her in the comments.

“She said she liked the taste and then spat it out, boo, I don’t like her behavior,” said one woman. 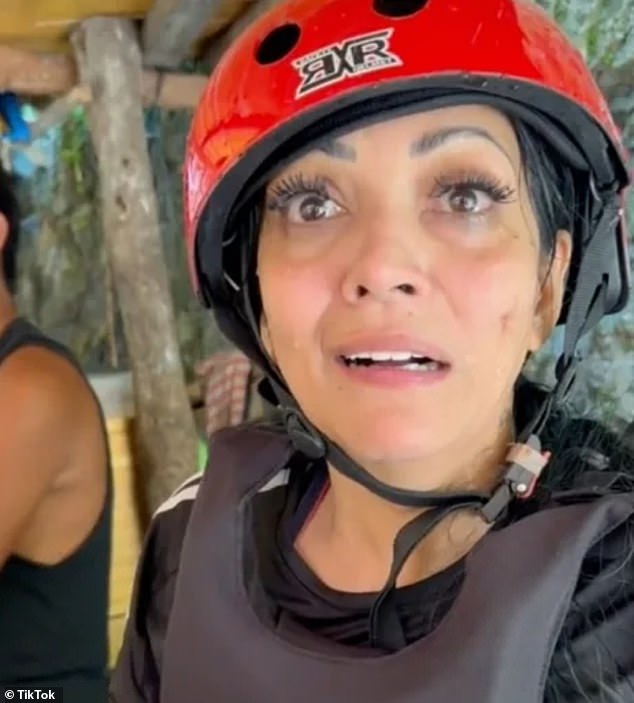 “If you eat from a dead animal, you should take everything edible,” wrote another.

“If you can’t construct a sentence, don’t comment on it,” Mark retorted.