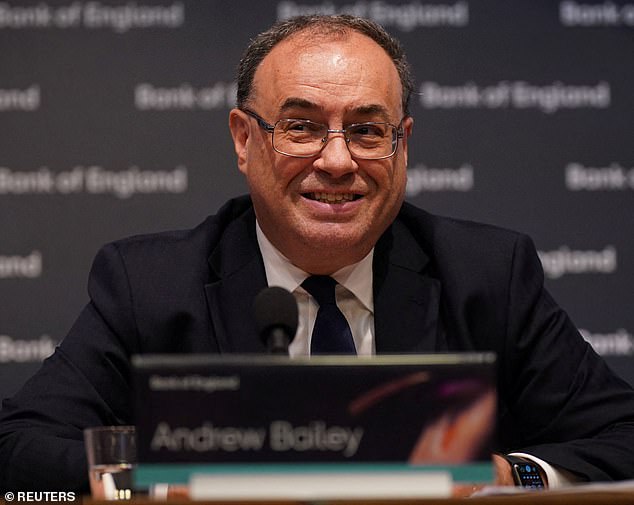 By Lucy White Chief City Reporter for The Daily Mail

The beleaguered banker faces a backlash over his way of handling the economy.

Bailey was accused of ‘adding to a sense of panic’ with ominous predictions that Britain will weather 15 months of recession and inflation will exceed 13 percent.

Critics said he was too “downbeat” at a time when the nation needs reassurance and called for “more optimism.”

It came after Tory leader Liz Truss insisted that a recession was not inevitable if the government helped the economy grow by cutting taxes.

There is growing criticism that the Bank ‘slept behind the wheel’ and was too slow to raise interest rates to contain rising inflation.

Business leaders and economists last night accused Bank of England governor Andrew Bailey of downplaying Britain’s prospects. The beleaguered banker faces a backlash over his handling of the economy

Mr Bailey was forced yesterday to insist that he will not retire early, despite the mounting backlash on his position.

On Thursday, he and his colleagues at the Bank’s Monetary Policy Committee (MPC) predicted that inflation would hit 13.3 percent in October and that Britain would tumble into a five-quarter recession if they raised interest rates to 1.75 percent.

They also predict that, taking into account the rise in the cost of living, household income will fall by the largest amount this year and next since the measurements began in the 1960s.

Former Tory leader Sir Iain Duncan Smith said: ‘Andrew Bailey is in damage control mode. The Bank has been very wrong in the past year and they don’t want to admit it. 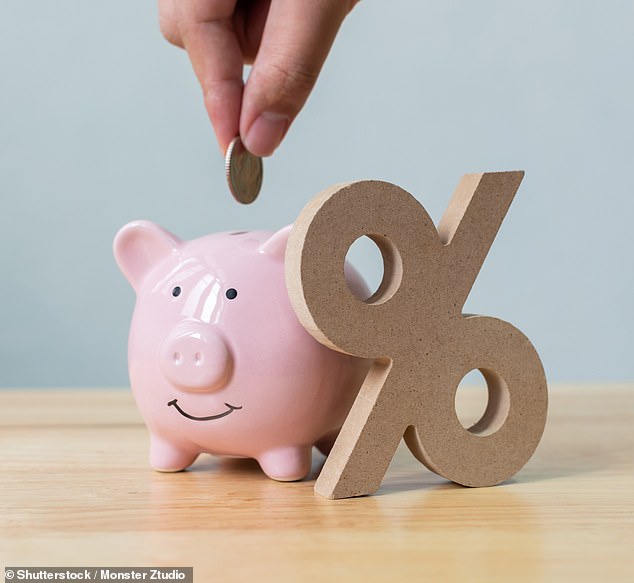 Mr Bailey was forced yesterday to insist that he will not retire early, despite the mounting backlash on his position. On Thursday, he and his colleagues at the Bank’s Monetary Policy Committee (MPC) predicted that inflation would hit 13.3 percent in October and that Britain would tumble into a five-quarter recession as they raise interest rates. up to 1.75 percent (stock image)

House prices fell in July for the first time in more than a year, according to figures from the UK’s largest lender.

Experts warn this is a sign that the red-hot housing market will cool off as the impact of the crisis in the cost of living and higher interest rates put pressure on buyers.

Russell Galley, of Halifax, said: ‘Looking ahead, housing prices are likely to come under more pressure as the headwinds of rising interest rates and rising cost of living take hold.’

“There is no reason why we should go into a recession. We don’t have to go along with this ridiculous, miserable orthodoxy.

“Liz is right: we can cut taxes to boost growth.”

He added: “Andrew Bailey doesn’t just talk about the economy, he takes it down.

Douglas McWilliams, deputy chairman of the think tank Center for Economics and Business Research, also criticized Bailey for narrowing Britain’s prospects. ‘The [Bank’s] forecast looks worse than most and at least contributed to a sense of panic,” he said.

The Bank’s bleak forecasts intensified the feud between Miss Truss and her senior rival Rishi Sunak over how to respond to the bleak economic outlook. Mr Sunak said the Foreign Minister’s plan to cut taxes will fuel inflation.

Meanwhile, tens of millions of people have resorted to self-imposed rationing of hot water, light, food and other necessities such as clothing, according to the Office for National Statistics.

Gerard Lyons, economic adviser to asset manager Netwealth and adviser to Boris Johnson during his time as mayor of London, also said Mr Bailey was “very gloomy” when he delivered the doom-laden news on Thursday.

He compared Bailey’s dismal performance to that of his colleagues at the US Federal Reserve when they predicted a recession in America last month. Mr Lyons said: “The Fed was essentially conveying the same message, but they were much more reassuring. There was a little more optimism that Bailey just didn’t have.”

Tony Danker, head of the Confederation of British Industry, said: “I hope the Bank of England is overly pessimistic about the length and depth of a recession.”