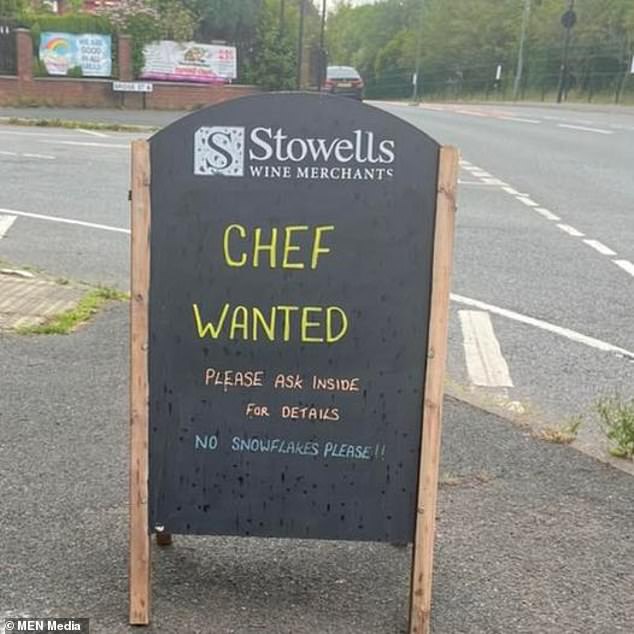 A pub in Cheshire is looking for a new chef but has stated that ‘no snowflakes’ should apply for the role.

The Queen Anne in Warrington advertised the new role by putting up a blackboard outside that read: ‘Chef Wanted. Ask in for details. No snowflakes please!!’

The pub’s landlord has complained about previous ‘flaky’ employees who wanted ‘constant’ time off.

The pub, which describes itself as ‘a small, family-run free house’ that prides itself on ‘serving good beer and good food’, has also shared a photo of the board online.

“So if you want to be involved in serving and making the best homemade food Golborne (Sic) has to offer, are hardworking and not a snowflake, drop by and chat with us or send us a message.” 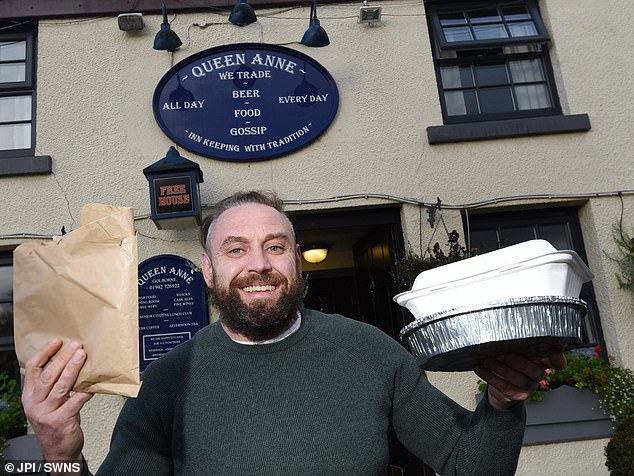 The ad has divided opinion, with some users strongly agreeing with the sentiment of the post, while others hoped they wouldn’t find anyone for the role.

One user reacts enthusiastically: ‘Snowflakes are taking over the world’. Another seemed more annoyed at the sign, grumbling, “I really hope you don’t find anyone.”

Another asked, ‘Are you still watching because they’re all snowflakes?’ While another user asked for clarification and said “Define your snowflake.”

Martial arts and motorcycle landlord Christopher Darnbrough has shared the vacancy more than once, stating that he is simply looking for someone who is “hardworking” and “somewhat eccentric.” 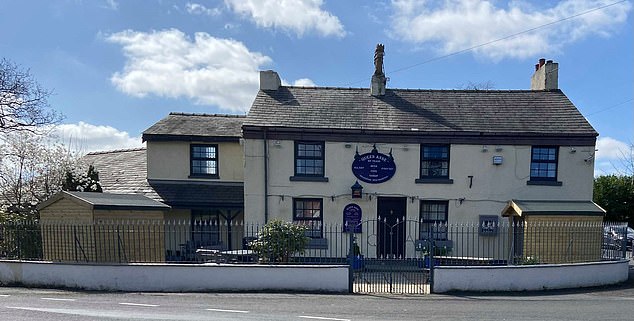 He said: “Since the lockdown we’ve had a lot of flaky people who don’t want to work and just blow in and out and want constant free time.

He added: “Most people have seen the funny side.”

The family-run pub says it only uses ‘local fresh ingredients’ for its food and everything is homemade on site.

They offer a range of traditional British meals ‘with a modern twist’ from their ‘famous steak pie’ to a range of curries.

The pub also continued to operate during the pandemic despite ‘incredibly challenging’ conditions, offering home delivery of food during lockdowns.