Barry Smith: Ofted called the discipline I used in schools ‘oppressive’, but it was ‘liberating’ 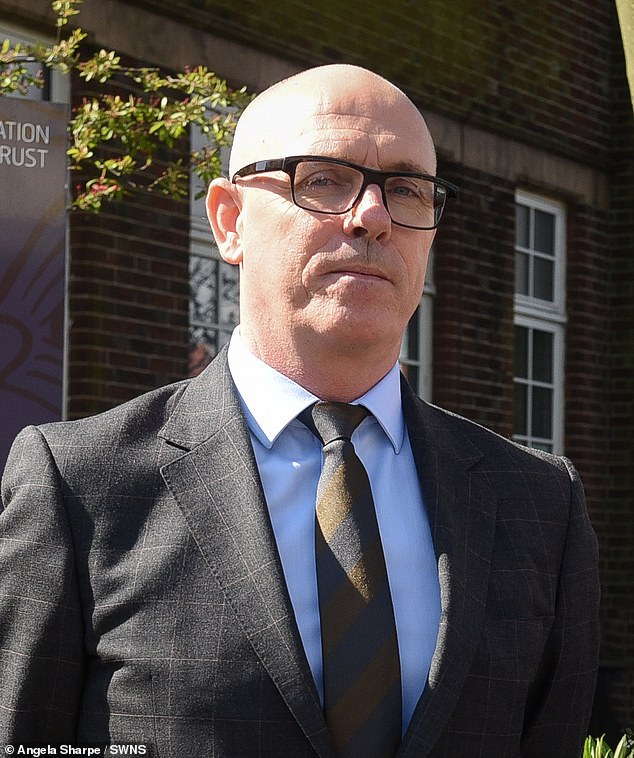 At a school in the East End of London, just before the start of the pandemic, I approached a group of children in a hallway for a handshake.

That would be unusual in most British secondary schools. When teens crowd through hallways and other communal areas, many teachers feel intimidated and withdraw.

That “us and them” attitude, which is prevalent in so many schools, goes against everything I believe in. I make it my business to show courtesy and courtesy to all students. And, crucially, I expect no less from them.

As I walked across the street with my hand outstretched, I greeted one of the girls by name. She looked me in the eye, then licked her palm from top to bottom and held it out to me, dripping with saliva. It was a display of naked contempt. And it wasn’t even personal. As a teacher, I was the enemy in her eyes.

We live in a society that has a real aversion to adult authority. For thousands of teachers across the country, this makes their jobs virtually impossible.

But there is a simple solution. Twenty-five years of teaching have convinced me that when it comes to discipline in school, we just need to teach children good manners.

Fortunately, violence against staff is not an everyday occurrence, even in the worst schools. But physical attacks are a regular occurrence — and they can be brutal.

I’ve been to many classrooms where the kids are in a constant battle of attrition.

They refuse to answer in more than mumbled monosyllables. Verbal aggression goes unpunished. Public spaces become the domain of the toughest kids in the school, instead of a safe place for everyone.

In too many schools, staff are mistreated, ignored and treated with contempt by students. Teachers often don’t feel comfortable and feel threatened.

Adults will not venture into public areas during recess or lunch, but rather retreat to the relative safety of their classrooms. In some schools, even the head teacher is belittled and ignored.

Former headteacher Barry Smith is a co-founder of the Michaela Community School in London. Once called ‘Britain’s strictest headteacher’, he said: ‘I make it my duty to show courtesy and courtesy to all pupils’

Supply agencies refuse to send personnel there for fear of what they might encounter. Teachers look at the register, desperately hoping that key figures will be late or absent, because their presence guarantees that any attempt to teach will be sabotaged.

Up and down the country they feel a palpable sense of dread on a school night, knowing they will face aggression in the classroom.

So – how do you survive in schools like this?

Some teachers lower their standards. They avert their gaze when bigwigs wreak havoc, or stare at their computer screens instead of dealing with the chaos around them.

In poorly run schools, where children bully adults and teachers do not trust the principal, adults often feel isolated.

I have a different approach.

It is not difficult to teach children to be respectful. I’ve done it all my professional life. I expect children at school to be as polite to adults as we are to them.

And I actively teach teachers to show warmth, courtesy, and trust in every interaction.

That’s why I was disappointed, if not completely surprised, when Ofsted’s inspectors earlier this month described some of the behavioral systems used by a school where I advised the principal as “overly restrictive” and even “oppressive.”

What a mess. Let me make clear to the education watchdog: good discipline transforms schools.

It’s not oppressive – it’s liberating. I know, because I have led such transformations countless times. A vociferous minority of parents who seem shocked at the idea that children are polite and follow teachers’ instructions are not allowed to hold head teachers for ransom.

Mature authority is not ‘oppressive’. It doesn’t mean you have to act like a martinet or a bully. Quite the opposite.

Despite the headlines, I’m not the sergeant major type. In fact I was lazy in high school outside of Newcastle, and I stayed away way too much.

I lacked self-discipline. Perhaps that’s why I understand disgruntled children.

I became a teacher when I was 29. I was a bit older, more skeptical and more confident than many new teachers. I was not prepared to be told what to do by 11 year olds.

Now when I work with headteachers, I still focus on good manners first. I prefer easy-to-remember acronyms: ‘Steps’ is one.

The first S stands for ‘Sir’ or ‘Miss’, because that’s how children should address staff. T is for ‘Thank you’, E is ‘Pardon’ and P is ‘Please’. Every child learns the importance of these basic rules.

The last S is for ‘Smile’. I don’t want kids to grin, but it’s just shorthand for the kind body language, facial expressions and voices that we teach every child, in every lesson, every day.

We tell children exactly what we expect from them. Nothing is left to chance.

A second very effective acronym is ‘Slant’: ‘Sit up (arms folded, nothing in your hands), listen carefully, ask and answer questions, never interrupt and follow the teacher – that is, watch the teacher when they enter the room. to address.

The opposite of Slant is slumped across the desk, scribbling, not listening, not joining in, yelling and ignoring the teacher. We cannot allow that. And what’s ‘oppressive’ about this?

When I became headteacher at Charter Academy in Great Yarmouth, Norfolk, the school was rated ‘inadequate’ by Ofsted for ten years. Two-thirds of the children left without basic math and English passes.

Within weeks, thanks to the support of a great team of employees, we had transformed the place. By the end of the year, the exam pass rate had doubled, and the weather improved the following year.

As surprising as it may sound, teachers often find it difficult to talk to children outside the classroom.

It is important to build common ground and give positive attention to students. It works wonders.

When the culture of the school is clearly defined and led by the principal, most students will easily conform. The hierarchy, with adults as boss, is well established and accepted.

But in schools where kids see their louder, more hostile peers in control, the animosity toward teachers spreads like poison.

Even the quieter students, the ‘nice kids’, quickly go against authority.

They become more and more challenging and aggressive – for their own self-preservation.

When staff and children begin to see what a good school looks and feels like, the energy of the place changes.

Yes, adults and children work together as a team, but everyone needs to understand that the adults are the captains. None of this is difficult. It may not be fashionable, but it is transformative.

Manners and respect are all too rare in our society.

They’re not “limiting” – far from it – and it’s about time Ofsted understood that.