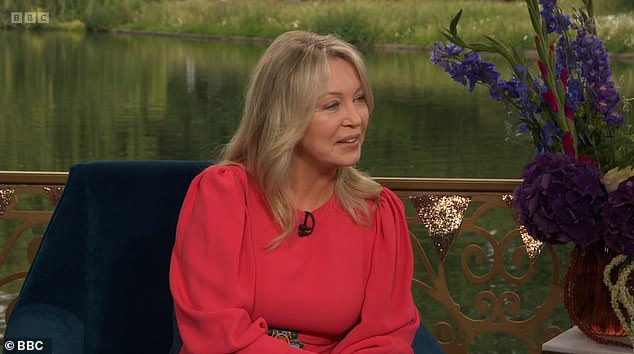 Viewers praised ‘brilliant’ Kirsty Young as she returned to the BBC after a four-year hiatus to cover the Queen’s platinum anniversary celebrations.

The 53-year-old host presented the classic Radio 4’s Desert Island Discs for 12 years before taking a break from them in 2018.

She announced she was leaving to receive treatment for a form of fibromyalgia — a condition that causes pain all over the body — and was replaced by Lauren Laverne, 44.

In July 2019, she confirmed her temporary hiatus would be permanent, saying it had inspired her to “take on new challenges.”

But today she returned to presenting duties, fronting the BBC’s Trooping the Color this morning. She will host a full weekend of coverage, including the Party at the Palace concert on Saturday night.

Viewers were delighted to see the popular presenter back on the BBC, with one tweet: ‘I haven’t watched much of the Jubilee stuff today, but my main takeaway is how lovely it is to finally see Kirsty Young again.’

Some even went so far as to say it was the best of the day, posting, “There’s only one good thing about the anniversary celebrations for me: seeing Kirsty Young on TV again.”

Kirsty recently spoke about her condition publicly for the first time, revealing that as a result, she struggled with a bad mood and was unable to do simple chores. 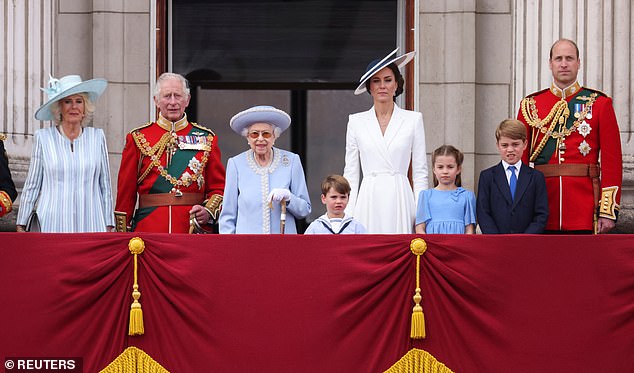 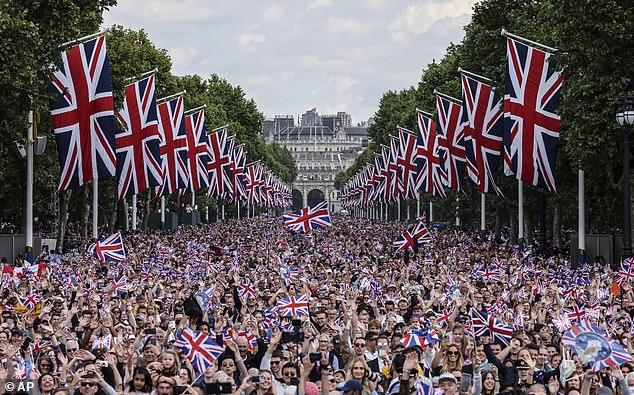 In an interview with The Sunday Times Magazineshe said she felt like she had been “hit with a baseball bat,” but tried to hide the extent of her illness from her children, revealing it only to husband Nick Jones, founder of Soho House.

“I’m not a doctor, I don’t know the difference between gloomy and depressed, but I remember talking to my specialist about it,” she said.

“He said, ‘Of course, if you’re dealing with a chronic pain disorder, that’s definitely a symptom.'” 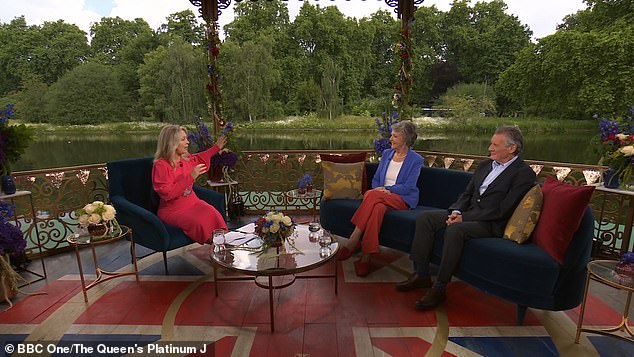 Kirsty returned to her presentation duties, fronting the BBC’s Trooping the Color this morning. She will host a full weekend of coverage, including the Party at the Palace concert on Saturday night

But not everyone was happy! Viewers complained about ‘waffling’ detracting from the main event

BBC coverage of the event started at 10am today and viewers were quick to complain that the hosts were ‘too busy talking and missing the action’.

Kirsty was joined in the studio by actors Penelope Keith and Sir Michael Palin as they discussed the course of the day.

Some viewers admitted they had already switched to Sky News, which they claimed had much better coverage of the royal event.

The BBC offered an option to turn off the commentary using the red button, which was warmly welcomed by royal fanatics.

She added: “It’s like someone drugged me, like you took a sleeping tablet at the wrong time of day and you lose it completely.”

Now, thanks to specialist help and a simpler lifestyle, she has been able to come off most of her medications.

She wasn’t sure she’d be well enough to return to work, but does part of the BBC’s Jubilee report.

The 53-year-old described it as a “unique moment” she will likely never see again and “couldn’t resist” getting involved.

She will be joined by presenters including Huw Edwards, Clare Balding, AJ Odudu, Roman Kemp and Anita Rani.

Reporters in the UK include Jermaine Jenas in Buckingham Palace, Gethin Jones in Wales, Carol Kirkwood in Scotland and Holly Hamilton in Northern Ireland.

Miss Young and Kemp, 29, will lead coverage of the Platinum Party at the Palace on June 4. During the celebration, famous faces from the entertainment world will come together to perform for a night of musical tributes to mark the anniversary.

English singer-songwriter George Ezra is currently the only act confirmed for the live concert.

Prior to her return to the BBC, Miss Young said: ‘I am delighted to be back on the BBC for such a historic, unique and happy event.

“It’s going to be quite the weekend and our coverage will bring viewers everywhere to the front row of the celebrations. I can not wait!’