Biden does not avoid the media, emphasizes Karine Jean-Pierre

Biden DOES NOT evade the media, Karine Jean-Pierre emphasizes: Smiling press secretary claims Joe ‘answers questions all the time’ when asked why he hasn’t done a sit-down interview in over 80 days

White House press secretary Karine Jean-Pierre urged President Joe Biden not to dodge the media on Wednesday, even though he hasn’t done a sit-down interview in more than 80 days.

“He answers your questions all the time,” she said with a chuckle during her daily press conference.

“I’ve got more,” Doocy joked across the room, grinning.

Biden’s last sit-down interview was with the Associated Press on June 16.

Jean-Pierre referred to the fact that the president often answers a question or two, either when reporters enter a room for an event or when he leaves or exits the White House.

On Tuesday, Biden gave a brief response to reporters who were taken to the Cabinet Room ahead of his meeting with his executive team. When asked when he would speak to new British Prime Minister Liz Truss, Biden said he would call her at 3:30 p.m.

He didn’t answer the many, many other questions that were thrown at him.

And on Friday, he answered Doocy’s question, shouted at the end of the federal subsidies meeting, whether he believes all Republicans are “MAGA Republicans.”

But those one-off questions rarely lead to follow-ups or allow reporters time to question the president more deeply about policies, politics, legislation and campaigns.

In addition, the president may simply decide not to answer questions yelled at him — an option he often takes.

While President Biden has answered questions more frequently at his events than his predecessors, he spends less time on them. He gives short answers with few follow-ups,’ de White House transition projectan impartial group that records presidential communications, found during its one-year anniversary in office.

By the time he spent a year in the White House, Biden had done just 22 media interviews, fewer than his six most recent White House predecessors at the same point in their presidency. 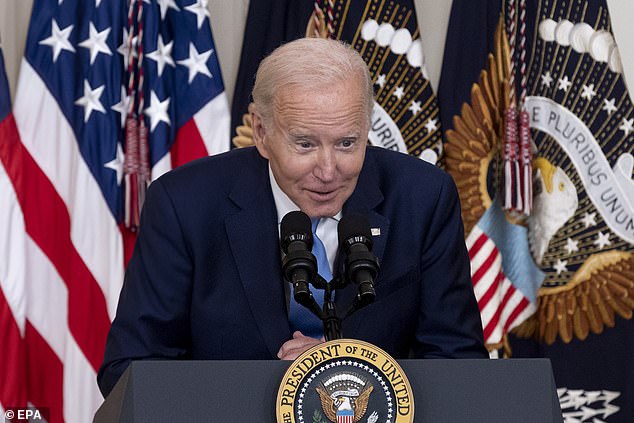 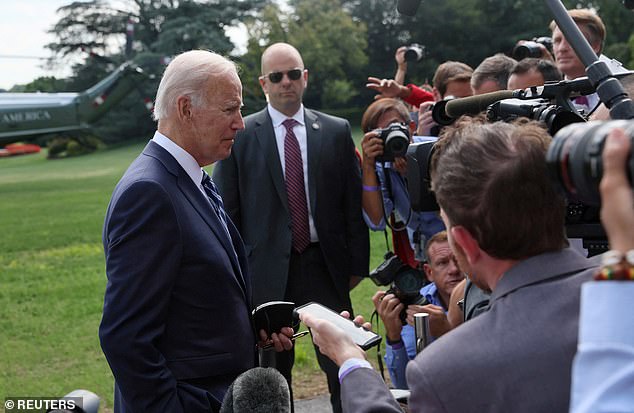 President Joe Biden often answers a few questions on the fly, as he does above when he answered media questions on the South Lawn of the White House before a trip to Maryland in late August.

He had spoken to major television channels and attended town halls for CNN. And he appeared on Jimmy Fallon’s late night talk show.

Biden has held formal press conferences — usually when foreign leaders come to visit or when he is traveling abroad.

He held a solo press conference on January 19, 2022 to mark his one-year anniversary as president.