Biden’s approval falls further for the THIRD consecutive week, with 56% of Americans disapproving of it and only 39% approving it

According to new Reuters-Ipsos polls, President Biden’s approval rating fell for the third week in a row, falling back below 40 percent.

Biden’s approval rating has been firmly below 50 percent since August, a sign that doesn’t bode well for Democrats on their way to the midterm elections.

This week’s poll is three points higher than Biden’s all-time low, which stood at 36 percent on May 24, according to Reuters. But Biden has yet to surpass the low ratings of his predecessor, where former President Trump reached 33 percent in December 2017.

Biden’s approval was complicated by 41-year high inflation of 8.6 percent in May and gas prices crossing $5 a gallon for the first time ever. As of Wednesday, a gallon of gasoline cost an average of $5.01.

According to new Reuters-Ipsos polls, President Biden’s approval rating fell for the third week in a row, falling back below 40 percent.

Meanwhile, the president is sending letters to seven of the major oil companies urging them to do something to curb rising gas prices after accusing them of deliberately putting pressure on Americans’ wallets.

In a letter to Exxon obtained by Axios, Biden wrote that the difference “of more than 15% at the pump is the result of historically high profit margins for refining oil into gasoline, diesel and other refined products.”

“Since the beginning of the year, gasoline and diesel refineries’ margins have tripled and are currently at the highest level ever recorded,” he added in the letter to Darren Woods, CEO of Exxon Mobil.

Biden also threatens to use his “emergency power” if oil companies don’t take action to lower prices for a gallon of gas. 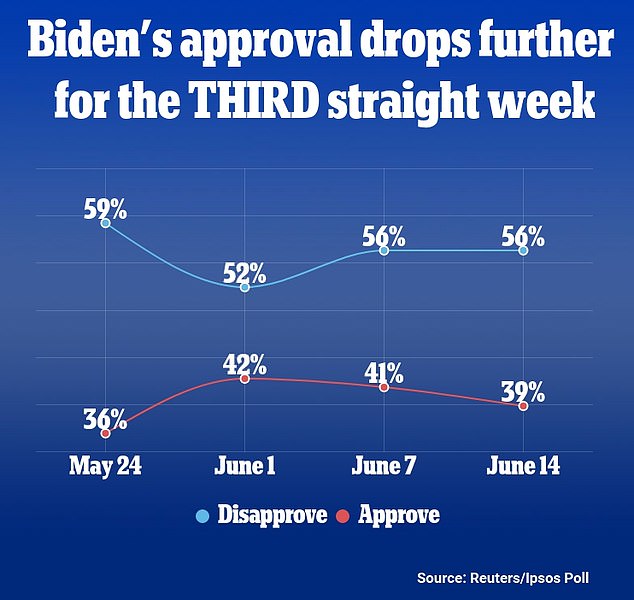 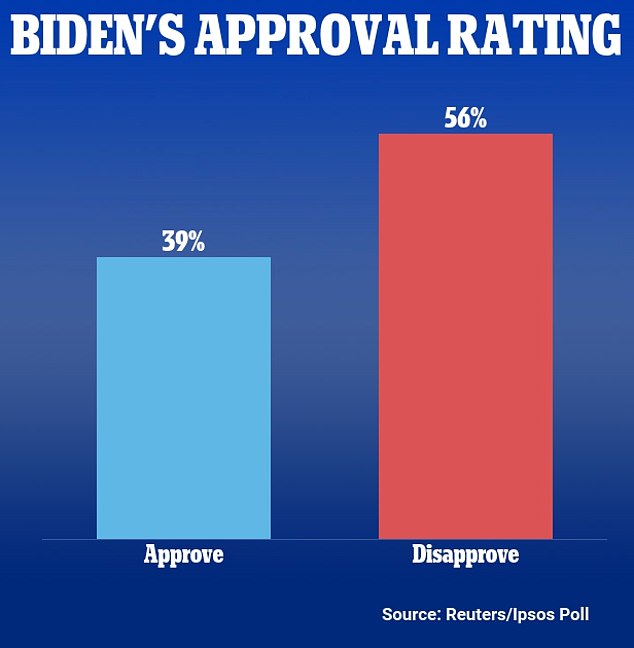 “Government tools and emergency authorities to increase refinery capacity and output in the short term and ensure that every region of this country is properly supplied,” he wrote. “I have already invoked emergency powers to carry out the largest release of the Strategic Petroleum Reserve in history, expand access to E15 (gasoline with 15% ethanol) and allow the use of the Defense Production Act to to provide reliable inputs for energy production.’

“I am willing to use all the tools at my disposal, as necessary, to address barriers that provide Americans with an affordable, secure energy supply,” he added.

Biden has already instructed the Federal Trade Commission to investigate pump price inflation, but the vast majority of gas stations are owned and operated by independent retailers.

Speaking to a crowd of unionists at the AFL-CIO convention on Tuesday, Biden said he acknowledged inflation is “undermining the strength of many families” and said his administration is fully focused on the problem, but blamed Republicans. of obstructing his agenda.

“The problem is that Republicans in Congress are doing everything they can to stop my plans to cut costs for ordinary families. That’s why my plan isn’t finished and why the results aren’t ready,” Biden said.

While the White House has claimed it is largely up to the Federal Reserve and Congress to take action to tackle inflation, Biden is considering doing away with certain Section 301 tariffs on Chinese goods.

The Biden administration is desperate to show that it is taking action to lower prices, even at the risk of inflaming unions and appearing lenient on China.

According to a studyabolishing the tariffs could ultimately lead to a reduction in inflation of about 1 percent.

Karl Stefanovic disappears from Today show after daughter Harper, two, was rushed to…

Could ‘Disease X’ be just around the corner? Top professor warns of new…