BIG W has previewed Australia’s most anticipated toy sales of the year – and it’s getting bigger and better than ever before.

Toy Mania draws huge crowds every year, with thousands of shoppers getting up at the crack of dawn to grab the bargains, while parents load their shopping carts to get their kids’ Christmas presents six months early.

And this year will be no exception, as the retailer will launch online sales on Tuesday, June 14 from 7 a.m., followed by stores on Thursday, June 16.

This mom (pictured) revealed that she “studied the catalog” every year so she knew exactly what she was getting for her kids for Christmas and the best time to get to Big W. 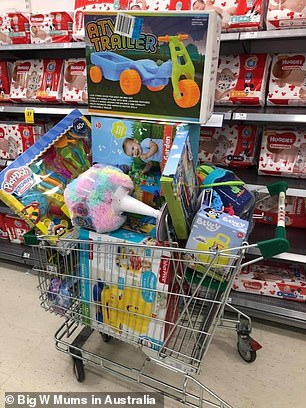 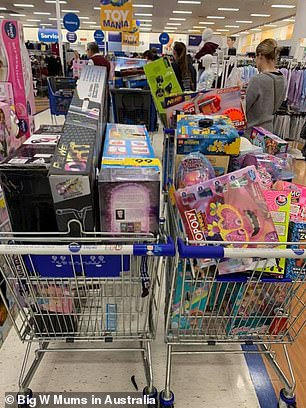 When do you start buying Christmas gifts for your kids?

Shoppers can expect huge savings on more than 1,300 toys, with prices slashed by up to 50 percent on some of the most popular toys on the market — including nostalgic Lego sets from ’90 years of play’ and Barbie’s jet plane.

To help families manage their Christmas budget, BIG W has payment solutions including Afterpay and Zip Pay, as well as the ability to earn Everyday Rewards points

The retailer expects the new Jurassic Park range to be very popular and has reduced the price of the ‘Extreme Damage T-Rex’ from $39 to just $16.

Sales have seen a huge flood of toys in recent years, with parents desperate to cut the cost of Christmas without having to give their kids fewer gifts.

Parents have previously been seen pushing overloaded carts down the aisles after loading up on the year’s hottest toys. 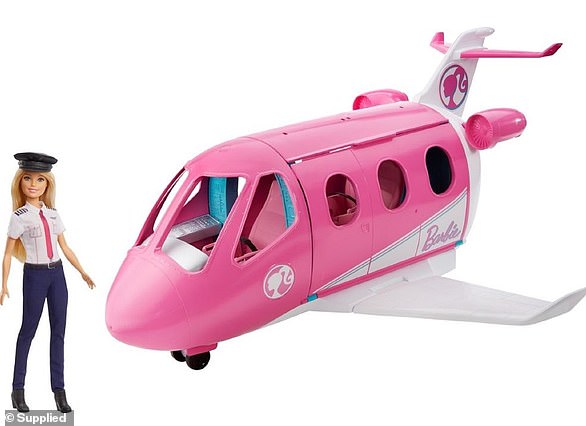 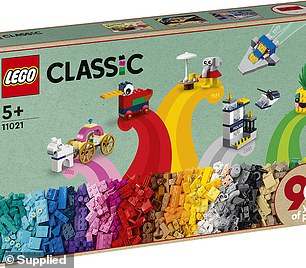 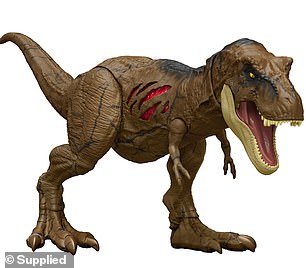 The average Australian parent spends $300 per child at Christmas, with teenagers having the most expensive gifts.

According to Canstar research, Victorian parents are the most generous when it comes to gift-giving, followed by moms and dads in NSW.

Big W will be sharing the full catalog on June 6 to give parents time for the iconic annual sale.

How much do Australians spend on their children at Christmas?

This means that an average Australian household with two children could spend as much as $672 on gifts at Christmas this year.

The study found that Victorians trip over their children the most at Christmas, compared to mothers and fathers in Queensland and New South Wales. Parents of teenage children (ages 13-18) in Victoria spend an average of as much as $399 per child during the crazy season. Those with elementary school age children (5-12) spend $310 per child.

Parents in NSW were the second largest spender with an average spend of $304 per teenage child and $297 average per child for children under the age of five. Those with children between the ages of five and 12 spend an average of $286 per child at Christmas.