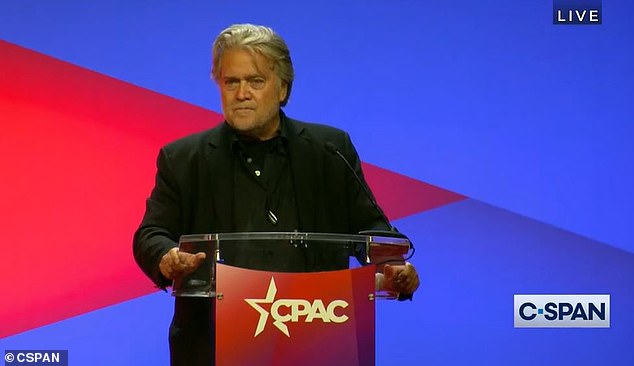 Former Trump strategist Steve Bannon demanded the end of the Federal Reserve in a sensational speech to conservatives Friday night, saying fat cat bankers had taken too much power

Instead, he demanded that control of the bank be returned to the American people and criticized the way it had freely printed money during the pandemic.

“We don’t need to control the Fed,” he said.

“We must put an end to the Federal Reserve.

“The Federal Reserve has usurped its power and the power of the American people and our elected representatives.”

He made a fervent call to arms at the Conservative Political Action Conference in Dallas, Texas.

Former President Donald Trump will headline the event on Saturday, the last day.

Former Trump White House strategist Steve Bannon, in a speech to conservatives on Friday, called for the Fed to be scrapped. “It’s the biggest scam they have,” he said 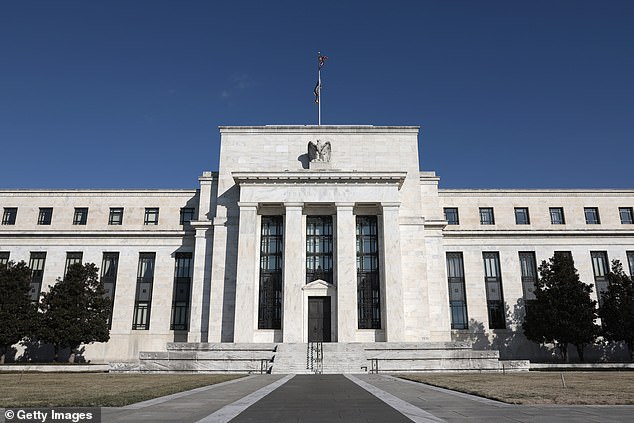 The Federal Reserve has been aggressively printing money since the pandemic began trying to keep the US economy afloat. “The biggest export we have is the dollar, but it all rests on the shoulders of our children and grandchildren,” Bannon said.

On Friday evening, attendees gathered to dine on short ribs at Cattleman’s dinner.

They were entertained by Seth Dillon, of the satirical website the Babylon Bee, and Bannon, who railed against Biden’s election victory and repeated discredited claims that the vote had been stolen.

“Just think about after noon on January 20, 2021 when an illegal impostor took over 1600 Pennsylvania Avenue and took over the administration.”

He will be sentenced in October after being found guilty of two counts of contempt of Congress last month for failing to comply with the House’s Jan. 6 investigation.

But that hasn’t tamed his rhetoric, and he’s broadcast his War Room podcast from the CPAC conference, which draws a rowdy crowd every day.

He aimed his populist weapons at the central bank in one of the most vehement parts of his speech on Friday.

The Fed has aggressively printed trillions of dollars since the start of the pandemic in an effort to prop up the economy.

“It’s the biggest scam they have,” he said. 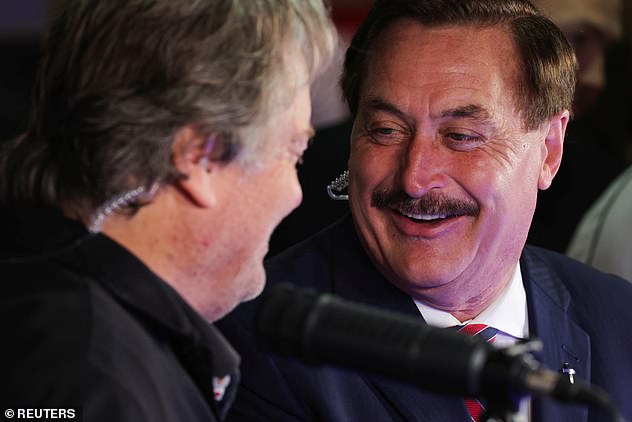 If merch is a yardstick, CPAC visitors are four square feet behind Trump

“The Fed’s balance sheet is now about $9 trillion.

“The biggest export product we have is the dollar, but it all rests on the shoulders of our children and grandchildren,” he said.

‘These are all outstanding bills or income due.

“We’ve just sorted everything out. That’s what they’re talking about with those ridiculously insane trillion-dollar bills, because the Federal Reserve will print the money.”

He praised conservative Kari Lake, one of the stars of the conference after winning the Republican primary for Arizona governor last week.

And he called on the conservative movement to organize before the November midterms.

“All they talk about an MSNBC is democracy, democracy democracy,” he said. ‘On November 8 we will give them a suppository for democracy.’

A day earlier, Senator Ted Cruz on Friday denounced the Biden administration as “cheese-eating surrender monkeys” for failing to take a stronger stand against China when a former state media editor called for House Speaker Nancy Pelosi’s plane to be shot down when she visited Taiwan. 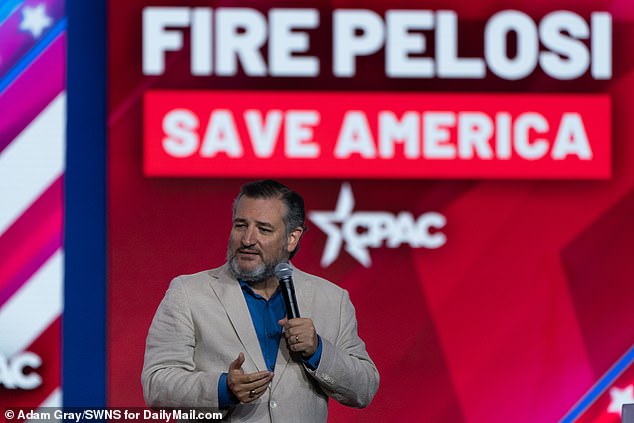 sen. Ted Cruz addressed conservatives at a conference in Dallas, Texas, Thursday. He said the White House was making the world less safe by not taking a firm stand against China 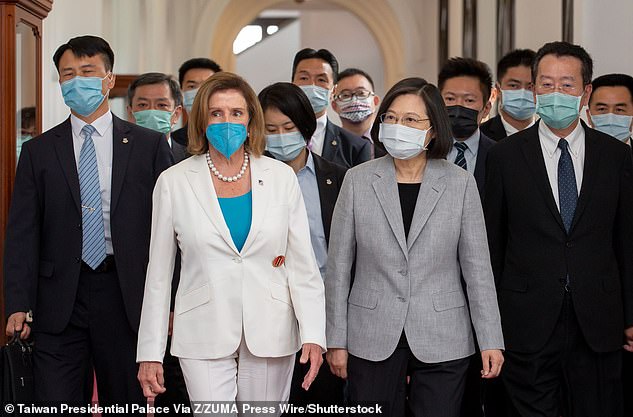 He said the White House was making the world less safe.

Pelosi’s visit – the first by a speaker of the House in more than 20 years – has heightened tensions between Washington and Beijing, who launched live fire drills in the seas around the autonomous island.

It was preceded by social media calls to bring down Pelosi’s plane if it did not stray from its course.

“The White House press secretary was asked what the White House thinks about this and, I’m kidding, their answer was not, we don’t have a position on that,” he told an audience at the Conservative Political Action Conference in Dallas, Texas.

‘What the hell is wrong with you?

But the only answer to an enemy of America threatening to kill the Speaker of the United States House is that it would be an act of war with devastating consequences.

“And the weakness and calm that comes from these cheese-eating surrender monkeys makes America and around the world much less safe.”