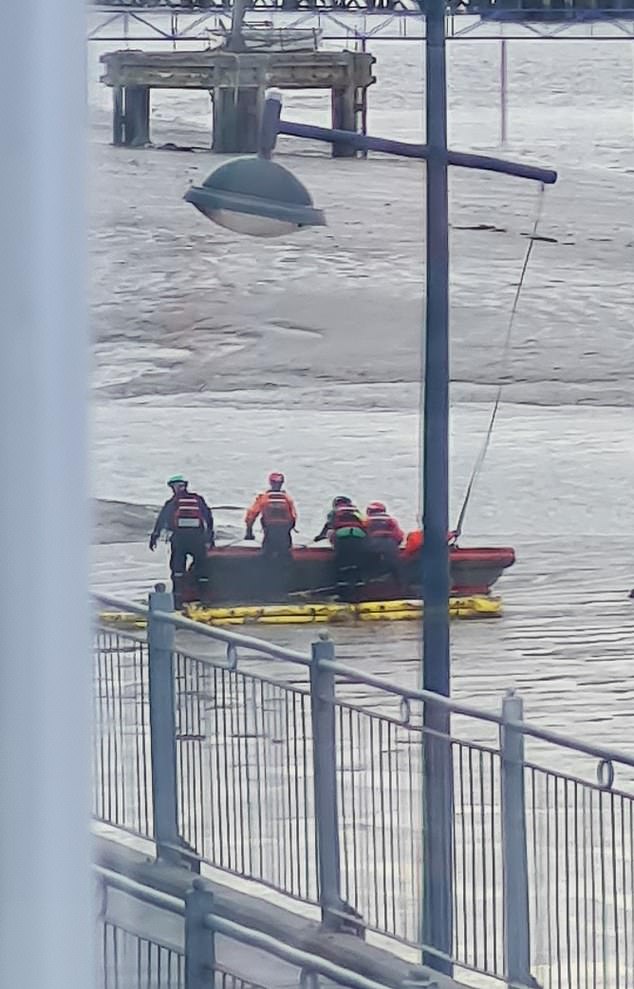 By Arthur Parashar for Mailonline

A man’s body was found in the River Thames this afternoon as police launched an investigation into his ‘unexpected’ death.

Police found the body of the man in his 40s from the water at Chichester Wharf, Erith.

The man has not yet been identified, but officers are working to do so and inform his next of kin.

Police and paramedics arrived on the scene after hearing reports of the body in the Thames.

The man, believed to be in his forties, was found Sunday afternoon in Chichester Wharf, Erith. Police and ambulance personnel came to the scene to recover the body

A Metropolitan Police spokesman said: ‘Police were called at 4:53 pm on Sunday, August 28, following reports of a body in the water at Chichester Wharf, Erith.

The body of a man, believed to be in his forties, has been recovered.

Police are confirming his identity and informing next of kin.

The death is currently being treated as unexpected. The investigations continue.’