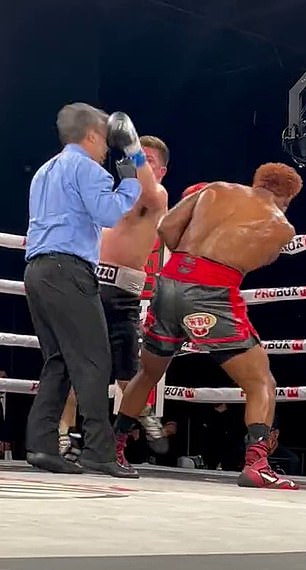 ‘That referee has a CHIN’: Boxing official is praised after being punched in the face by a left hook from Mexican fighter Mario Aguilar as fans praise him for ‘eating’ the fierce punch

A boxing referee was punched in the face during the match between Mexican star Mario Aguilar and Brandon Glanton on Saturday night.

Aguilar went into the fight as the underdog, receiving a second round knockout after Glanton unleashed a left hook to the body. 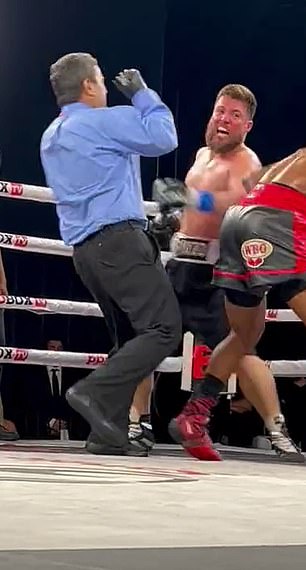 As a result, Glanton took his 17th straight win. However, the 30-year-old’s triumph was not what caught the eye on Saturday night.

Instead, it was the moment Aguilar punched the referee in the face after Glanton got out of the way.

The referee stumbled back, but shook off the incident and immediately returned to his referee fight.

Fans were quick to praise the referee on social media. One supporter wrote: ‘THE REFEREE HAS A CHIN.’ While another fan said: ‘Blimey the referee took that well. Fair game!’.

One Twitter user added: “[Amir] Khan would have done the chicken dance after it landed.’ While another said: ‘What the clip doesn’t show is the referee comes back with a steel chair.’

Others took to the social media platform to write:

William Glendinning, 18, killed after off-road buggy flips on him while riding on…