Boy, 10, is airlifted to hospital after falling from 100ft cliff while on holiday in Brighton 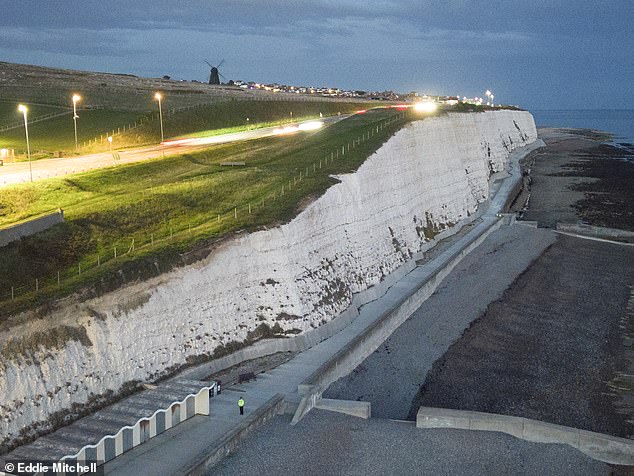 Boy, 10, is airlifted to hospital after falling from 100ft cliff while on holiday in Brighton

A 10-year-old boy fell off a 100-foot cliff while on holiday in Brighton and was taken to hospital with serious injuries.

The child fell from the Ovingdean cliffs yesterday around 5pm and was flown to St George’s Hospital in London, where he remains in critical condition.

A passerby told the Argus: ‘I saw all the emergency services at the cliff and it looked worrisome.

“I heard it was a kid, so I really hope they’re okay. It’s absolutely terrible.’

The 10-year-old child fell from the Ovingdean cliffs around 5 p.m. last night (pictured) 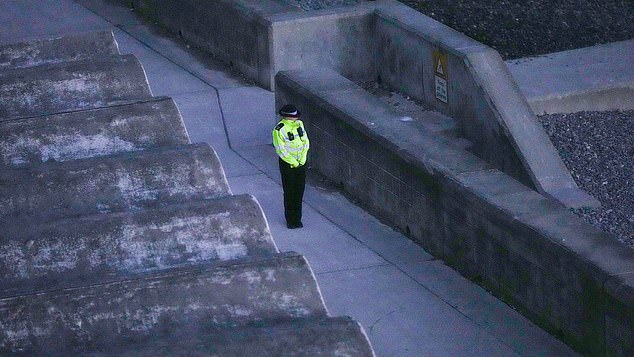 A police cordon and some road closures have been put in place to facilitate the rescue and investigation.

Sussex Police said the boy is not a resident of the area but was visiting.

They added that his family is reportedly receiving support from specially trained officers.

Officers’ investigation into exactly what happened is continuing.

A spokesman for the Sussex Police Department said: ‘Police responded to a report of a boy who had fallen from a height in Ovingdean on Saturday 24 September at approximately 5pm.

The 10-year-old was found to have suffered serious injuries and was flown to St George’s Hospital in London, where he remains in critical condition.

“He’s not around the area and was visiting Brighton and Hove.

“The Ovingdean roundabout was closed while the boy was taken to safety.

The roundabout reopened just before 10 p.m. We thank the public for their patience during the closure.

“The boy and his family are receiving support from officers and the investigation continues.”