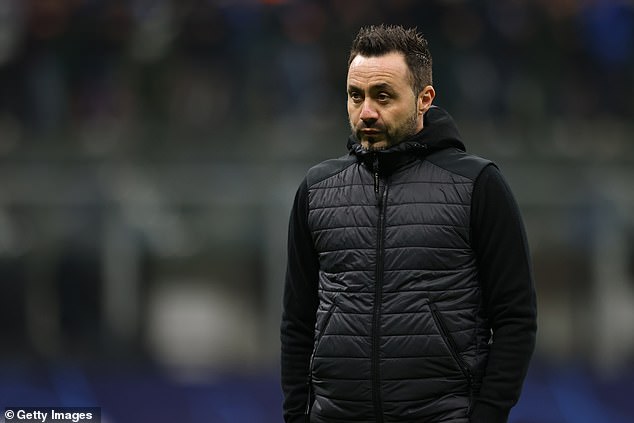 In London, Liverpool had beaten Chelsea on penalties to win the Carabao Cup. At Brighton, Graham Potter’s team was stuck in a rut of six consecutive defeats. In Kiev, Roberto De Zerbi received a phone call.

It was nearly midnight on Sunday, February 27 – three days after the Russian invasion – and De Zerbi and eight Italian members of his coaching staff in Shakhtar Donetsk took shelter in the Opera Hotel’s underground bunker, unable to sleep amid artillery fire, when they were told they had 10 minutes to leave.

They had rescued their terrified Brazilian players with their young families from the war the previous day, and now it was their turn to step outside and escape an attacked city.

“The streets were deserted, but there was a risk of encountering Russian saboteurs,” De Zerbi told the Italian newspaper Il Messaggero.

“We waited an hour before getting on the train. After nine hours we reached Lviv where a bus was waiting for us.

“We got on the bus with an escort, but it was a nightmare. After a short journey we took another bus that took us to Hungary. The last kilometers we drove at walking pace. It was snowing.’

Twenty hours after the Opera’s flight, they reached the Hungarian border where Ukrainian police waited to give them hot food as they went through checks for an hour before driving another three hours by bus through the snow to Budapest. 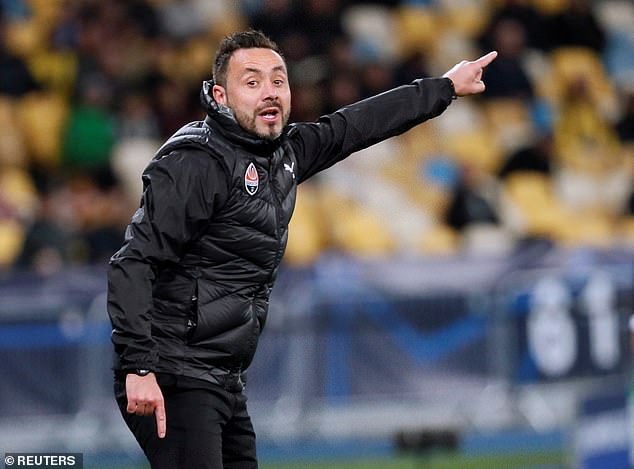 The Italian was previously in charge of Ukrainian club Shakhtar Donetsk, but had to flee the country after the Russian invasion in February.

“Ukraine was behind me and I turned to catch my last glimpse of the country we had arrived at last summer, at an important stage in our career,” said De Zerbi. “It was an extraordinary human adventure.

“I thought about the players. The Brazilians were safe, but the Ukrainians were in their homes, ready to fight.

“The Ukrainians surprised everyone with their resistance. The Russians underestimated the minds of these people.’

Brighton’s new manager, who agreed a four-year contract to replace Potter on Sunday, made his mark in the Italian game.

Over three seasons with Sassuolo, a small club that has performed above their weight in Serie A for most of the past decade, he developed an exciting, dynamic team that achieved some remarkable results, taking consecutive eighth places in the top division.

After a modest career as an attacking midfielder, De Zerbi worked his way up from the bottom. He started with Darfo Boario in the Italian equivalent of the National League, then had spells in Foggia, Palermo and Benevento.

He has an impressive track record of improving players, including Italian Euro 2020 heroes Manuel Locatelli and Domenico Berardi. 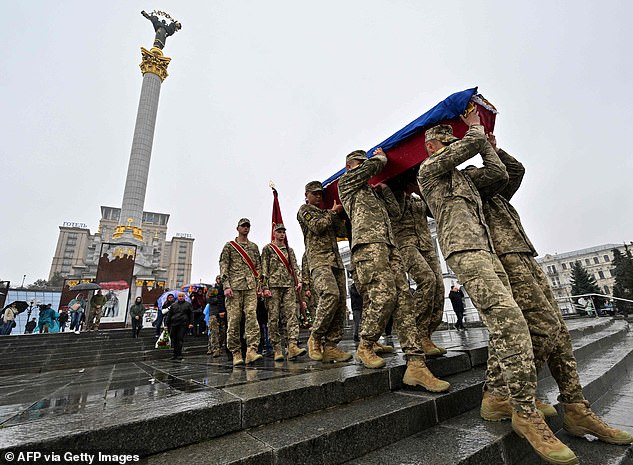 There are similarities between De Zerbi and Mauricio Pochettino. He works his players hard in training, demands courage on the ball and knows how to get the best out of the younger members of his team.

Two months after the dramatic breakaway from Kiev, the 43-year-old Italian and his staff reunited with Shakhtar and guided them through five friendlies in the Global Tour for Peace in Greece, Turkey, Poland and Croatia. De Zerbi (left) resigned in July and took an intensive 30-day English course in preparation for a future move to the Premier League.

Earlier this month, however, he was approached by Bologna as they were preparing to fire Sinisa Mihajlovic. He refused on principle, saying he wouldn’t be happy to replace Mihajlovic, who fights leukemia.

Then, just two days later, Chelsea fired Thomas Tuchel and lured Potter out of Brighton and his next move began to take shape.

The Zerbi flew to England on Friday for talks, which took on a new urgency as gossip began to swirl about potential interest from Juventus, which has struggled under Max Allegri this season. 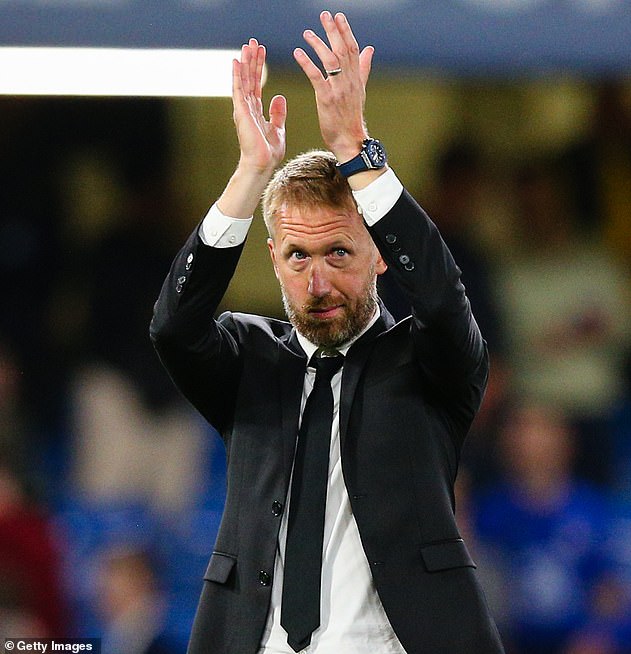 The deal was agreed on Sunday and on the face of it, he and Brighton appear to be an ideal match.

De Zerbi inherits a squad full of confidence and working under an effective plan, and couldn’t ask for a better chance to show what he can do.

The manager and his loyal staff are expected in Brighton today.