By Andy Jehring for The Daily Mail

Britain is to arm Ukraine with precision-guided missiles with a range of up to 80 miles to rival Russia’s artillery arsenal.

Defense Secretary Ben Wallace has confirmed the delivery of an unspecified number of M270 launchers.

Moscow has been able to make gains in the east by using the superior range of its weapons to flatten cities before sending its infantry.

Wallace said: “As Russian tactics change, so must our support for Ukraine. These highly capable missile systems will enable our Ukrainian friends to better protect themselves against the brutal use of long-range artillery by Russia.”

The Kremlin reacted furiously to the actions and threatened to intensify attacks in western Ukraine.

“This pumping up of weapons in Ukraine will cause more suffering for Ukraine, which is only a tool in the hands of the countries that supply it,” Kremlin spokesman Dmitry Peskov said. 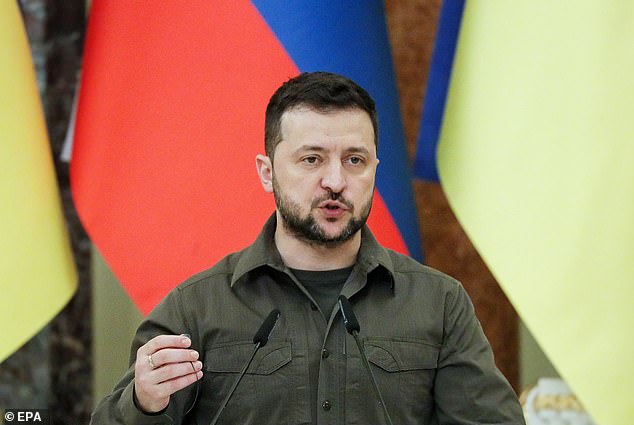 But Mr Zelensky has called for even more heavy weapons, rejecting the fact that “the occupiers control almost 20 percent of our territory.”

He said Russia has fired 15 cruise missiles in the past day and used a total of 2,478 missiles to invade Ukraine.

Russian troops yesterday continued to storm the eastern city of Severodonetsk, where they are said to control about 80 percent of the city.

Military analyst Zhdanov noted that after the fierce fighting in and around Sievierodonetsk, Russian armed forces will be “exhausted” and military leaders will have to replenish their troops and weapons.

“Ukraine will try to use this pause to collect Western weapons, form a strategic reserve and prepare a counter-offensive,” he said.

The only other city in Luhansk province that the Russians have not yet captured, Lysychansk, is still completely under Ukrainian control, the governor said, but will likely be the next target.