British mother, 30, receives Turkish hospital bill of £50.00 after being thrown off cliff with son (10) 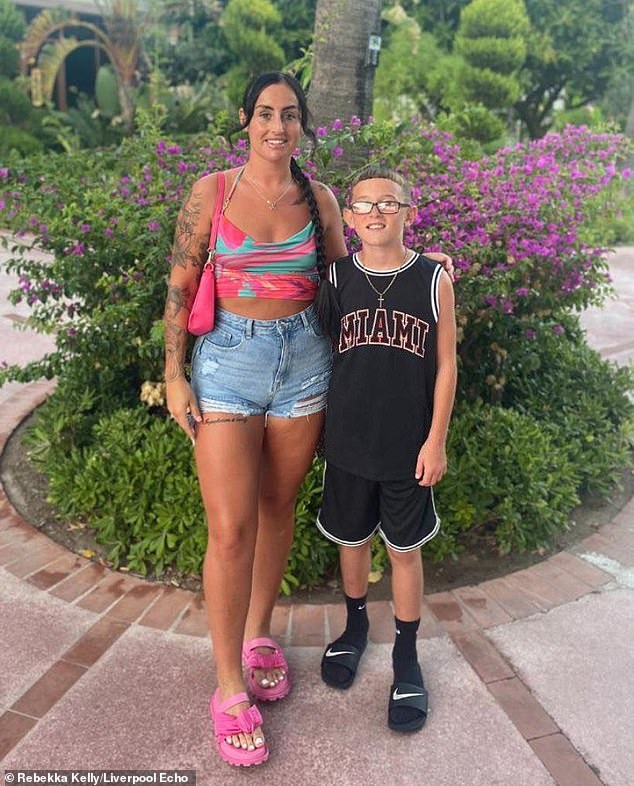 A British mother has been stranded in a Turkish hospital with a £50,000 medical bill after a horrific safari buggy crash, where she and her 10-year-old son were ‘thrown’ off a cliff.

Rebekka Kelly, 30, booked a TUI package holiday to Antalya, Turkey with her eldest son, Sonny, 10, after her youngest, Leo, five, was due to leave with his father.

However, the holiday quickly took a turn for the worse after a horrific accident resulted in Ms Kelly being rushed to hospital.

Ms Kelly and her son booked a buggy safari tour through a TUI representative for September 2nd but their original buggy ‘failed’ so got a new one to replace it.

Rebekka Kelly (pictured), 30, booked a TUI package holiday to Antalya, Turkey with her eldest son, Sonny (pictured), 10, after her youngest, Leo, five, left with his father

However, problems with the steering wheel led to a serious incident where the buggy ‘flew off a cliff’.

Ms Kelly, who said her seatbelt also failed, was “thrown out of the buggy” and lost consciousness.

After the accident, the mother was rushed to hospital for two major surgeries in which she fractured seven vertebrae in her spine and pelvis, as well as internal bleeding. Two weeks later she is in the hospital.

In addition to the trauma, Ms Kelly now faces fears her insurance won’t cover her and faces hospital bills in excess of £50,000.

Ms Kelly, from Birkenhead, Merseyside, said: ‘I booked with the TUI representative at the hotel and it was advertised with insurance cover. I had my own holiday insurance, but it does not cover the accident as it is considered an off-road sport.

“But despite advertising the excursion with insurance coverage, we haven’t heard if I’ll be covered.

“My sister-in-law has called every Tom, Dick and Harry, but gets nowhere. I’m tired, I just want to go home. 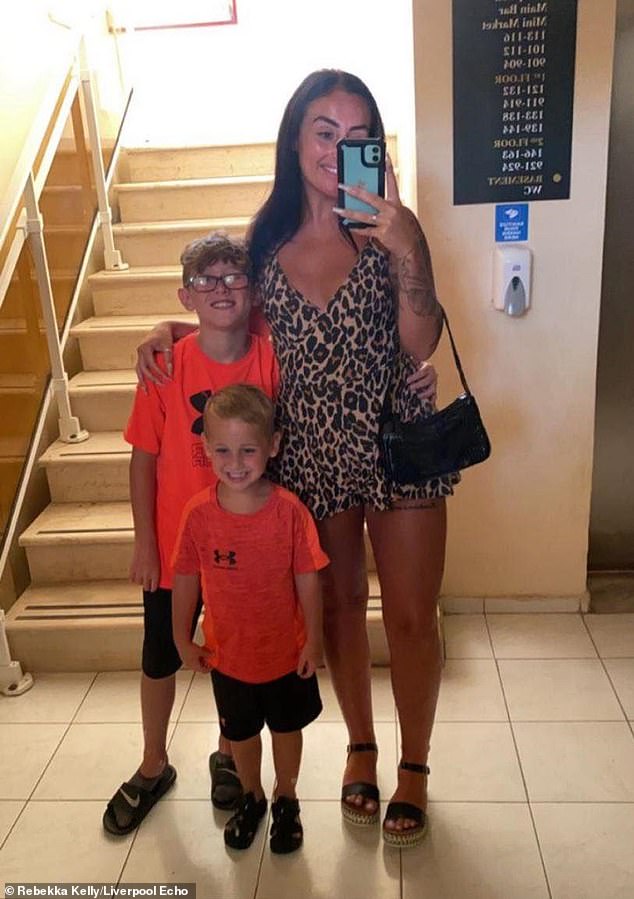 However, the holiday quickly took a turn for the worse after a horrific accident resulted in Ms Kelly being rushed to hospital. In the photo: Mrs Kelly with her two sons

‘While the steering failed, my seatbelt wouldn’t keep me in the buggy and I was thrown off the cliff, luckily Sonny’s seatbelt kept him in. I feel like if my seat belt did its job, I wouldn’t have the injuries I have.”

Kelly’s brother, Rocky, said Sonny is back with him in the UK, “battered and bruised” and extremely upset.

Rocky tried to get his sister home, saying they “just didn’t know what to do.” He said online, the trip “advertises insurance as included.”

Rocky added: “The hospital is chasing her for money, she’s been there for two weeks. She was told she could come home by air ambulance this week, but nothing has been arranged.

“She had her own holiday insurance, but the fine print said they weren’t insured for this accident, they were nice, don’t get me wrong, but the TUI excursion advertises its own insurance coverage as part of the deal.

‘She’s in bad shape. She can’t get out of bed, she loves her two children. TUI won’t contact us, we need to get her back home so she can have more surgery in the UK but we can’t reach anyone.

“We’re really worried about her. If TUI isn’t willing to pay the insurance and pay the medical bill, we don’t know what we’re going to do, we don’t have that kind of money and she’s facing this through no fault of her own.

“These injuries are going to change her life and we still won’t know the true extent until she gets home. Sonny is crying, he is in so much emotional pain.

“We’ve made hundreds of phone calls to TUI, they provide flights so we can see her, but we haven’t heard anything about insurance coverage. 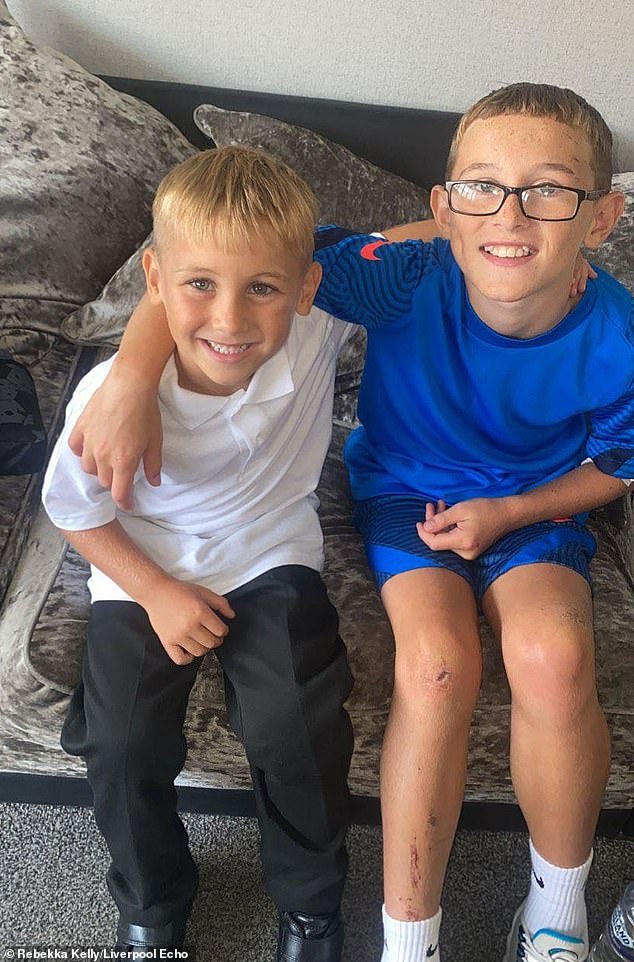 After the accident, the mother was rushed to hospital for two major surgeries in which she fractured seven vertebrae in her spine and pelvis, as well as internal bleeding. Two weeks later she is in the hospital

“We have no idea what goes into it. The ad says the price includes insurance, so why aren’t they helping? Rebekah is really having a hard time. She can’t remember how she ended up in the hospital, she was knocked unconscious.’

Rocky went on to say that he feels the family is being “neglected” by TUI and concerned about how they can raise the money to get Rebekah home.

Rocky said: ‘An air ambulance itself costs about £20,000. It is disgusting and cruel, she was on vacation and she was abandoned by those responsible for her health. It’s not her fault she had this accident, but she was left there.

‘There is nothing arranged for her to come home, she also has to stay in the hospital when she is home. My partner posted on Facebook and it had hundreds of comments with similar stories. We have heard that people have died on this excursion, why are people’s lives being put on the line?

“We’ve been told the medical bill alone is around £50,000, we haven’t had a call from TUI to explain anything yet. We are very concerned about Rebekah as her mental state is rapidly deteriorating.’

A GoFundMe Page was set up to help cover Ms Kelly’s medical bills and return to the UK.