A teenage boxer died just days before his 15th birthday while on a family vacation.

Jack Pollock, from Edinburgh, died suddenly in Portugal on Thursday while he was away with his mother Johan and his younger brother.

The schoolboy was described by his boxing club Granton as “full of ideas and mischief” and his father Darryl paid tribute to the fierce “protector.”

He said, ‘Shattered, broken, all in one. I wish you were sitting here next to me.

“It will never be the same again, we never expected this to happen on vacation.

“We need him to be at peace and at home. We’ll take you home anyhow.’

Darryl also spoke of his son’s boxing talent, describing him as a “rock” to his friends.

He told Edinburgh Live: ‘He was really passionate about his boxing. Even on his days off he was running and always giving 150 percent, there was no slack from Jack.

“I’ll say one thing about Jack and that’s the fact that he was a protector. All his friends went to him when they had problems, because he was their rock.

“If you ever needed anything, he’d be the first to storm out of his house to help you. 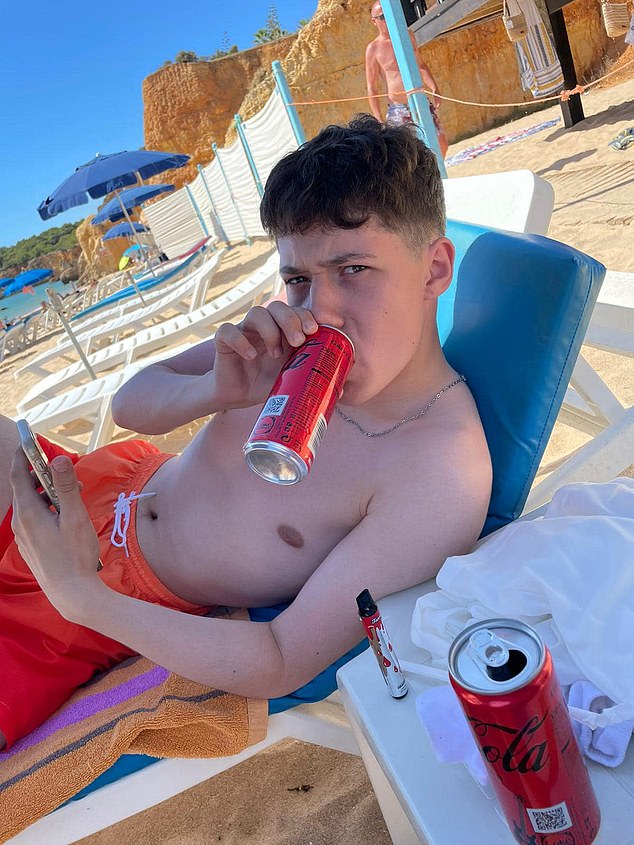 “He also loved his music, but his passion was going out with his friends.”

David Barclay, a coach at his amateur boxing club, also paid an emotional tribute to the teen.

He said: “On behalf of myself and everyone at Granton amateur boxing club, we would like to express our deepest condolences to Jack’s family who have a tear in my eye and a lump in my throat.

“I can tell you that Jack’s passing has devastated an entire community.

Less than a year ago, you walked into my gym full of ideas and mischief, a typical teenager who absolutely loved boxing.

“As anyone who dealt with Jack would agree that this boy had the heart of a lion. In my personal opinion, this kid would have come a long way in the boxing world.

“Jack: You were never a member, you were part of the little family. May God give you the best bed in heaven and everyone keeps Jack’s family in their thoughts and prayers. Rest in peace little champ.’

A fundraiser has been set up for the family to help them return his body to the UK. 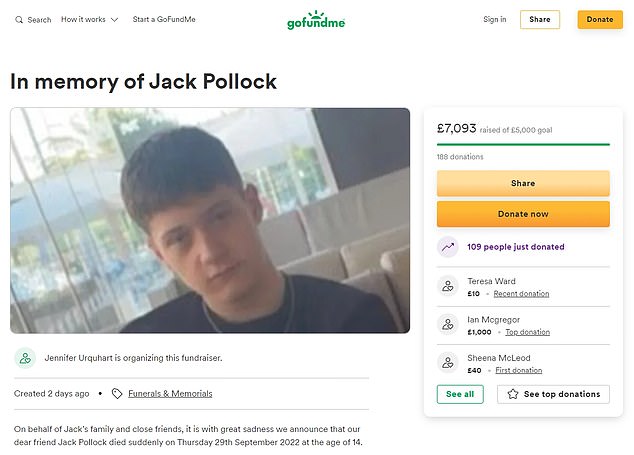 More than £7,000 has already been donated to the family.

They wrote: ‘On behalf of Jack’s family and close friends, we are deeply saddened to announce the sudden passing of our dear friend Jack Pollock on Thursday, September 29, 2022 at the age of 14.

“Jack was funny, sweet and kind. In his close friendship group, he always made people laugh. He always put his friends first – he cared more about others than himself.

Jack loved his mother and was a devoted and loyal big brother. He will be missed by all who knew him.

“With a passion for boxing, he was committed to training and being the best. He had a fondness for CDT and history.

“We know Jack will never come back with a certain amount of money, but if we can help relieve the pressure and ease the burden on the family a bit, we’ll do our best.

“If you are financially able and want to donate, do so. The family greatly appreciates all the support.’

A Foreign Office spokesman said: “We are supporting the family of a British child who died in Portugal.”