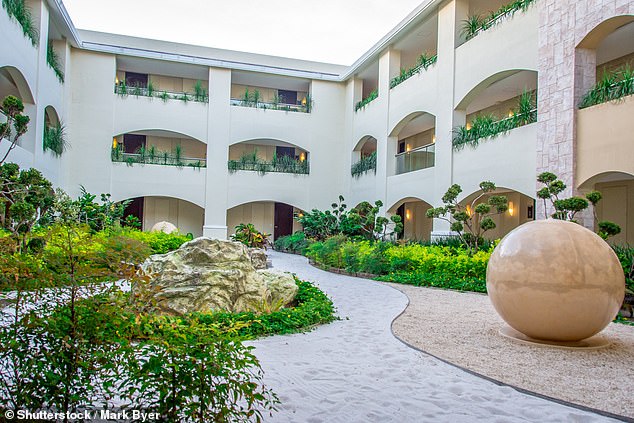 British tourist, 34, fights for life in coma after falling from balcony with partner while vacationing in Mexico

By Ken Brown for Mailonline

A British man is in a coma after falling from a hotel balcony in Cancun, Mexico.

The man, believed to be a 34-year-old tourist, suffered serious head injuries after falling from a balcony at the Moon Palace hotel near Puerto Morelos, according to local media.

The man was taken to Galenia hospital by emergency services and then transferred to the general hospital, where he remains in serious condition.

The incident happened on Sunday when the 34-year-old Briton, who was believed to be on holiday with his partner, fell from the balcony of a hotel in Cancun and is in a coma, according to local media. 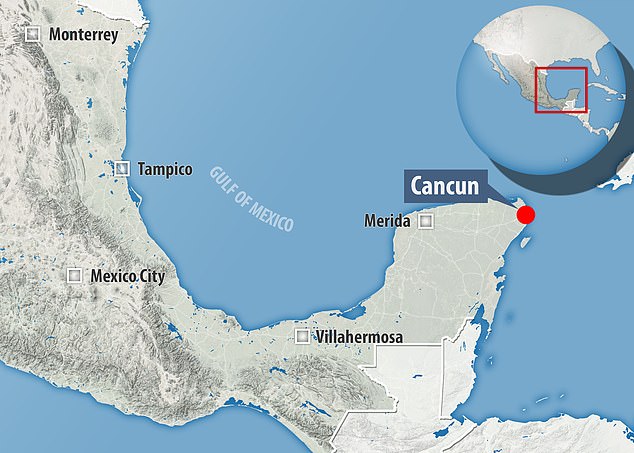 Cancun Mexico, where the fall took place, is a popular tourist destination, is shown

The incident appears to be the latest in a string of balcony-related injuries.

A 48-year-old British woman crashed from an eighth-floor hotel room in the Majorcan capital Palma on August 17.

Last month, another Briton, Jenna Smith, 34, died after falling from a seventh-floor balcony vacation in Turkey.

Another British man fell from a height of about three meters on June 14 at the party resort of San Antonio in Ibiza.

In May, a 34-year-old man in Spain died from the seventh floor of the four-star Melia South Beach hotel in Spain. Magaluf.

This is a breaking news article. More details to follow.

CONDOMS, a pistol and enigma machines are among items from Nazi U-boat examined for first time