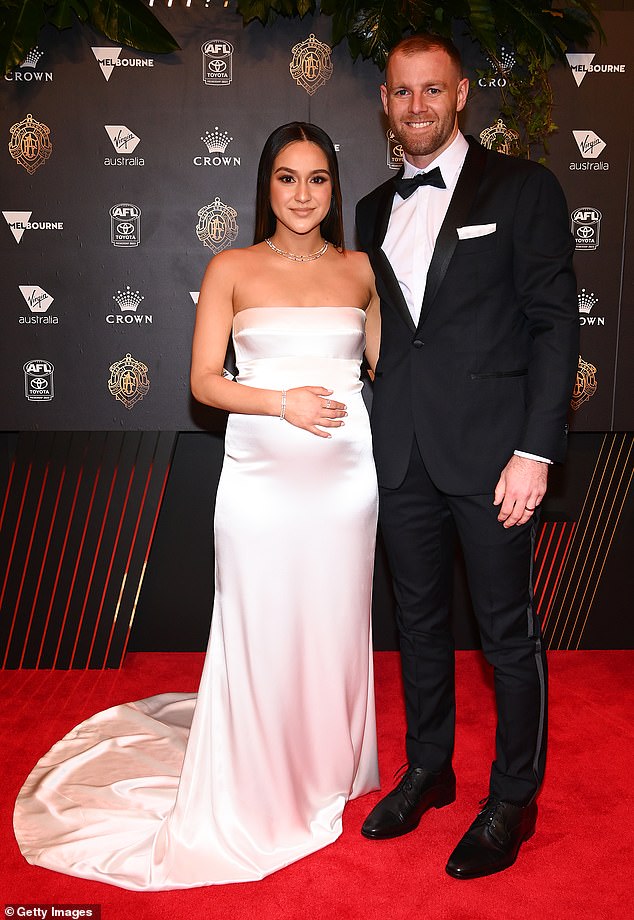 Sam and Natalie Docherty’s stunning appearance was hard to miss at the Brownlow Medal 2022 on Sunday.

Natalie proudly showed off her baby bump as she posed for snaps in an elegant, figure-hugging off-white dress.

The mother-to-be looked sensational as she lovingly placed her palm over her stomach.

Natalie wore her raven locks perfectly straight for the event, putting her natural beauty at the center of attention.

She completed her look with dazzling diamond jewelry.

The lovebirds beamed as they posed on the red carpet at Crown Palladium in Melbourne. 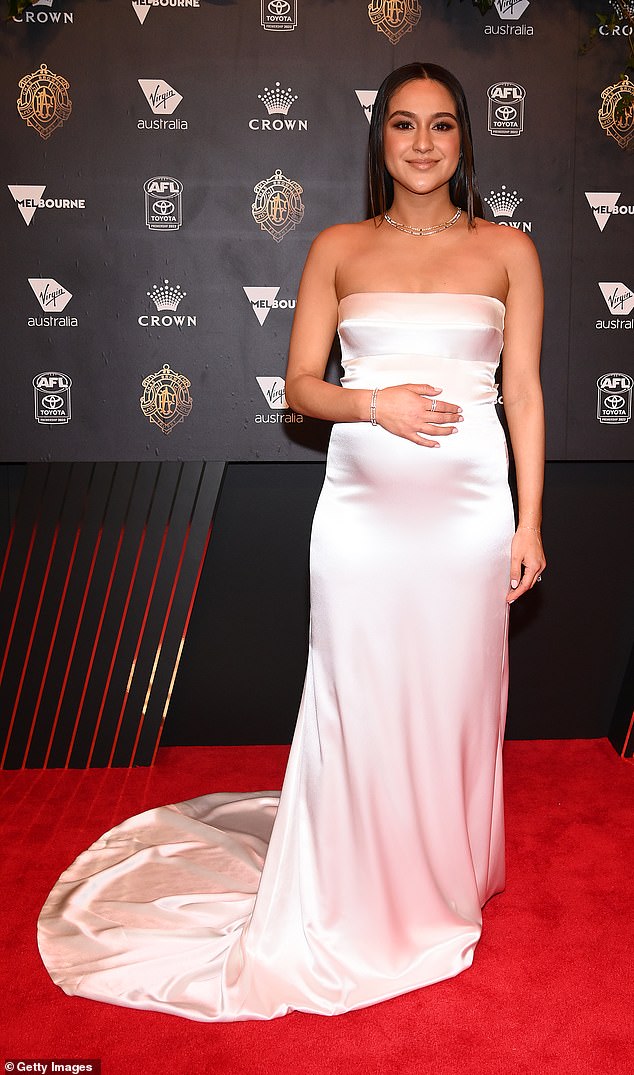 At one point, the couple joined forces and both seemed excited to attend AFL’s most exclusive event.

The couple’s appearance follows reports that the Brownlow medal count had succumbed to political correctness after she banned a very simple question from red carpet interviews.

Speaking to the Herald Sun, this year’s red carpet hosts Emma Freedman and Dale Thomas confirmed they won’t ask anyone about their clothes.

“We were not asked any questions about what you wear, who you wear, why you wear it,” Freedman confirmed. 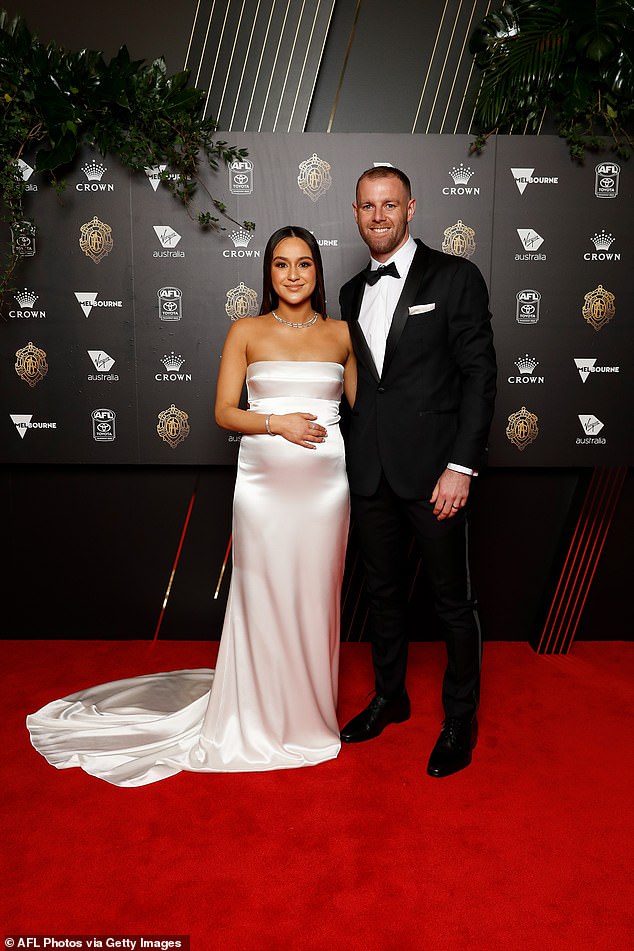 “We’re going to focus on the fun and a little giggle on the red carpet instead of asking that question,” she added.

Asking celebrities who they wear has long been a fixture in red carpet coverage around the world, with reporters often using the question to quickly get female celebrities into conversation. 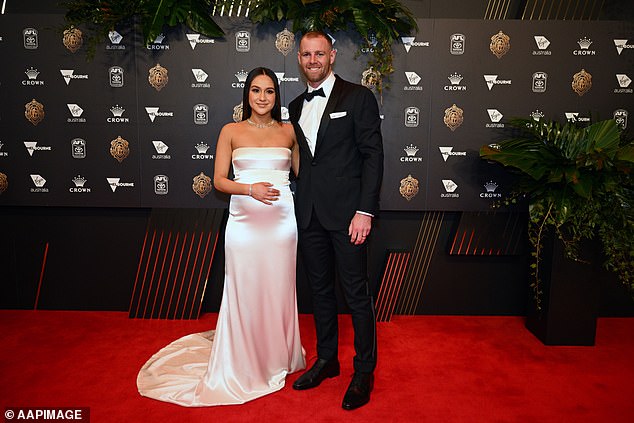