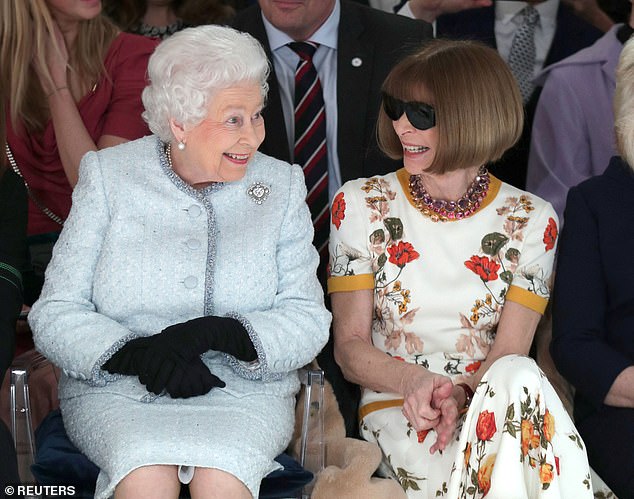 Fashion houses Burberry and Raf Simons have canceled their shows at London Fashion Week as a show of respect after the death of the Queen.

The British and Belgian designers each issued a statement announcing their withdrawal from the event as the country enters a period of mourning for Queen Elizabeth II, who passed away on Thursday at the age of 96.

For now, the British Fashion Council has said London Fashion Week will still go ahead and open in the capital on Friday, September 16 – but the celebrations would be muted.

The Queen attended London Fashion Week in 2018 and sat front row with Anna Wintour, editor-in-chief of Vogue US

A statement from the BFC said: “London Fashion Week is a business-to-business event, and an important time for designers to showcase their collections at a specific point in the fashion calendar, we recognize the work that is in this moment.

“Therefore, shows and presentations of collections can go on, but we ask designers to respect the mood of the country and the period of national mourning by considering the timing of their image release.”

While many fashion houses have not yet indicated whether they will continue with their LFW shows, Burberry and Raf Simons were quick to announce that they were withdrawing.

A spokesperson for Raf Simons told FEMAIL: ‘Following the devastating news of the passing of Her Majesty Queen Elizabeth II, we have decided to cancel Raf Simons’ catwalk show on 16 September. 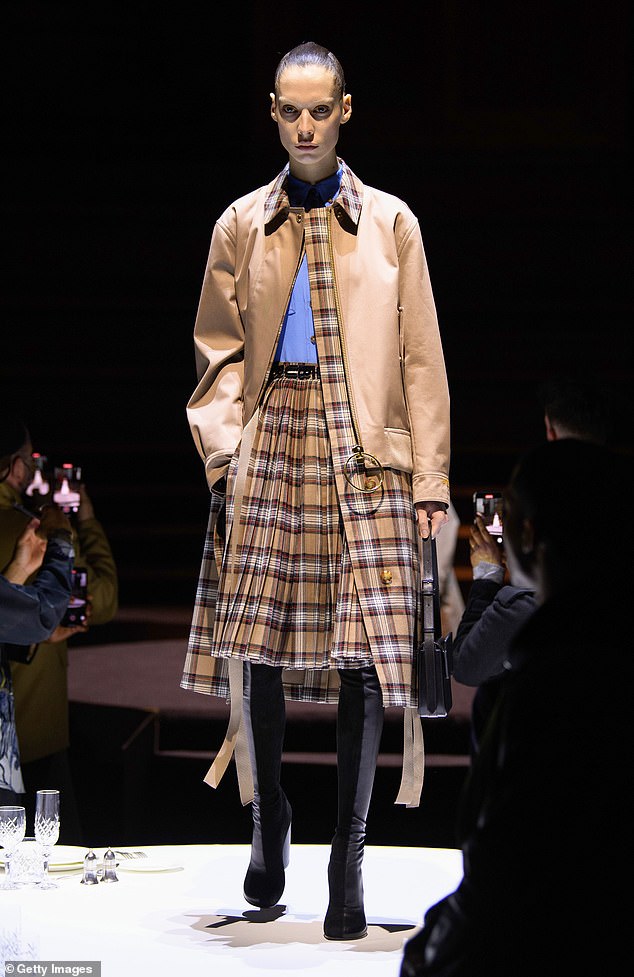 British fashion house Burberry has announced it will be canceling the London Fashion Week show (Photo: A catwalk model at the Burberry A/W 2023 Womenswear Collection presentation in March 2022)

“As the country enters a period of official mourning, we will pause at this time of great sorrow. We will take this time to respect the legacy of Her Majesty Queen Elizabeth II and her 70 years on the throne.

“Our thoughts are with the royal family and the people of the Commonwealth.”

They added that updates on the designer’s spring/summer collection would be released at a later date.

Burberry also confirmed that the show, which was originally set to take place on Saturday, September 17, would not take place.

In 2018, the Queen made a surprise appearance at London Fashion Week where she sat front row alongside Vogue US Editor-in-Chief Anna Wintour.

The then 91-year-old was pictured sharing a joke with the long-standing editor while the pair watched Richard Quinn’s show.

Her Majesty then presented him with the inaugural Queen Elizabeth II Award for British Design.

Queen Elizabeth II died on Thursday afternoon at the age of 96 in Balmoral.

Buckingham Palace issued a statement at around 6:30 p.m. confirming Her Majesty’s death.

It read: ‘The Queen passed away peacefully this afternoon in Balmoral.

“The King and Queen Consort remain in Balmoral tonight and return to London tomorrow.”