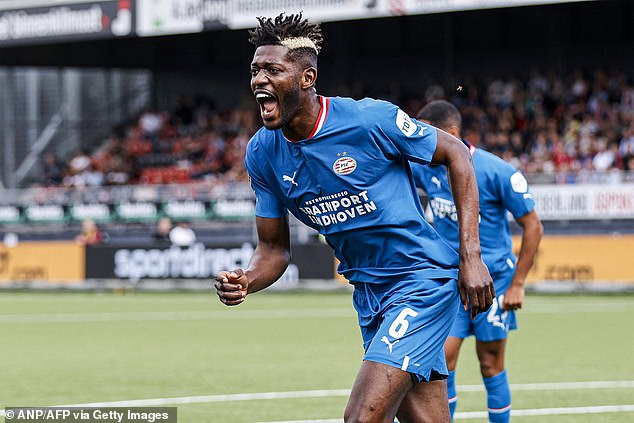 By Simon Jones and Ben Willcocks for Mailonline

Chelsea have made an approach for PSV Eindhoven midfielder Ibrahim Sangare.

The West London club initially withdrew from their pursuit of midfield three weeks ago, after the 24-year-old signed a new five-year contract with the Eredivisie giants.

But the Blues have since revived their interest in hopes of luring Sangare to Stamford Bridge before the summer deadline, eager to bolster Thomas Tuchel’s injury-ridden engine room.

Hampered by injuries to Mateo Kovacic and N’Golo Kante, the German coach suffered a midfield headache during shock losses to Southampton and Leeds.

Kovacic returned from the bench on Tuesday in Chelsea’s 2-1 defeat to Saints, replacing midfielder Ruben Loftus-Cheek, who has been mainly used on the right wing so far this season.

With Kante still sidelined, the Blues have approached PSV to negotiate a deal for Sangare, looking for a conventional defensive midfielder to protect the back five. 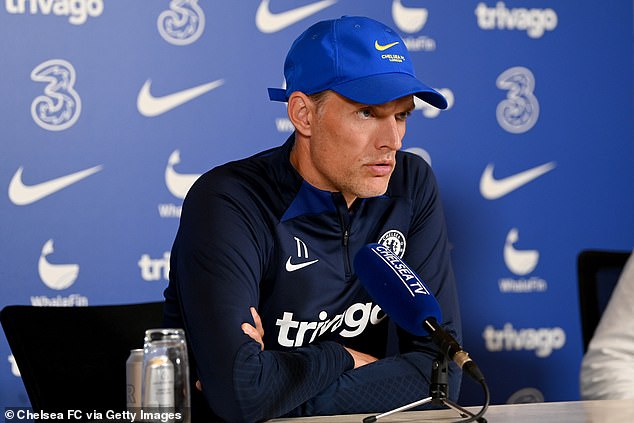 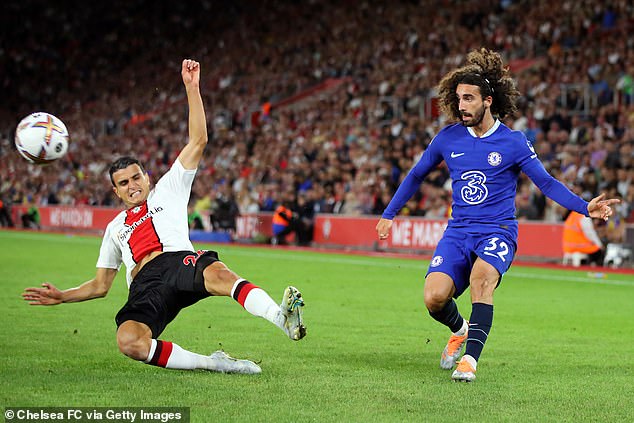 The Ivorian international had a fruitful start to the season in Eindhoven, scoring three goals in eight appearances in all competitions.

Sangare played a total of 49 matches last season and helped PSV to a second place in the Eredivisie, narrowly missing the title by two points from champion Ajax.

If a deal were agreed before the deadline, the midfielder would mark Chelsea’s seventh addition to the summer window after Raheem Sterling, Marc Cucurella, Wesley Fofana, Gabriel Slonina, Carney Chukwuemeka and Kalidou Koulibaly.