Children go back to school in Ukraine as war continues 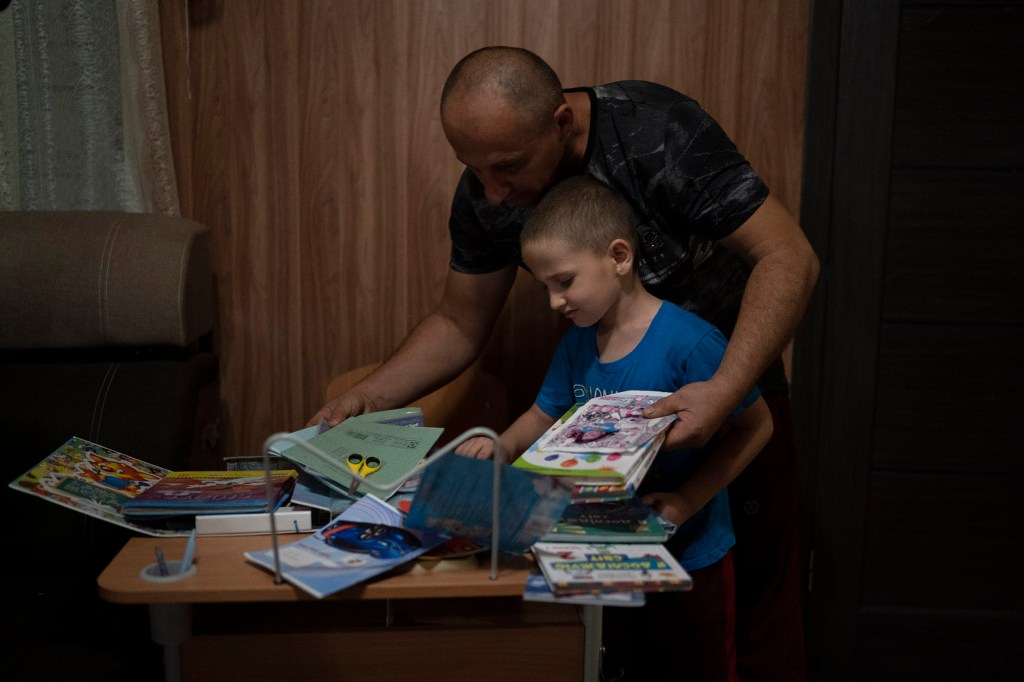 MYKHAILO-KOTSYUBYNSKE, Ukraine (AP) — On the first day of school in Ukraine on Thursday, children will not share memories of fun vacations with their families. Their stories are about surviving war. For many, their last day of school was the day before the February 24 Russian invasion of their country.

At least 379 children have died since the start of the war, while the whereabouts of 223 others are unknown, according to Ukraine’s Attorney General’s office. Another 7,013 children were among Ukrainians forcibly transferred to Russia from areas occupied by Russia.

Some children had to flee their hometowns to avoid bombing, others spent weeks in basements. And while those in so-called “safe” regions sometimes managed to study online, classes were often interrupted by air raid sirens. Six months of war damaged 2,400 schools across the country, including 269 destroyed, according to Ukrainian officials.

“It’s kind of the new normal for kids, which, as I said, I’m also very concerned about because that’s not the way kids should go through life thinking they could be attacked at any moment,” UNICEF executive director Catherine M. Russell, told The Associated Press.

Civilian areas and schools continue to be affected and children continue to be killed. But after the first months of shock, despite the risk, 51% of schools in Ukraine are reopening for personal education, with an option to study online if parents want it.

‘You know, usually you have windows, you can see out. These kids don’t have that luxury and they’re just, they get used to that lifestyle to be protected from potential attacks and that’s not what a kid should have to deal with,” she said.

But the safety of children remains the priority. Schools that do not have quick access to shelters or that are close to the borders with Belarus and Russia, or near active military zones, will study online only.

Such is the case for the seventh grade in Mykhailo-Kotsyubynske, just 35 kilometers from the border with Belarus, who gathered at their badly damaged school on Tuesday to pick up textbooks to study online. While waiting, they played a version of “Truth or Lie,” where players tried to guess whether their opponent’s claim about the number of missiles they saw from their window was true or false.

“We haven’t seen each other in so long. You have all grown so much,” said their teacher, Olena Serdiuk, who stood in a corner of the classroom where windows were covered with thick black polyethylene instead of glass.

Oleksii Lytvyn, 13, vividly remembers the day Russian missiles hit the school twice. It was March 4, and he was in the school’s bomb shelter with his family and dozens of other people.

A few minutes before the explosion, he was playing with a friend. After the loud explosion, the walls began to shake and he could see nothing but a huge cloud of dust. One person was killed, a woman who worked at the school.

“We slept in the hallway and there was a dead person’s body behind the wall,” recalls Oleksii. His family stayed one more night before fleeing the city, but they have since returned before the start of the school year.

Oleksii’s classmates told similar stories about that day and the months-long Russian occupation of Mykhailo-Kotsyubynske that followed.

“When I’m at school, I think about the person who died in the rubble. I deeply feel sorry for her,” said 12-year-old Mykola Kravchenko.

Their school, the largest in the area with 407 students from Mykhailo-Kotsyubynske and nearby villages, is still badly damaged. Debris fills the second floor and the roof and heating system have yet to be repaired – money the school doesn’t have.

Although they will be studying online, the students were required to complete a security training course on Tuesday. Serdiuk told the class to follow her to the same bomb shelter where many survived the explosion in March.

In the dimly lit shelter were water supplies and rows of long benches with labeled chairs for each classroom. When the children took the seats assigned to their class, Serdiuk told them to go there if they heard a short bell.

She said many parents tell her that their children are begging them to go back to school, but for now that is not allowed due to the danger of being so close to the border with Belarus.

“Ukrainian children are well aware that the world is unstable and that it can be a terrible place. That entails … a loss of a basic sense of security,” said UNICEF spokesman James Elder, adding that the uncertainty can affect their learning and emotional and social development.

Schools in the Kiev, Lviv and Chernivtsi regions welcome students back to class on Thursday. However, it is up to the parents whether they send their children to school or opt for online education. The Kiev and Lviv regions will house more than 7,300 displaced students who were forced to flee their hometowns and escape life under constant fire, officials said.

Education Minister Serhiy Shkarlet welcomed the students and staff back as the new school year started.

“Today we face a new important task: to ensure the acquisition of education in a safe environment and psychological stability,” he said in a video on Telegram. “I wish strength, perseverance and intransigence in the desire to be an educated nation!”

In Kramatorsk in the Donetsk region, there is no hope for schools to open their doors to students. The city has been under constant shelling since the beginning of the war.

In one city school, the first-grade classroom was already ready: tables, chairs, a clean blackboard, the alphabet and numbers on the wall, and Ukrainian flags ready to be distributed to the children. The only thing missing were the students.

In the middle of the empty space sat Oleksandr Novikov, 55, who had been the school’s director for 12 years and a teacher for more than 20 years.

“It’s very depressing, it’s very unpleasant to feel like you’re coming to an empty school,” he said. “There will be no kids laughing at school, nobody will be running here” when the school year starts on Thursday.

While Ukraine tries to defend itself against the Russian invasion, Novikov dreams of better times.

“I would like a real first bell, a real meeting with children and teachers, a real lesson, when eyes look at you with inspiration, confidence and a desire to hear something new, to learn something new.”

“This is what I would like to see,” he said.