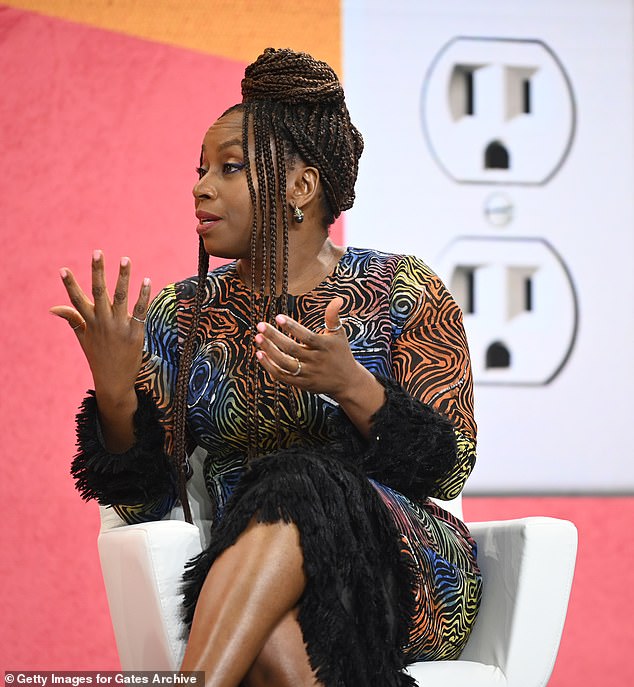 Award-winning writer Chimamanda Ngozi Adichie has said she will continue to speak her mind regardless of the fallout after she faced criticism online in a 2017 interview for saying that “trans women are trans women.”

The author of Half of a Yellow Sun, who has won several awards for her works, recalls coming under fire last year for comments made in a Channel 4 interview four years earlier.

The author, 45, who supports trans women and campaigns for LGBT rights in Nigeria, was criticized by fellow Nigerian author Akwaeke Emezi, who is non-binary, who called her “transphobic.”

Speaking with The Times 2 Magazine, she said, “I will say what I think and often there are consequences, and I am willing to accept those consequences.”

Award-winning novelist Chimamanda Ngozi Adichie, 45, (speaking at the UN General Assembly) has said she believes many ‘well-intentioned’ movements are at risk of becoming ‘authoritarian’

The author, who is a mother, is campaigning to find better treatments and preventive measures for malaria, which she believes she has had about 100 times (pictured at Paris Fashion Week in 2020)

She added that she believed that “the nature of certain social media platforms” had created an environment where people have become angrier.

In an essay written last year in response to the comment, titled “It’s obscene,” the 45-year-old author accused the angry mob of being “terrified of having the wrong opinions” after receiving criticism from people in both the UK and the US.

She wrote on her website: “There are many social media savvy people who are suffocating in holiness and lack of compassion, who can speak fluently on Twitter about kindness, but are unable to actually show kindness.

“People whose social media lives are case studies in emotional aridity. People for whom friendship, and the expectations of loyalty, compassion and support, no longer matter.

‘People who claim to love literature – the messy stories of our humanity – but are also monomaniacally obsessed with whatever the prevailing ideological orthodoxy is.

“People who use the words ‘violence’ and ‘weapons’ like tarnished pitchforks. And so we have a generation of young people on social media who are so afraid of being wrong that they have deprived themselves of the opportunity to think, learn and grow.” 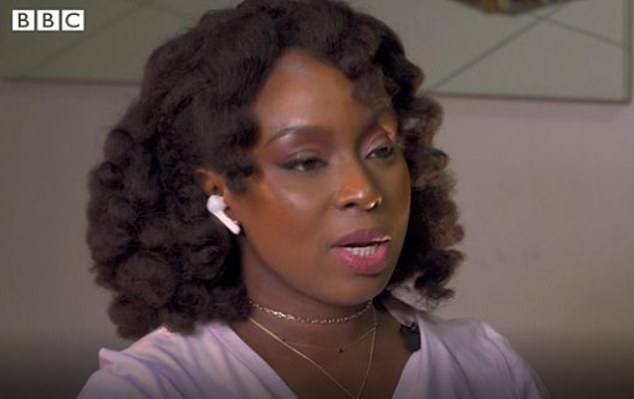 The acclaimed author told the BBC last year that she wrote ‘It’s obscene’ after an angry mob attacked her late parents as they abused her for saying ‘trans women are trans women’.

Last December, Chimamanda told the BBC she felt compelled to write the essay after people online pointed it at her parents, who both died within a year of each other.

She said, “I think the only thing that really turned me over, and in a way to write this essay, was that my cousin called me and told me there were people on social media saying that my parents had died and that it was good for me and it was a punishment for refusing to say that trans women are women.’

Her father, James Nwoye Adichie, died of complications from kidney failure in the summer of 2020, while her mother, Grace Ifeoma Adichie, also passed away unexpectedly in March 2021.

She argued that there are many women who are afraid to speak their mind for fear of a reaction, especially if their opinion goes against the grain.

Chimamanda spoke shortly after fellow author Salman Rushdie was stabbed in the neck while addressing an audience at the Chautauqua Institute in New York.

During the interview, Chimamanda discussed her work with the charity Malaria No More, for which she has been campaigning since 2018. She is also an ambassador for Zero Malaria.

The mother-of-one said she wants to make sure her daughter’s generation will be the first to not have to experience the disease as a common part of their lives.

When asked how often she herself had had malaria, Chimamanda replied, “Oh, I didn’t think about that. Maybe a hundred times?’

She added that it would have been more if she hadn’t left Nigeria to study at university in the US – and even then she contracted malaria on every visit at home.

On how common the disease, which comes from mosquitoes, can occur, the novelist said two people she knows in the country’s capital, Lagos, have contracted malaria in the past week.

She pointed out that while malaria can be fatal for many who get it, it also has serious consequences for those who survive – with weeks of missed school days, meaning children’s education is affected.