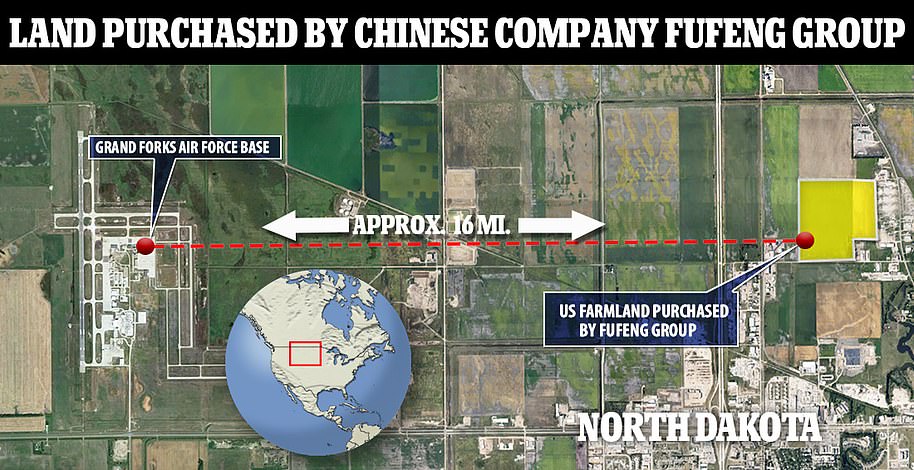 A Chinese company bought hundreds of acres of farmland in North Dakota just minutes from a major U.S. air base, raising national security concerns as the communist country adds to its nearly 200,000 acres of $1.9 billion U.S. farmland.

China-based food producer, Fufeng Group, plans to build a corn factory on its newly acquired 300 acres of land in Grand Forks, just 20 minutes from Grand Forks Air Force Base, which is home to some of the most sensitive drone technology. .

The move could give China unprecedented access to the ins and outs of the air base, which also has a space networking center characterized as “the backbone of all U.S. military communications around the world,” it said. CNBC. 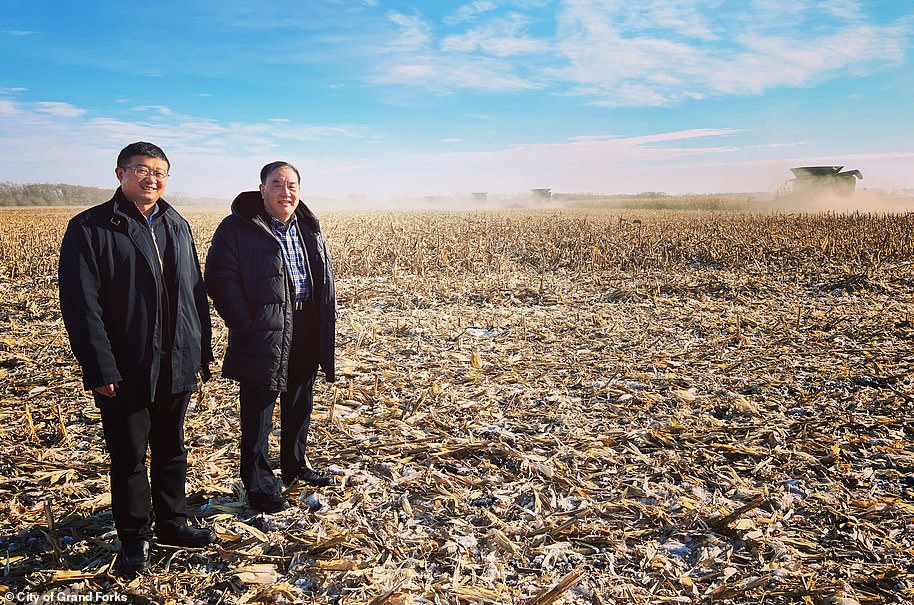 Criticism of the Fufeng purchase comes as US lawmakers have been outspoken about limiting China’s ownership of valuable US farmland, which covered at least 192,000 acres as of 2019.

After the Fufeng Group bought the land in North Dakota for $2.6 million this year, Air Force Major Jeremy Fox wrote a memo in April characterizing the move as symbolic of China’s efforts to locate close to sensitive U.S. defense installations. .

He argued that the Fufeng facility is in exactly the right location for the company to intercept communications coming from the air base.

“Some of the most sensitive elements of Grand Forks exist with the digital uplinks and downlinks inherent in unmanned aerial systems and their interaction with space-based assets,” Fox wrote.

Such interceptions “would pose a costly national security risk and seriously damage the strategic advantages of the United States.”

“Passive collection of those signals would be undetectable because the requirements to do so would only require ordinary antennas tuned to the correct collection frequencies,” he said. “This introduces a serious vulnerability to our Department of Defense installations and is incredibly compromising on US National Security.”

An Air Force spokesman insisted Fox’s memo was not the military’s official position.

They instead called it Fox’s “personal assessment of potential vulnerabilities” and declined to comment. 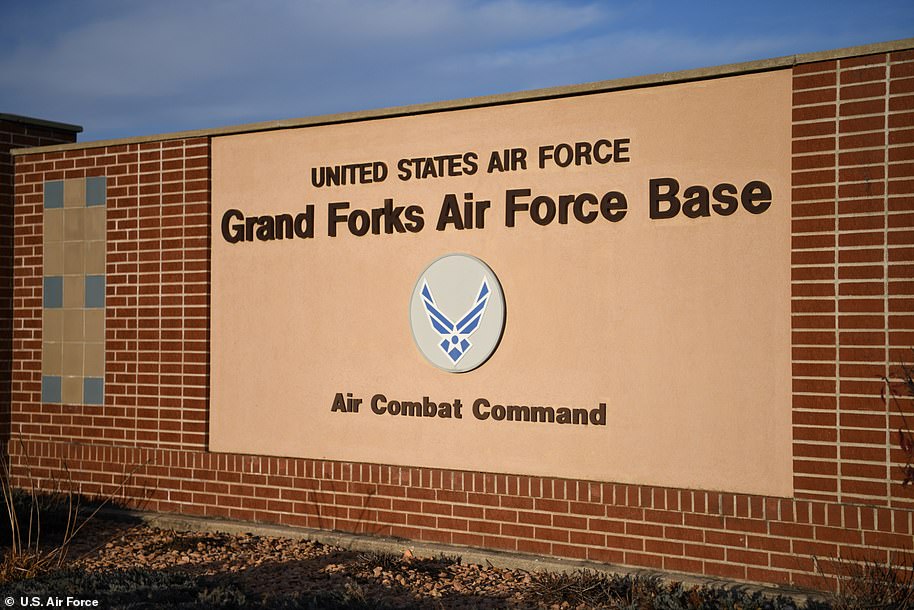 The land that the Fufeng Group has purchased is 20 minutes, approximately 26 miles, from Grand Forks Air Force Base 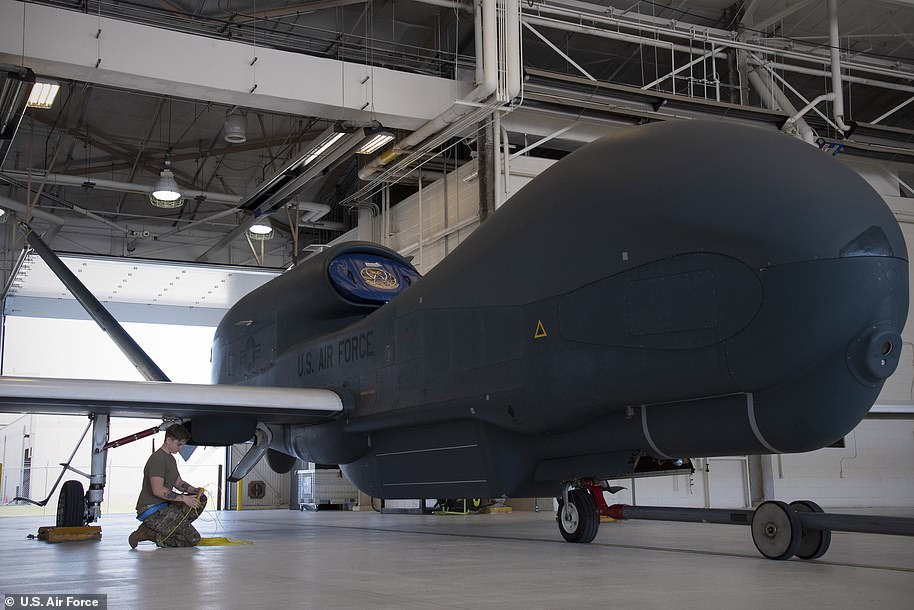 A representative of the US subsidiary of the Fufeng Group said the fear of espionage couldn’t be further from the truth.

“I can’t imagine anyone we hire would ever do that,” Eric Chutorash, Fufeng USA’s chief operating officer, told CNBC. He said he knew the company would “absolutely” not spy on US military interests.

“We’re subject to US law, I’m a US citizen, I grew up here all my life and I’m not going to engage in any espionage activities or be associated with a company that does, and I know my team feels exactly the same,” said he.

Despite Fufeng’s assurances, Fox was not the only government official to raise suspicions, and the US government’s US-China Economic and Security Review Commission expressed concern in a May report.

“The location of the land close to the base is particularly useful for monitoring air traffic flows in and out of the base, among other security-related issues,” the commission’s report said.

US lawmakers from both sides of the aisle have also expressed concerns, with Republican Senator Kevin Cramer of North Dakota and Democratic Senator Mark Warner of Virginia both speaking out against Chinese interests’ proximity to the air base.

“I think we are grossly underestimating how effective they are at gathering information, collecting data and using it in nefarious ways,” Senator Kramer said, “and so I would be just as quick to let the Chinese Communist Party do business in my backyard. ‘

Senator Warner characterized the move as part of ongoing concerns about Chinese security threats on US soil.

The Senate Intelligence Committee has sounded the alarm about the counterintelligence threat posed by the… [People’s Republic of China]Warner said, “we have serious concerns about Chinese investment in sites near sensitive sites, such as military bases in the US”

A 2019 report from the U.S. Department of Agriculture showed that China owned at least 192,000 acres of U.S. farmland worth more than $1.9 billion.

While countries like Canada own much more U.S. farmland, a 2018 USDA report showed that Chinese farms in the U.S. and other provinces had grown tenfold since 2009.

Lawmakers from liberal banner woman Elizabeth Warren to conservative stalwarts like former Vice President Mike Pence have spoken of the need to curb China’s ability to anchor itself in the US food supply.

Florida Sen. Marco Rubio characterized the North Dakota purchase of Fefung as more than a food supply breach, telling CNBC it was an example of a security threat that needed to be addressed.

“It is dangerous, foolish and short-sighted to allow the Chinese Communist Party and its accomplices to buy land near US military installations,” he said. 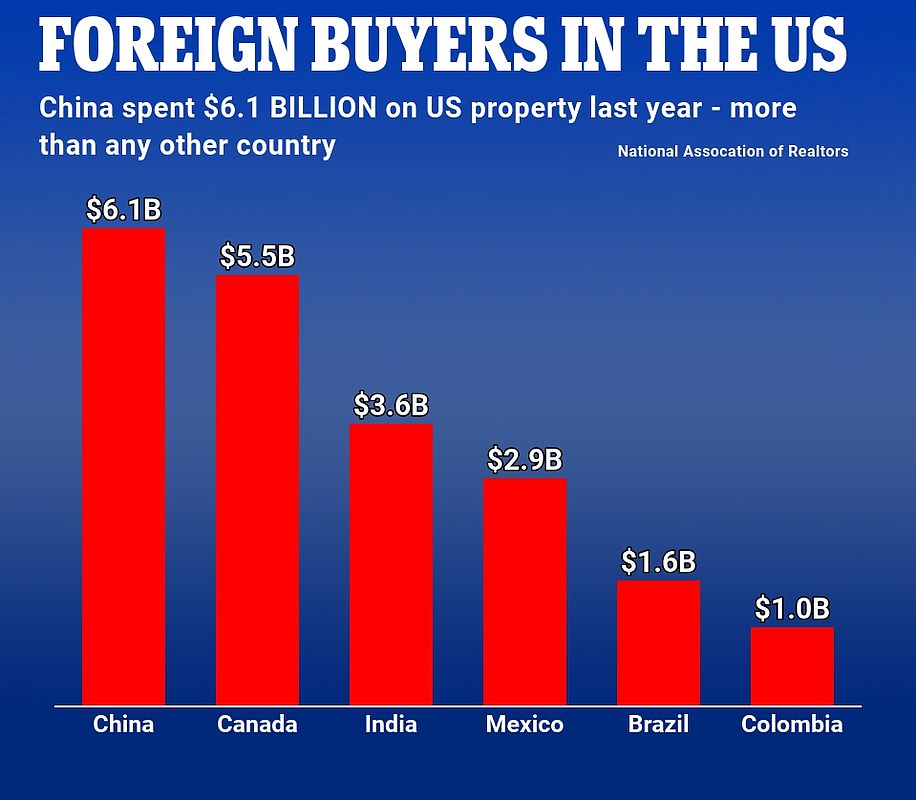 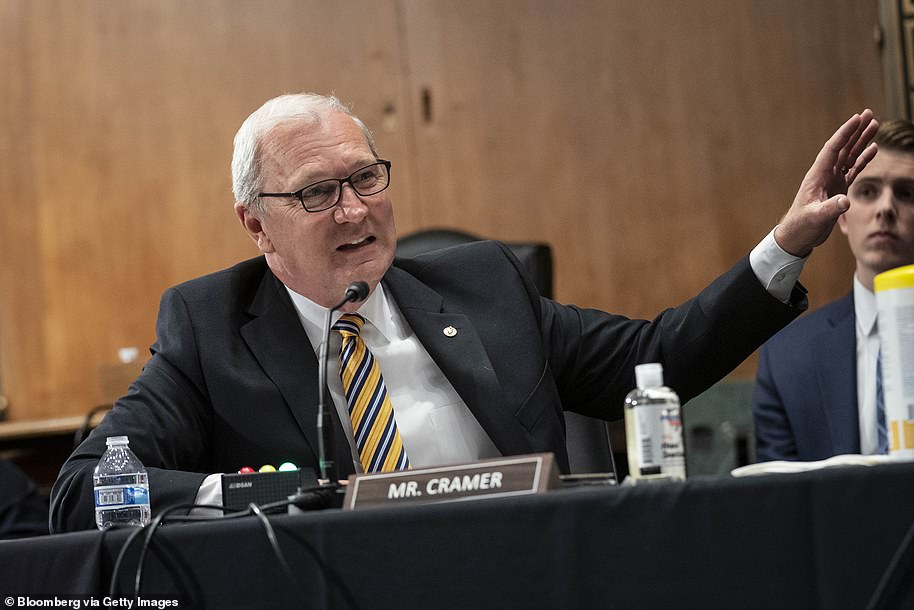 North Dakota Republican Senator Kevin Cramer (above), spoke out against the proximity of Chinese interests to the air base 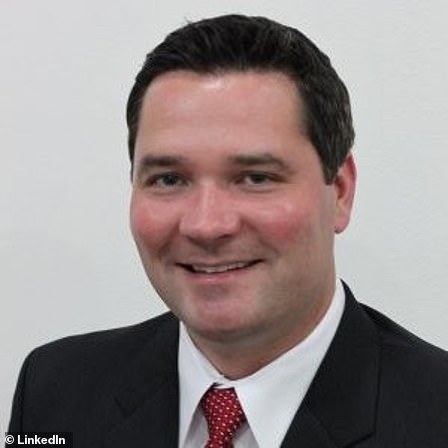 “I don’t think they should be able to. I think the problem is that these companies have ties to the CCP [Chinese Communist Party]and it’s not always obvious at first glance what a company does – but I think it’s a huge problem.”

The governor’s solution was to ban what he calls “improper influence by rogue states” such as China’s ruling party.

DeSantis added that more legislative action is likely to follow:

“We will probably also legislate on our pension investments next legislative session, with issues potentially related to the CCP. We don’t necessarily have a lot of it, but we want to make sure we cut ties so we don’t fund our biggest adversary.” 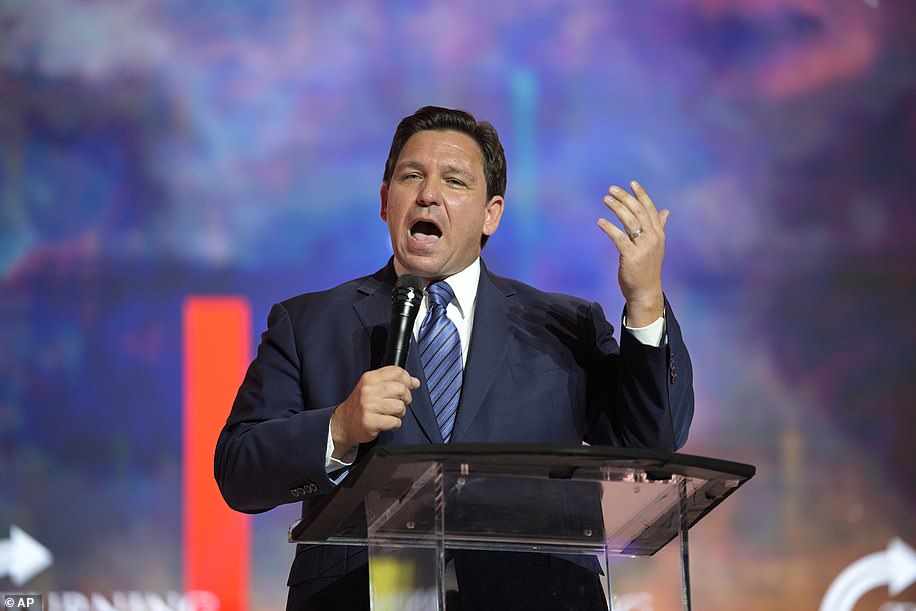 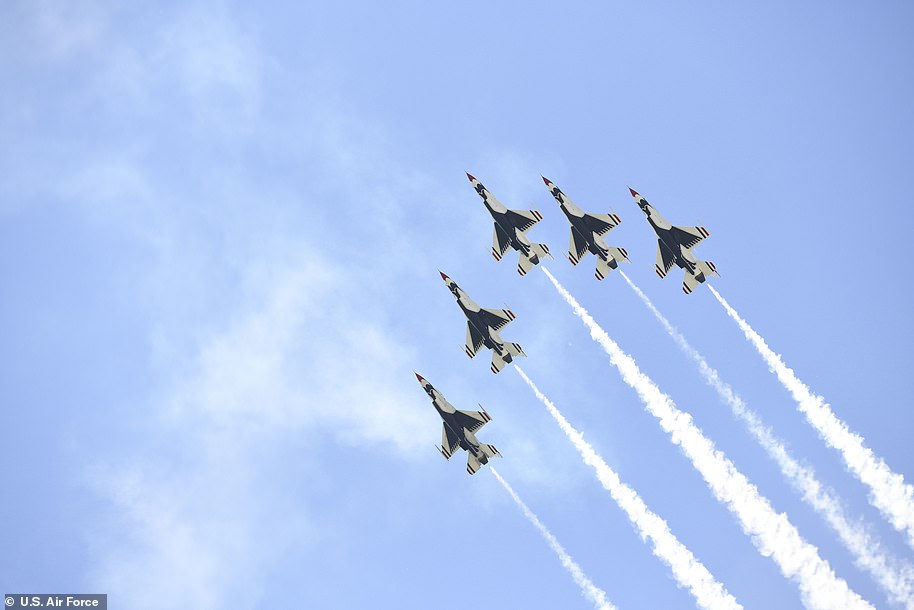 Grand Forks Air Force base has a space networking center characterized as “the backbone of all U.S. military communications around the world”

Whatever the potential geopolitical implications of purchasing land in Fufeng, Mayor Brandon Bochenski said he wants to bring more trade to the small town of Grand Fork.

“I mean, we’re a community of about 60,000 people,” he told CNBC, “You know, we don’t have the budget to have an intelligence-gathering device here. We do our best and rely on our partners.’

He said he is supporting Fufeng with the construction of his factory, which will start next spring and will cost $700 million and create about 200 jobs for the city.

Concern mounts as China sinks its teeth into US farmland

Alcohol may be advertised at next month’s World Cup

Iranian officials ‘SNATCH body of girl, 16, from her family’ after she…

Don’t slip! Daredevil walks past the TOP of…

Naomi Watts was told her career would end at…