CHRISTOPHER STEVENS: How a true crime podcast brought a killer to book… 40 years on 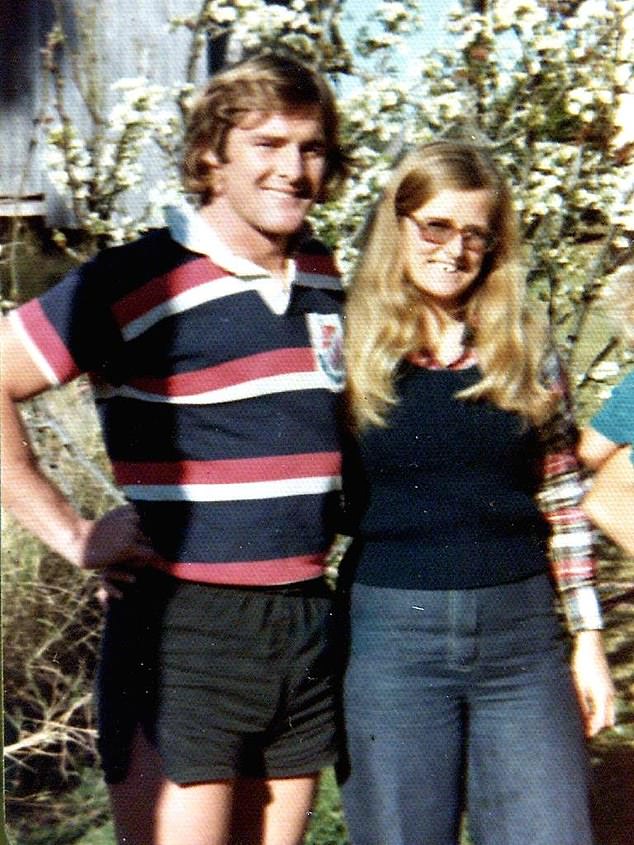 Everything about the disappearance of 33-year-old mother-of-two Lynette Dawson in 1982 pointed to one inescapable conclusion — that she was killed by her controlling husband.

The fact she was never seen again by her grieving mother and children, the discovery of her slashed clothing buried in the back garden, her husband’s improbable claims that she must have run away to join a religious cult: it all screamed ‘Murder!’

Yet for 40 years, police in the Dawsons’ exclusive suburb of Sydney, on Australia’s beautiful east coast, refused to accept the obvious. His family and friends rejected all accusations as idle gossip.

That changed this week, as a supreme court justice in New South Wales delivered a guilty verdict in a statement that lasted five hours.

The complexity of the judgment reflected the sheer mass of evidence, in a case so convoluted that it inspired a 20-hour podcast, The Teacher’s Pet — a true-crime hit around the world, which has been downloaded more than 60 million times.

Here, we unravel the twisted lies and chilling clues . . . and ask why this murder went unsolved for so long.

How did it all start?

Young father Chris Dawson had everything he wanted. Blond and muscular, the ex-professional rugby league star and popular teacher lived in a glorious family home with a doting wife and two young daughters.

But Dawson was obsessed with a 16-year-old former pupil, Joanne Curtis. He had groomed the insecure teenager, from an abusive background, and moved her into his home — telling his trusting wife that Joanne was to be a live-in babysitter.

That was 1981. When Lynette, urged by her friends and family, finally started to question her husband’s behaviour, she disappeared. After a cursory investigation, the authorities concluded that the young mother had vanished of her own accord, and refused pleas for the file to be re-examined.

Many people suspected that the last thing Sydney’s police and politicians wished to see was a probe into a case with strong implications of rampant sex abuse in the city’s high schools: that was a can of worms no one wanted to open. 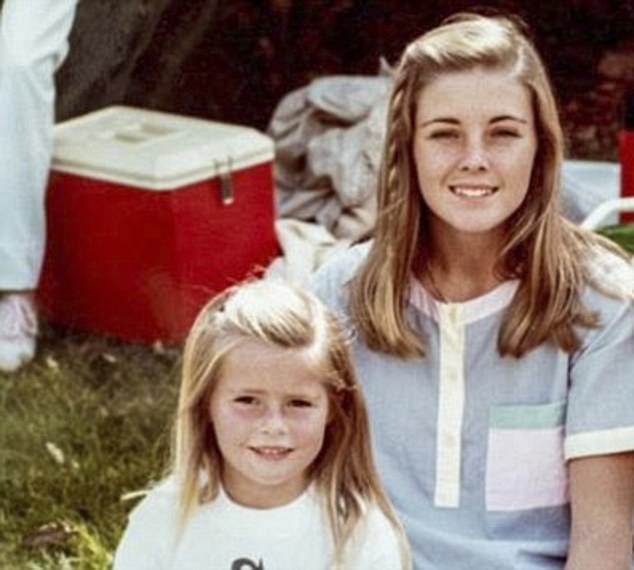 His lover Joanne Curtis is pictured above with one of his daughters. Dawson was obsessed with a 16-year-old former pupil, Joanne Curtis. He had groomed the insecure teenager, from an abusive background, and moved her into his home — telling his trusting wife that Joanne was to be a live-in babysitter

From rugby star to vain teacher

Born in 1948, Dawson played rugby for Sydney’s Newtown Jets in the 1970s. In this sports-mad city, that made him a hero and, when he became a physical education teacher at Cromer High School, staff and pupils alike treated him as a star.

Known for his explosive temper and vanity, he would bring in pictures of himself from his days as a model for pupils to admire. But the strangest thing about Chris Dawson was his relationship with his twin brother Paul. The two men were inseparable. Both played for the Jets and went on to be teachers, and neither seemed able to exist without the other at his side.

They bought neighbouring plots on a spit of land known as Sydney’s Northern Beaches — the so-called ‘insular peninsular’. There they built houses for their wives and daughters.

Lynette and Paul’s wife Marilyn seemed resigned to their husbands always being closer to each other than they were to anyone else. Outside the family, many others thought this odd . . . but the Dawson twins were protected by their celebrity sports status.

He and Lynette get married…

Lynette met Chris in 1965 when she was 16 years old and he was one year older. By 1970, they were married but, unlike twin brother Paul and his wife, they found it difficult to conceive children.

At length, Lynette had two daughters, Shanelle and Sherryn. They were her world: while her husband seemed increasingly distant, she devoted her life to the toddlers.

One babysitter reported that Dawson seemed physically threatening to Lynette, exploding over the smallest disagreements, including arguments about money. But the couple hid their tensions from the world, and Lynette’s mother Helena Simms in particular was convinced she had the perfect son-in-law — a family demi-god whose word could never be questioned.

…And then she disappears

When Dawson moved his teenage lover Joanne into the house, Lynette tried to welcome her.

She told her own mother the girl was vulnerable, and that Chris was being kind and protective by giving one of his pupils a roof over her head

Lynette refused to listen to friends who warned that Joanne was a threat to her marriage . . . even though the girl had a habit of swimming topless in the family’s pool.

It was not until December 1981 that Lynette faced the truth — when Dawson and his teenage lover walked out, apparently leaving to start a new life together. Within days, her husband was back, without Joanne. He admitted to the affair, but insisted it was over, and agreed to go to marriage counselling.

On the evening of January 8, 1982, Lynette phoned her mother Helena to announce that her marriage was past its rocky patch. She and Chris had seen a counsellor and after the session they had held hands.

The last thing she told her mother over the phone was that Chris had just brought her ‘a lovely drink’ that he’d made himself.

Next day, Lynette was supposed to meet her family at Northbridge Baths, where Dawson worked part-time as a lifeguard. She didn’t turn up.

At the pool, Dawson was called to the phone, and returned saying that he’d just spoken to Lynette, who had told him she was leaving town for a few days to ‘get her head together’.

Dawson’s first response was to drive 300 miles, to the caravan park where Joanne was staying, and bring her back to his house, Bayview. He claimed he needed her help with the children.

Within two days of Lynette’s disappearance, Joanne was sharing Dawson’s bed . . . and wearing her jewellery, including her rings. Over the next few weeks, Dawson claimed to have heard from his wife on a couple of occasions. He began suggesting that she had joined a religious cult and was never coming back.

Though her passport and clothes were untouched, he claimed she had used her bank card — a fact police accepted without proof, when they made superficial efforts to find Lynette.

Even when Dawson dumped all Lynette’s possessions at her mother’s house and filed for divorce, her family were reluctant to believe ill of the golden-haired teacher. It was only when he married Joanne and sold Bayview to move north that they began to form suspicions.

Evidence mounts but there’s no trial…

Joanne hated being dragooned into step-motherhood, when she was barely more than a child herself. She and Chris had another daughter, but she treated Shanelle and Sherryn with increasing dislike.

After six years, the couple divorced — and it was then that Joanne went to police with dramatic claims about Lynette.

Though she insisted she had no proof that the missing woman was dead, Joanne said she knew Dawson had considered hiring a hitman to have his wife killed. The teacher was questioned again, and gave a written statement to police about the days leading up to Lynette’s disappearance, which made no mention of his affair with an ex-pupil.

The case was buried once more until, following pleas from Lynette’s family, police agreed to dig for a body in the garden of the Dawsons’ old home.

A limited search discovered her favourite jumper, apparently slashed to pieces, but no other remains. Campaigners kept calling for an inquiry until a coroner agreed to examine the evidence.

Dawson did not attend the hearing but was represented by his older brother Peter, a lawyer.

Faced with overwhelming circumstantial evidence that this intensely caring mother, who had left no trace, must be dead, the coroner ruled in 2001 that Lynette had in all probability been murdered, and that her husband was the only suspect.

Two years later, a second coroner confirmed this finding. Yet incredibly, police refused to investigate further and the Director of Public Prosecutions ruled there were not sufficient grounds for prosecution.

…Until a reporter exposes scandal

This was the question that drove Hedley Thomas, an experienced reporter who had followed the story for years, to launch his own investigation with the backing of his newspaper, The Australian.

What he uncovered was mind-boggling and explains all too ominously why the authorities in Sydney were desperate to keep this case under wraps.

Numerous former pupils, boys as well as girls, from Cromer High came forward to say they were sexually abused by a ring of male and female teachers.

This systemic paedophilia extended to other schools and involved adults from far beyond the education system — in the police, in politics and in sports.

One man said teenage girls were treated as a ‘fringe benefit’ for teachers and that most pupils were well aware of what was going on, even if they were not involved.

Group sex was commonplace. What Chris Dawson was doing with Joanne was only the tip of a shocking scandal — and over the years many people had helped him to cover it up. 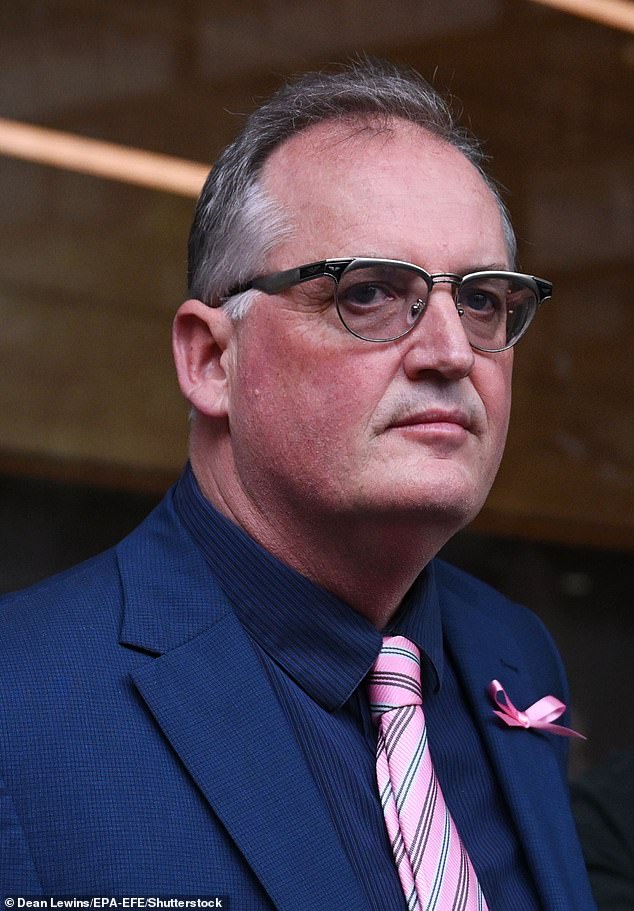 This was the question that drove Hedley Thomas, an experienced reporter who had followed the story for years, to launch his own investigation with the backing of his newspaper, The Australian. What he uncovered was mind-boggling and explains all too ominously why the authorities in Sydney were desperate to keep this case under wraps

Finally, an arrest — and the verdict

Lynette’s daughters were divided: Shanelle, the elder at 44, says she feels rage and anger that she will never know her mother — and, without accusing her father, has said she believes the investigation ‘doesn’t look good’ for him.

Sherryn, 42, refused to believe her father could be involved and called the podcast ‘a witch-hunt’.

Police excavated the garden at Bayview but found nothing. Despite this Dawson — now married for a third time — was arrested at his home in Queensland in December 2018 and charged with his wife’s murder. He was, detectives said, ‘a little taken aback’.

After four-and-a-half years of legal wrangling, and with no hope that Lynette’s remains would ever be found, Justice Ian Harrison ruled on Tuesday that the weight of circumstantial evidence left ‘no doubt’ that Dawson, 74, had killed Lynette.

For her part, Joanne, now in her late 50s, gave evidence against Dawson, claiming she was treated like a sex slave and had later feared for her life.

The judge described Dawson’s lies as ‘absurd’ and ‘fanciful’. Calling his relationship with Joanne ‘a possessive infatuation’, he said: ‘I am satisfied that the prospect that he would lose Joanne so distressed, frustrated and ultimately overwhelmed him that, tortured by her absence up north, Mr Dawson resolved to kill his wife.’

He dismissed claims that Lynette chose to leave and never make contact again as ‘frail speculation’. It defied ‘common sense’ that she would remain in contact with her unfaithful husband but not with her adored daughters.

Reporters described the murderer as ‘ashen and dazed’ after the verdict, and said members of Lynette’s family were in tears in court.

Chris Dawson has already declared his intention to appeal. Meanwhile, Hollywood stars Joel Edgerton and Eric Bana are each thought to be planning film versions of the story.

To listen to The Teacher’s Pet, visit theaustralian.com.au and download The Australian app, or find it on Spotify, Apple or Google Podcasts.