CNN’s Jake Tapper suggested on his show ‘The Lead’ Friday that it would be ‘clever’ for President Biden to invite his predecessor Donald Trump to Queen Elizabeth II’s funeral – as many wonder if the once-woke network is ‘pulling to the political right.’

The statement from the network’s chief DC correspondent came less than a day after Biden revealed he would be attending the queen’s funeral.

Buckingham Palace announced her passing at 96 years of age on Thursday.

Tapper made the remarks as part of a roundtable discussion on Biden’s precarious position on whether to bring Trump to the somber ceremony, scheduled for September 19.

While it’s not unusual for ex-presidents to attend the same event, Biden and Trump have been engaged in a bitter feud since the current president’s electoral triumph over his Republican rival. Both men have accused the other of being a threat to the Constitution.

The news network has been focused on purging itself of its woke reputation since Chris Licht, the new CEO, took the reigns in February and pledged to make CNN reliable again by halting the slander of Republicans.

CNN is currently doing a panel discussion about if Biden should invite Trump to the Queen’s funeral. Jake Tapper says it would be “clever” for Biden to do it. pic.twitter.com/PB6vQK9FpL

Speaking to his fellow panelists Friday on The Lead with Jake Tapper, the progressive talking head – who famously said he and his colleagues ‘survived’ the 2020 presidential election following Biden’s win in a since deleted tweet – bizarrely labeled the ongoing situation between the two heads of state as ‘fascinating.’

‘I mean, the U.K. has made it very clear, that’s up to the president. He’s invited. He can bring whatever delegation,’ Tapper said, noting that the U.K. has essentially left it up to Biden to decide who to include in the delegation to the royal service.

He went on to posit that invites to former presidents Barack Obama, George W. Bush and Jimmy Carter are already ‘no-brainers.’ However, when it came to Trump, he posed a seemingly optimistic query to his fellow panelists.

‘So obviously, Obama, you know, Carter, Bush, no-brainers,’ Tapper, 53, said, before adding, ‘What about Trump? Will he invite Trump?’

Jeff Zeleny, CNN’s national affairs correspondent, was the first – and only – to respond to Tapper’s query.

He observed that presidents inviting predecessors to other leaders’ funerals was not out of the ordinary – with Obama inviting Bush, Clinton, and Carter to the funeral of South African President Nelson Mandela in 2013.

‘So there is protocol for having U.S. presidents invite other presidents,’ Zeleny said. ‘Who knows? Maybe in the spirit of forgiving and giving, President Biden will invite Donald Trump on the Air Force One. I doubt that’ll happen. But I do expect some type of a bipartisan delegation.’ 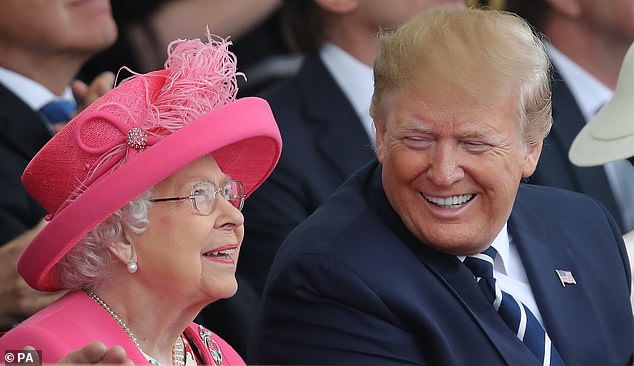 The statement concerning Trump’s potential presence at Queen Elizabeth II’s funeral came less than a day Biden announced he would be attending the queen’s funeral after Buckingham Palace announced her passing Thursday. Here the pair are pictured in Portsmouth in 2019

Tapper went on to offer his somewhat surprising input on the situation.

‘I think that the clever move is to invite him and see if he goes,’ Tapper said. ‘I don’t think former President Trump would want to be subordinate on Air Force One, and I think probably he prefers his own plane anyway.’

All four living former presidents released statements of condolences within hours of the announcement of the Queen’s passing.

‘What a grand and beautiful lady she was,’ the embattled ex president’s statement read, ‘there was nobody like her!’

Former President Obama issued a lengthy remembrance just hours after her death was made public.

‘Michelle and I were lucky enough to come to know Her Majesty, and she meant a great deal to us,’ the former head of state wrote.

He went on to highlight his own personal experience with Elizabeth during a 2009 visit to England, during which he said he was graced with her ‘extraordinary generosity.’

‘Back when we were just beginning to navigate life as President and First Lady, she welcomed us to the world stage with open arms and extraordinary generosity,’ Obama said. 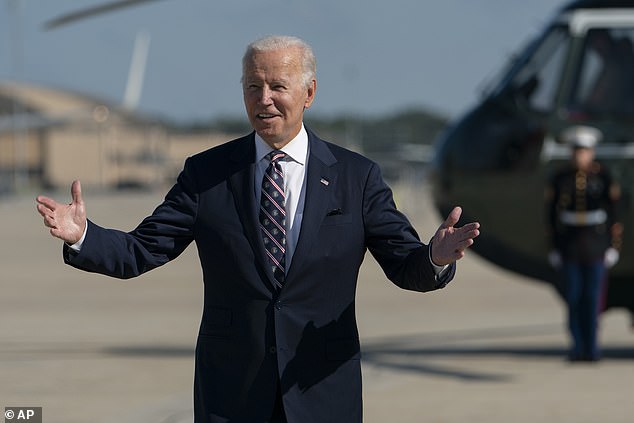 While it’s not unusual for ex-presidents to attend the same event, both Biden and Trump have been engaged in a bitter feud since the current president’s electoral triumph over his Republican rival, with each accusing the other of being a threat to the Constitution

‘Time and again, we were struck by her warmth, the way she put people at ease, and how she brought her considerable humor and charm to moments of great pomp and circumstance.’

Obama hailed the UK’s longest-reigning monarch for her ‘dedicated leadership,’ saying he and his wife ‘are awed by her legacy of tireless, dignified public service.’

Former President George W. Bush, meanwhile, recalled how he and his wife spent time at Buckingham Palace in the 2000s, writing in a statement that ‘having tea with Her Majesty — and her Corgis — is among our fondest memories of the presidency.’

‘Our world benefitted from her steady resolve, and we are grateful for her decades of service as sovereign,’ he said. 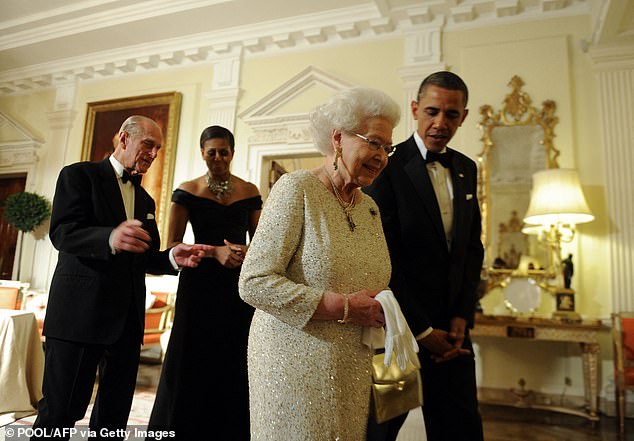 Former President Bill Clinton wrote that he and his wife, ex secretary of State Hillary Clinton, were among the millions of people ‘all around the world’ who were ‘giving thanks for [Elizabeth’s] life.’

Calling the queen a ‘source of stability, serenity and strength,’ Clinton added that he was thankful ‘for the kindness she showed us through the years, particularly during our visits to Buckingham Palace in 1995 and 2000.’

Also mourning was ninety-seven-year-old ex President Jimmy Carter, who was born two years before Elizabeth. He wrote that he and wife Rosalynn extended their condolences to the royal family as well as the people of the UK.

‘Her dignity, graciousness, and sense of duty have been an inspiration,’ Carter said of Elizabeth in a statement, ‘and we join the millions around the world in mourning a remarkable leader.’

Meanwhile, as CNN continues to undergo an anti-woke makeover, some speculate the news network might be ‘pulling to the political right’ and becoming more critical of Joe Biden as staffers try to save their jobs.

News anchor Brianna Keilar slammed the White House after they used US Marines and a red backdrop for Biden’s speech against former President Donald Trump and the GOP on September 1. 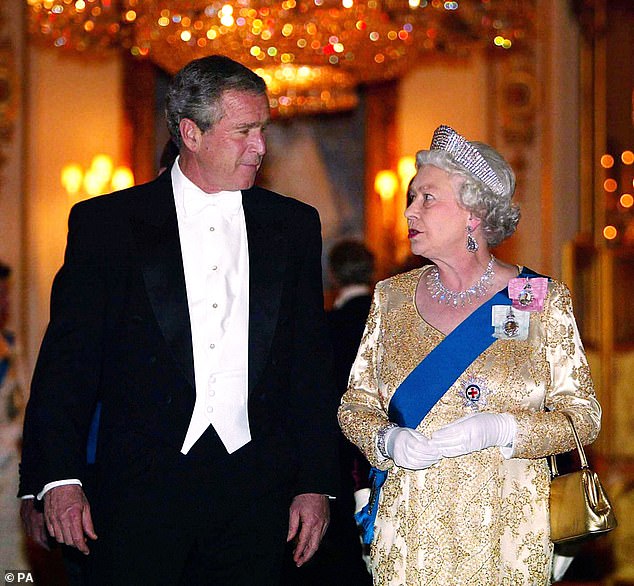 Former President George W. Bush, meanwhile, recalled how he and his wife spent time at Buckingham Palace in the 2000s, writing in a statement that ‘having tea with Her Majesty — and her Corgis — is among our fondest memories of the presidency’ 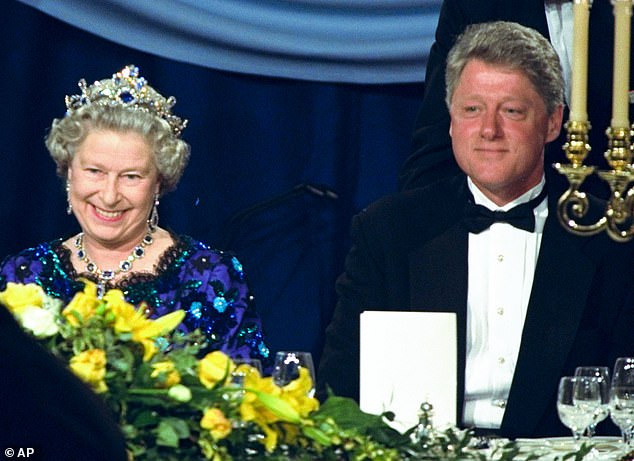 Former President Bill Clinton wrote that he and his wife, ex secretary of State Hillary Clinton, were among the millions of people ‘all around the world’ who were ‘giving thanks for [Elizabeth’s] life.’

‘Whatever you think of this speech the military is supposed to be apolitical,’ Keiler wrote on Twitter. ‘Positioning Marines in uniform behind President Biden for a political speech flies in the face of that. It’s wrong when Democrats do it. It’s wrong when Republicans do it.’

Keiler has previously criticized Trump, and her comments about Biden apparently ‘angered’ White House staff, according to The Hill.

Some speculate Keiler’s comment about Biden is in response to CNN recently letting go of White House correspondent John Harwood, who was an outspoken critic of Trump and called him ‘mentally unwell.’

The news network has been focused on purging itself of the reputation of being a woke media source since Chris Licht, the new CEO, has pledged to make CNN reliable to the public again by halting the slander of Republicans. 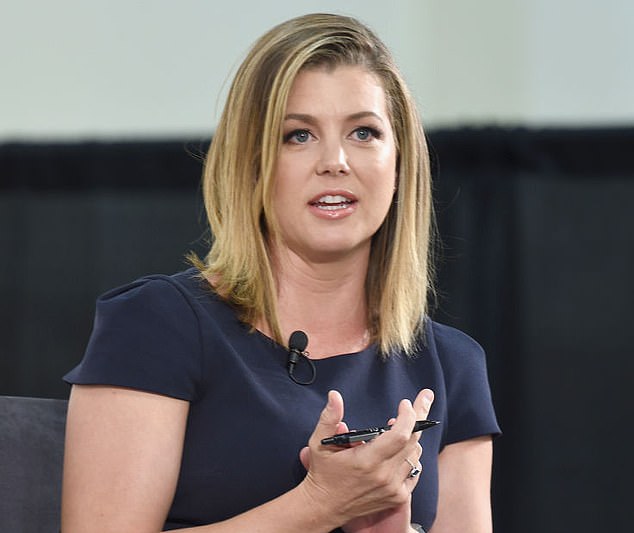 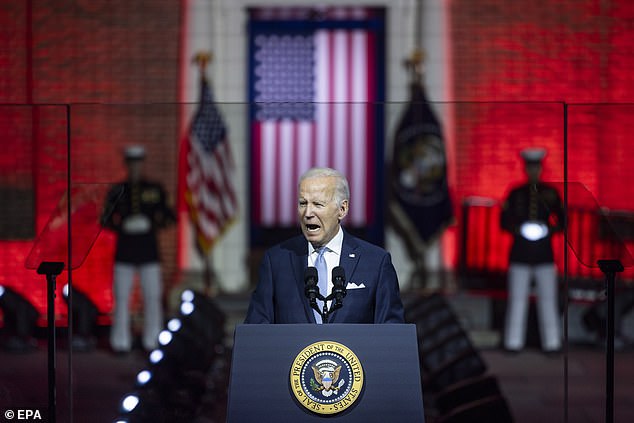 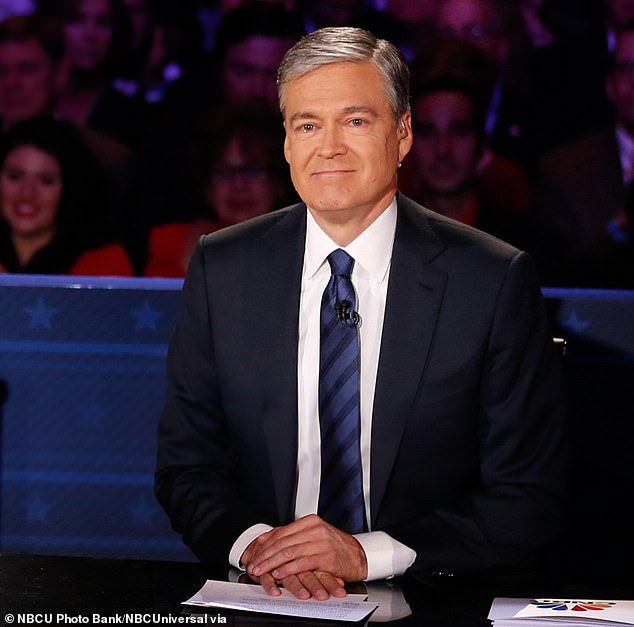 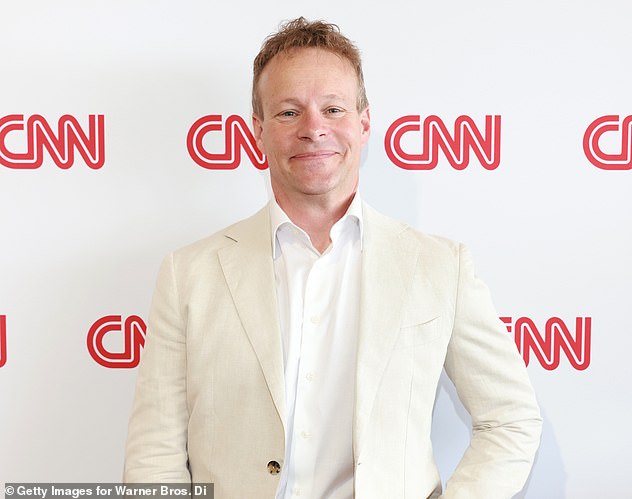 ‘There will be more changes, and you might not understand it or like it,’ CNN head Chris Licht (pictured) told staffers following the removal of Brian Stelter

Former chief media correspondent Brian Stelter was also fired from CNN in August upon the removal of his show ‘Reliable Sources.’ He had three more years left in his contract.

Stelter’s removal was a result of Licht’s vow to clean up the network and move away from opinion broadcasting.

‘I want to acknowledge that this is a time of significant change, and I know that many of you are unsettled,’ Licht told his staff, according to a report by The Hollywood Reporter.

Some staff members expressed their concerns about Stelter’s departure from the company as an indicator for the removal of other anchors.

‘I think people are legitimately sad that Brian is leaving,’ someone familiar with the situation told Hollywood Reporter.

‘He was a big presence at the network, but (we) understand that Chris has to put his stamp on the network.’

Despite large profile journalists leaving CNN, the news network denies they are shifting to the right, but suggested they are focusing on objective journalism.

‘CNN is not shifting from left to right or pursuing a centrist position,’ a CNN spokesperson told The Hill. ‘We are entirely focused on our core strength and mission – objective journalism presented in a fair and compelling way.

‘We will continue to acknowledge different worldviews and experiences. We will always stand up for democracy and call out lies – regardless of their origin. That is not centrism, that is journalism.’

Royal biographer CRAIG BROWN on two sisters, one known as her father’s pride, the other his joy