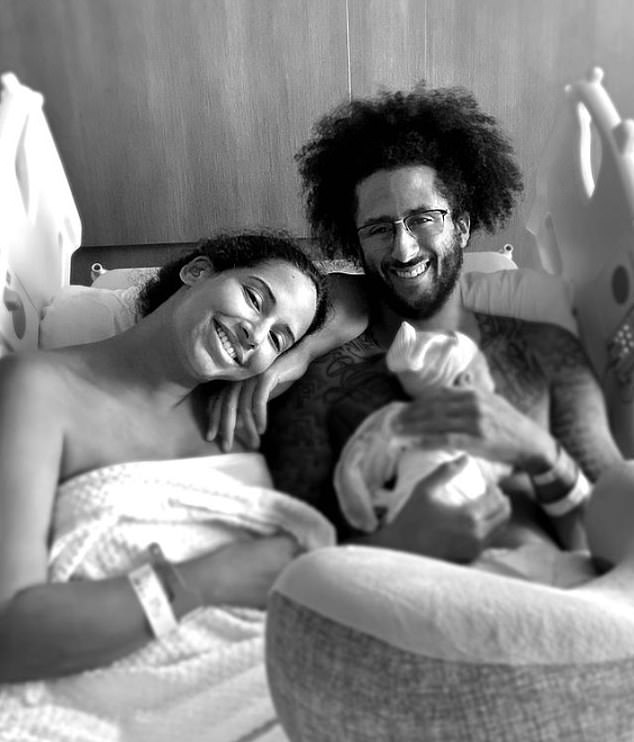 We’re Overjoyed!: Colin Kaepernick and partner Nessa Diab welcome a newborn as the former NFL quarterback becomes a father for the first time

Colin Kaepernick recently became a father for the first time, as evidenced by a recent Instagram post.

The former NFL quarterback’s partner, radio and television personality Nessa Diab, posted a black-and-white photo to Instagram of herself, Kaepernick, and the newborn.

According to the post, the birth happened a few weeks ago, just before Diab went to work at Sunday night’s MTV Video Music Awards in New Jersey.

The post did not state the name, gender or gender for the child. 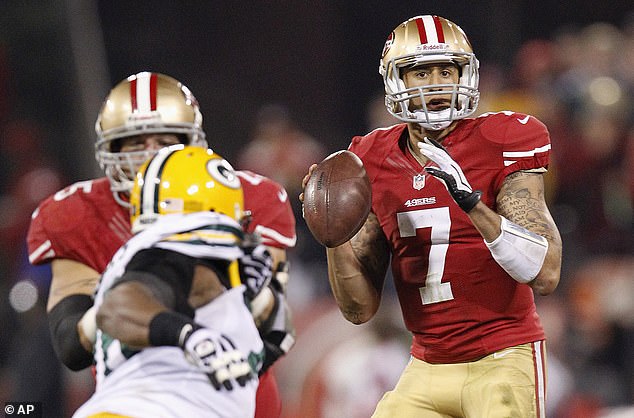 Kaepernick hasn’t played in the NFL since 2016, despite leading the 49ers to a Super Bowl

“I’ve thought long and hard about sharing our life-changing news today. I decided to do this because today is the first day in a few weeks that I went to work with a new life title – MOM!

“Colin and I welcomed our amazing baby into the world a few weeks ago and we are over the moon with our growing family.

“Recovering postpartum has been a journey (more on that later) and honestly I wasn’t about to share anything because this is so personal to us and I realized I’m a complete mama bear! Colin is the most amazing father and I am soooo grateful to have him by our side for every moment of this journey.

“I know that by sharing this, I can connect with you in different ways that I could never have imagined. My conversations and life experiences have already changed. And my world just got so much bigger thanks to our sweet little baby who showed me how to love in ways I’ve never known.

Thank you all for your support as always. Love, the Kaepernicks’

Kaepernick, the former San Francisco 49ers quarterback, has been out of the league since 2017 for his political activism and statements against police brutality and highlighting issues African Americans face.

He filed a complaint against the NFL, accusing the league of colluding against him. The league agreed to a confidential settlement in 2019.

Since becoming a free agent in the off-season of 2017, Kaepernick has not signed to any team in the NFL, despite his above-average overall quarterback rating. 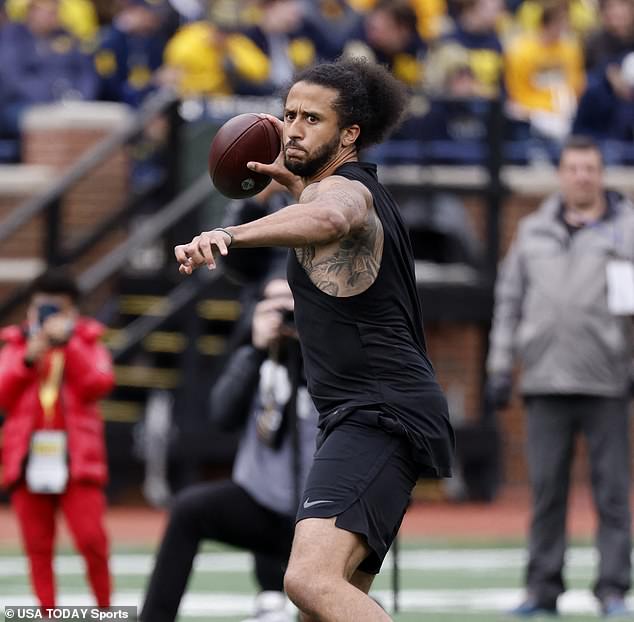 The last time Kaepernick showed his passing skills was when he was named an honorary captain at the University of Michigan spring game.