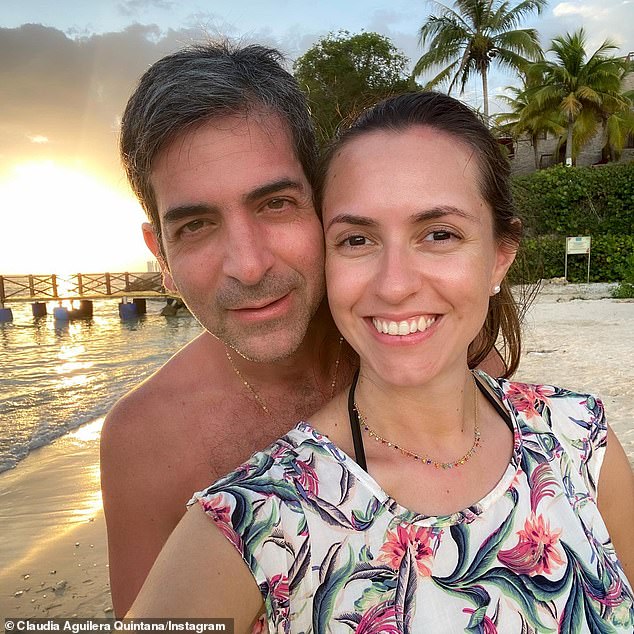 Colombian police arrest five people who paid $120,000 to execute Paraguayan prosecutor on a beach while honeymooning with his pregnant wife

Five people were arrested in Colombia on Friday for their alleged role in the murder of a Paraguayan prosecutor, who was shot dead in front of his wife last month while celebrating their honeymoon on a Colombian beach.

Marcelo Pecci, 45, was executed on May 10 on Isla Barú outside the Caribbean coastal city of Cartagena.

The gang members were reportedly paid $120,000 to carry out the attack, Colombian newspaper El Tiempo reported.

Attorney General Francisco Barbosa said in a video statement that the suspects were arrested in Medellín as part of an operation involving Colombian and Paraguayan law enforcement agencies.

Paraguayan prosecutor Marcelo Pecci (left) married journalist Claudia Aguilera (right) in April and the couple traveled to Colombia for their post-wedding celebration in May. Pecci was shot and killed on May 10 on a private beach near their hotel. On Friday, authorities arrested five people involved in the execution. 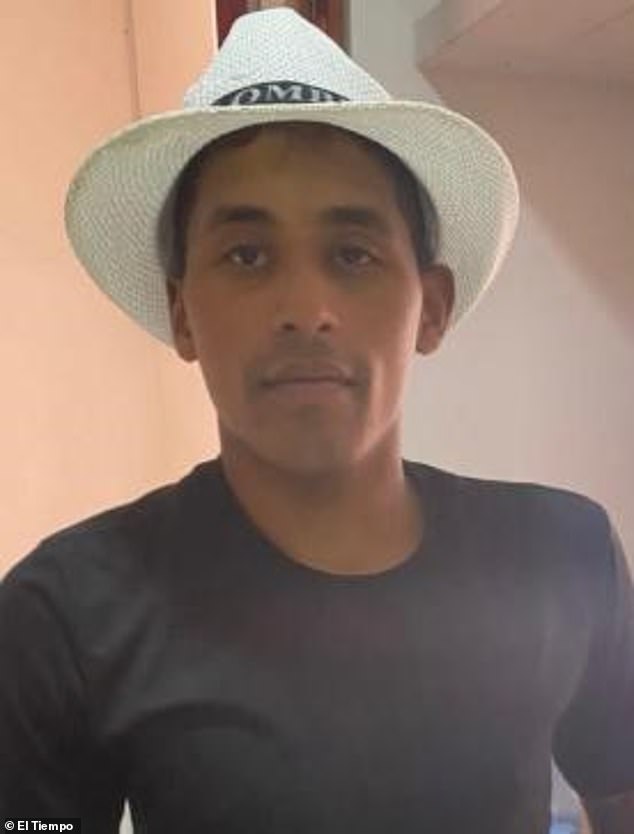 A Venezuelan man is one of five people taken into custody Friday in Medellín, Colombia for their role in the May 10 murder of Paraguayan prosecutor Marcelo Pecci. He allegedly rented a jet ski that was used to approach Pecci on a private beach before shooting him

Among those detained is a Venezuelan national, who was seen on camera returning the jet ski used to carry out the murder just before shooting Pecci, Colombian newspaper El Tiempo reported.

“We have imprisoned everyone involved, including the author of the murder of Prosecutor Marcelo Pecci,” Duque, who is visiting the United States, said in a video message.

“This is an intelligence operation, painstaking work that has enabled us to reach this criminal structure.” 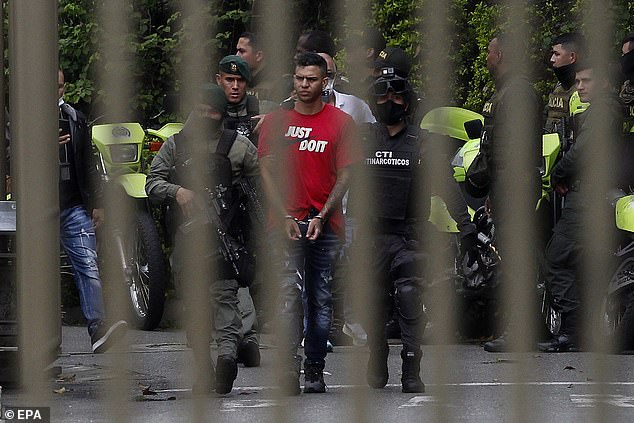 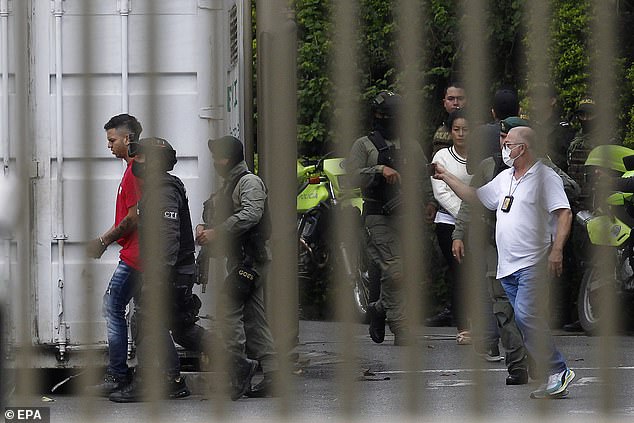 Suspects involved in the murder of Paraguayan prosecutor Marcelo Pecci are being escorted by authorities in Medellin after their arrest on Friday.

Pecci and his wife, Claudia Aguilera, had revealed on Instagram that they were expecting their first child just before the couple were approached by two men on the private beach at the Decameron Hotel.

They were married on April 10 in Asunción, Paraguay.

Aguilera, a journalist in Paraguay, told authorities that one of the men shot Pecci once in the face and once in the back. 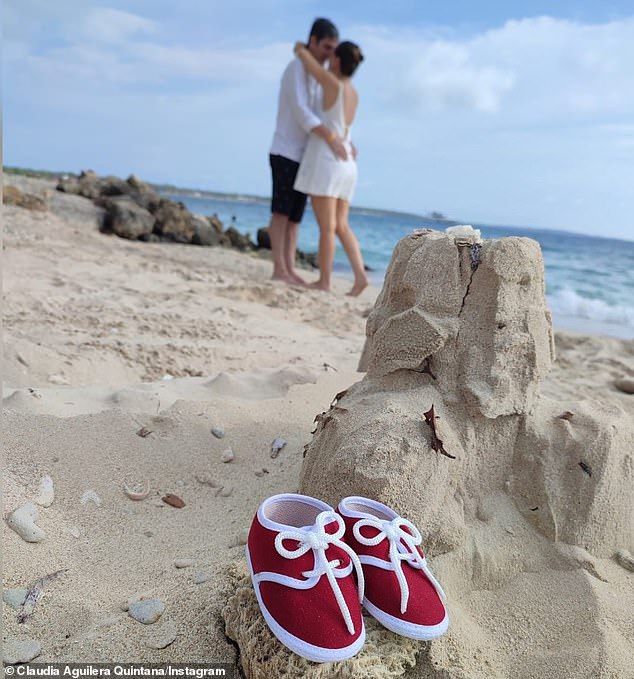 Just hours before the murder, the couple had revealed that they were expecting their first child and posted to Instagram a photo of them hugging on a beach in Isla Barú with a pair of baby sneakers in the sand. 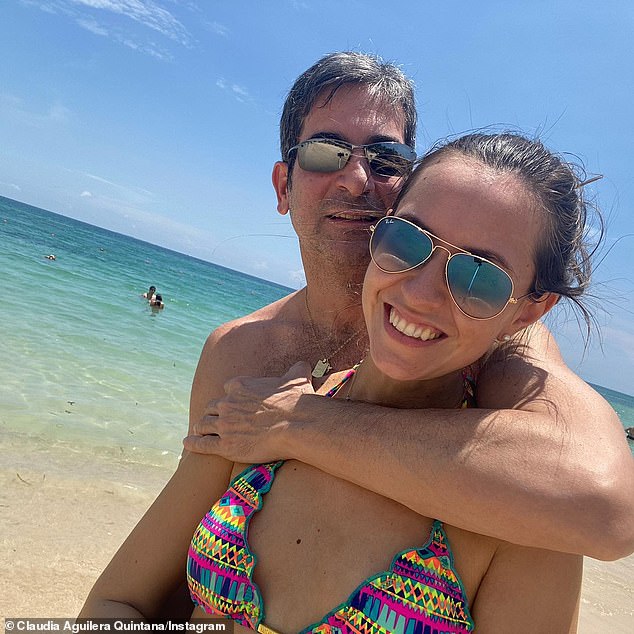 El Tiempo learned that four of the suspects, including a woman, were traveling from Medellín to carry out the murder of Pecci, who was known for prosecuting organized crime cases.

One of the men and women paid $715 for a two-night stay at the hotel where Pecci and Aguilera were spending their honeymoon.

They gave information about the couple’s movements to a male suspect who rented an apartment nearby and passed the information on to the gunman and his accomplice.

Authorities are still investigating whether the mastermind behind Pecci’s murder is related to the Colombia-based Gulf Clan cartel and a criminal organization in Paraguay with which it is associated.

ROBERT HARDMAN: What must the Queen have loved about that cheeky horse racing gag?