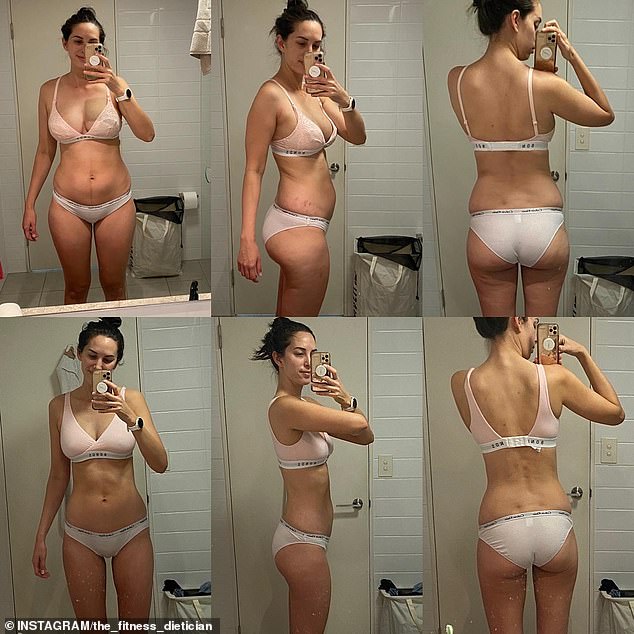 A top Australian dietitian has revealed how she lost more than 13 pounds in seven months after having a baby.

Leanne Ward, from Brisbane, gave birth to her daughter Mia eight months ago and said she has “worked unbelievably hard” to get her pre-baby body back.

The mother-of-one said she lost an average of 1.94 pounds per month by following a fat-loss diet and staying consistent with her healthy routine.

“The most important thing I’ve learned is that it’s hard to make healthy choices and get regular exercise with little sleep, full-time work, a baby, running two businesses, trying to build a social life and build a new home.” wrote Leanne in a after to Instagram.

“Sure, genetics can play a role here, but I’ve also worked incredibly hard over the past seven months and lost a total of 13.6kg from my weight from a week postpartum.”

The nutrition coach and podcast host shared photos of herself a month after giving birth compared to now, eight months later, when she’s back to her pre-pregnancy weight. 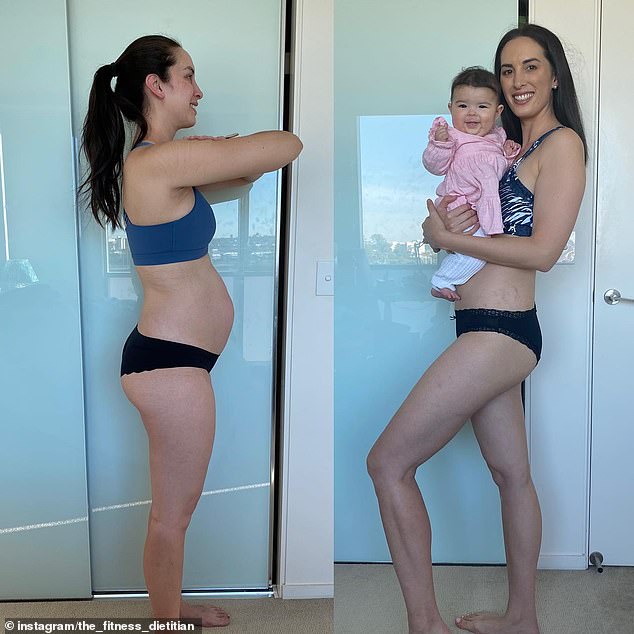 Leanne six months into and six months out of her pregnancy. She Said She’s ‘Worked Incredibly Hard’ To Get Her Pre-Baby Body Back

Leanne admitted that while her weight is the same as before she got pregnant, her body is different with less muscle and higher fat mass, but said she is “super proud and happy” with her efforts over the busy year.

“I follow my own LEAN Gut Mind Method coaching plan that I devise for my clients and remind myself that slow and steady wins the race,” she said.

‘Above all, I’ve been CONSISTENT. I haven’t been perfect at all, just damn consistent every week.”

She added that her monthly loss of 1.94 kg sounds like slow progress, but it is “realistically achievable and most importantly sustainable.” 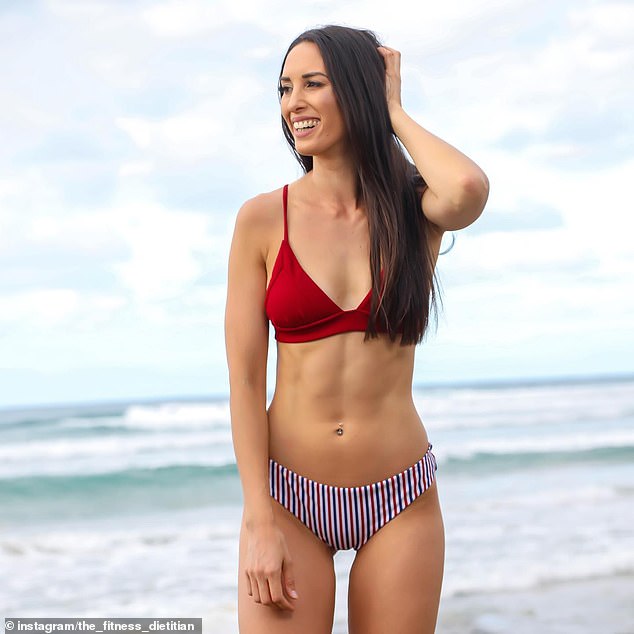 Leanne admitted that while her weight is the same as before she got pregnant, her body has less muscle and higher fat mass, but she is “super proud and happy” with her efforts

“I focused on fat loss for the first six months and this was a good focus when I didn’t have the time or energy to hit the gym,” the new mom wrote.

“But I have to say it felt so good to be back in the gym for the past eight weeks.”

Hundreds of fans of the podcaster were impressed by her impressive and “inspiring” results in the comments.

‘This is what I like to see! Pregnant first time mom here, and I know that postpartum will be another adventure for me. Thanks for sharing,” replied one mother-to-be.

‘Only in the beginning of my postpartum journey, but take it easy! Well done and thank you for being such an inspiration,” said another.

After years of lofty achievement, Leicester is gaining momentum