DOMINIC LAWSON: Why Rishi Sunak and Liz Truss Should Hit Back Against Labor’s Price Freeze Fetish 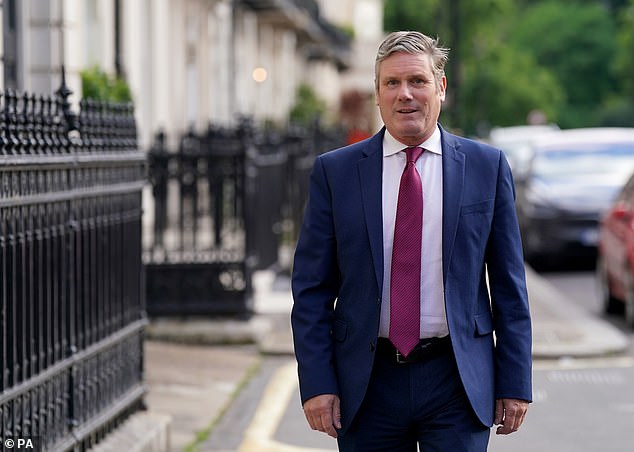 Apparently the problem of high energy prices is easy to solve. The government should just declare that they are not going up.

That is the proposal of Labor leader Keir Starmer (“not a cent more”) and it seems to be a popular one.

But the real cost of the gas — which is skyrocketing due to sanctions and shortages in the wake of Russia’s war on Ukraine — is what it is.

Labor’s mass-subsidy plan would thus entail costs for taxpayers, both personal and business, in the tens of billions of pounds.

According to the director of the Institute for Fiscal Studies, Paul Johnson, we would “look at the cost of leave.”

It was Starmer’s second predecessor, Ed Miliband, who came up with the idea of ​​’freezing’ energy prices as a Labor leader in 2013.

The then Prime Minister, David Cameron, accused him of “wanting to live in a Marxist universe.”

But in 2018, Cameron’s successor, Theresa May, introduced a form of energy price cap that “softens” price increases by lasting six months before they “catch up”.

Over time, nearly 30 energy suppliers went bankrupt after failing to pass on the increases in the wholesale price of gas — with the pieces being picked up by the government (i.e., you, the taxpayer).

In addition, the price freeze for a six-month ‘lag’ causes consumers to be misinformed about the state of the market.

So they won’t make the savings in household use of gas they should, adding to demand, which in turn drives up ‘real’ prices.

Then comes the reckoning when the limit is increased, with suppliers being reimbursed for the full cost.

For example, in October the UK public will be hit by a gas price more than three times what we paid for our heating a year earlier (the average household bill, on an annual basis, is expected to be around £3,500, compared to around £3. 1,000 last October).

Apparently the problem of high energy prices is easy to solve. The government should just declare that they are not going up. That’s Labor leader Keir Starmer’s proposal (“not a penny more”) and a popular one it seems to be

As poorer households spend proportionately more of their budgets on heating, it makes sense for the government to address this looming crisis primarily through the benefit system, supporting most of the people who need it most.

There is also a strong case, perhaps through the corporate pricing system, to help smaller retailers, especially in the restaurant trade, which would otherwise go out of business en masse.

They are hit by a dazzling increase not only in their (unlimited) gas bill, but also in the price of the food they buy: food production itself is energy-intensive, and Ukraine and Russia are the world’s largest exporters of grain and fertilizer. 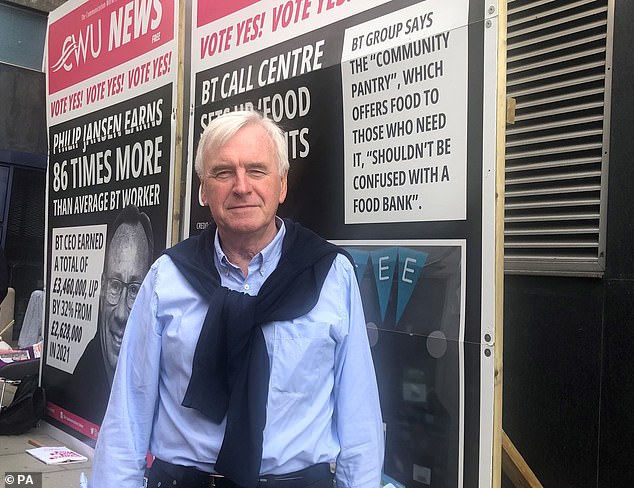 The ex-Shadow Chancellor, John McDonnell, argued last week that we should not only have more energy price controls, but we are moving towards price controls on the supermarkets that have turned a profit.

This is why basic food prices in our supermarkets have risen sharply: the latest official figures show that food prices in UK stores were 12.6 percent higher in July than a year ago.

In the EU as a whole, the increase was 12.8 percent (refuting the claim that Brexit has made our food price inflation worse than the EU’s).

Keir Starmer hasn’t said anything about this, but former members of Jeremy Corbyn’s shadow cabinet were eloquent.

The ex-Shadow Chancellor, John McDonnell, was on the BBC last week arguing that not only should we have more energy price controls, but we are moving towards price controls on the supermarkets that have made a profit.”

And Richard Burgon, secretary of the Socialist Campaign Group of Labor MPs, declared: ‘It is time for price caps for essential foodstuffs and a special tax on record supermarket profits.’

You might think this is Marxist nonsense, and McDonnell is only speaking on behalf of a minority of far-left ideologues nostalgic for Soviet economic policies when he claims that ‘we are moving towards price controls in supermarkets’ .

But if so, you (and I) seem to be the real minority. In February, when the polling station Opinium asked Britons to support ‘food price controls’, 70 percent of voters agreed and only 11 percent opposed (the rest did not express an opinion). 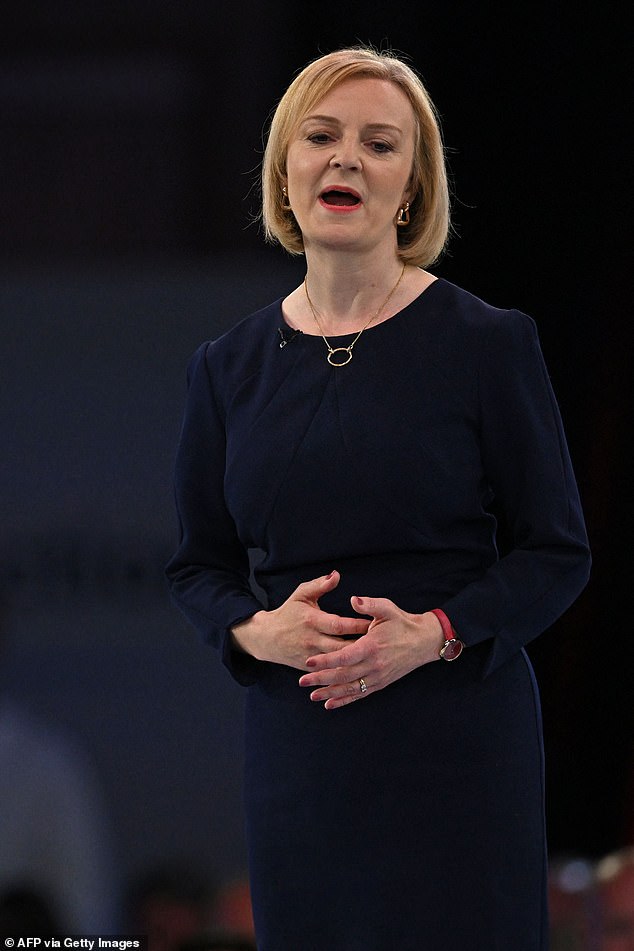 I found it disheartening when, in a televised debate last month, Liz Truss was unable to make clear that free markets are the best way to get lower food prices.

Even more remarkable, 65 percent of Conservative voters agreed with what is proposed only by Labour’s Corbynista faction.

And, even more disturbing, this poll was conducted before the war in Ukraine, when consumer price inflation was 5.4 percent, half the current rate.

To say the least, the British public needs to brush up on their history (not to mention the basic economy).

The first known exponent of McDonnell and Burgon’s policies was Emperor Diocletian in AD 301, when he set prices for more than 1,000 products, including essential foods.

As Matthew Lesh of the Economics Institute noted, this was “to fight the eternal villain, the greedy merchant. 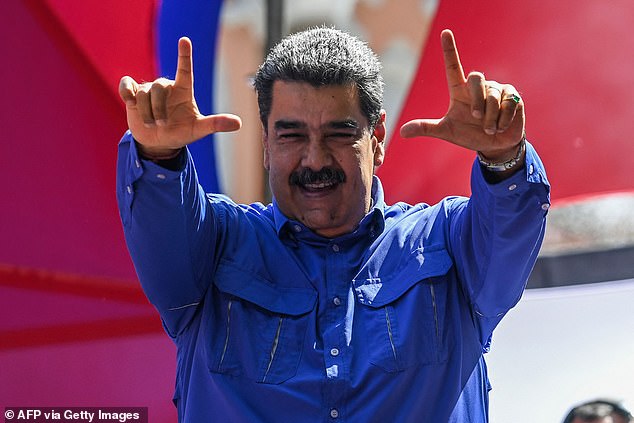 It didn’t reduce inflation, but it did lead to merchants taking goods off sale.

At least the ancient Romans had the excuse that economic theory hadn’t been invented yet.”

As Lesh also points out, Venezuela’s socialist government under Nicolas Maduro had no such excuse when it imposed price controls on food suppliers: “Again there were massive shortages. In 2016, 30 percent of Venezuelans ate only one meal a day.’

It will come as no surprise that Richard Burgon is a fan of President Maduro.

The truth is that the biggest friends of British bargain hunters are bargain hunting. . . the supermarkets.

It is a formidably efficient and competitive industry in the UK, which is why we spend a smaller proportion of our disposable income on food than any other major European country.

Since the arrival in this country of the German ‘low-budget’ supermarkets Aldi and Lidl, which have rapidly gained market share in recent months (they now have more than 16 percent of the total).

This is why Tesco, our largest supermarket chain, has been even more combative than usual in negotiations with the giant food producers: last month, Tesco won a battle against Heinz when it refused to stock the American giant’s best-known products on-site. to keep. that Heinz was too greedy for prices.

Heinz withdrew, much to the benefit of British buyers of his tomato ketchup and baked beans.

I found it disheartening when, in one of their televised debates last month, neither Liz Truss nor Rishi Sunak were able to make it clear that free markets are the best way to get lower food prices.

An audience member, Gemma Keogh, complained to them about the rising cost of meat in supermarkets, asking, “Should I and my family become vegetarians?”

This was an open goal for Truss to proclaim the benefits of the free trade agreements with Australia and New Zealand that she signed as Secretary of State for International Trade.

But Truss didn’t mention that at all, instead telling the public she would “turbocharge what British farmers produce” – knowing full well that our grazing farms are relatively expensive and already heavily subsidized by the taxpayer.

Meanwhile, Rishi Sunak replied: ‘As Prime Minister, I will hold supermarkets accountable to make sure you get the lowest possible prices.’ 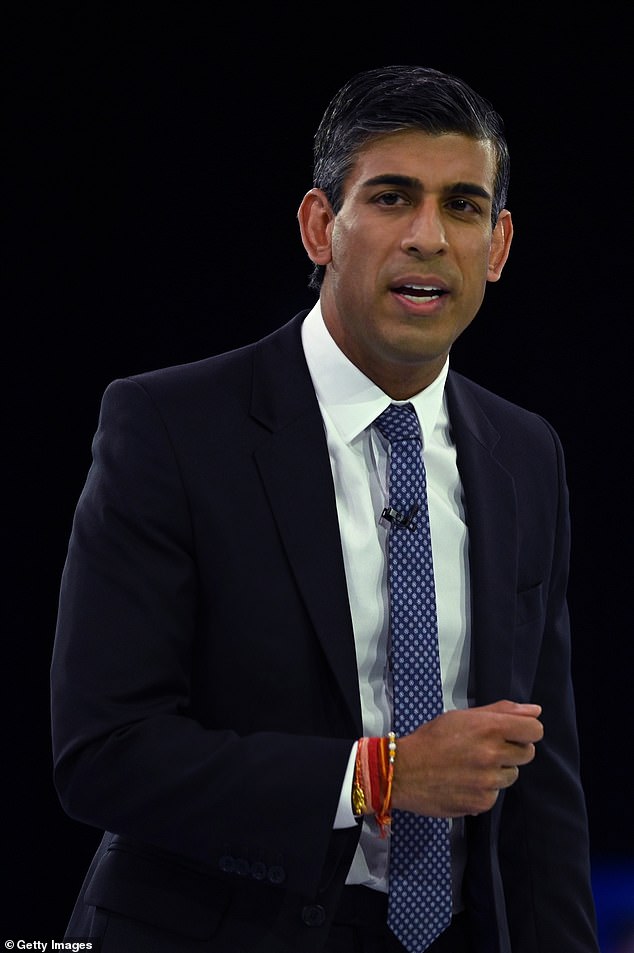 Rishi Sunak said: ‘As Prime Minister I will hold supermarkets accountable to ensure you get the lowest possible prices’

It is not the job of politicians to guess what is already being done by a competitive market (so competitive that operating profit margins for Tesco and Sainsbury’s are usually between zero and three percent).

I wish the two future Conservative Prime Ministers had instead spoken out in favor of the benefits of the market economy by delivering the best value in the most trying of circumstances.

If even these free-market professed believers do not, it leaves the ground unchallenged for the likes of John McDonnell and Richard Burgon to claim, preposterously, that politicians are the best people to determine the price to pay for your food.