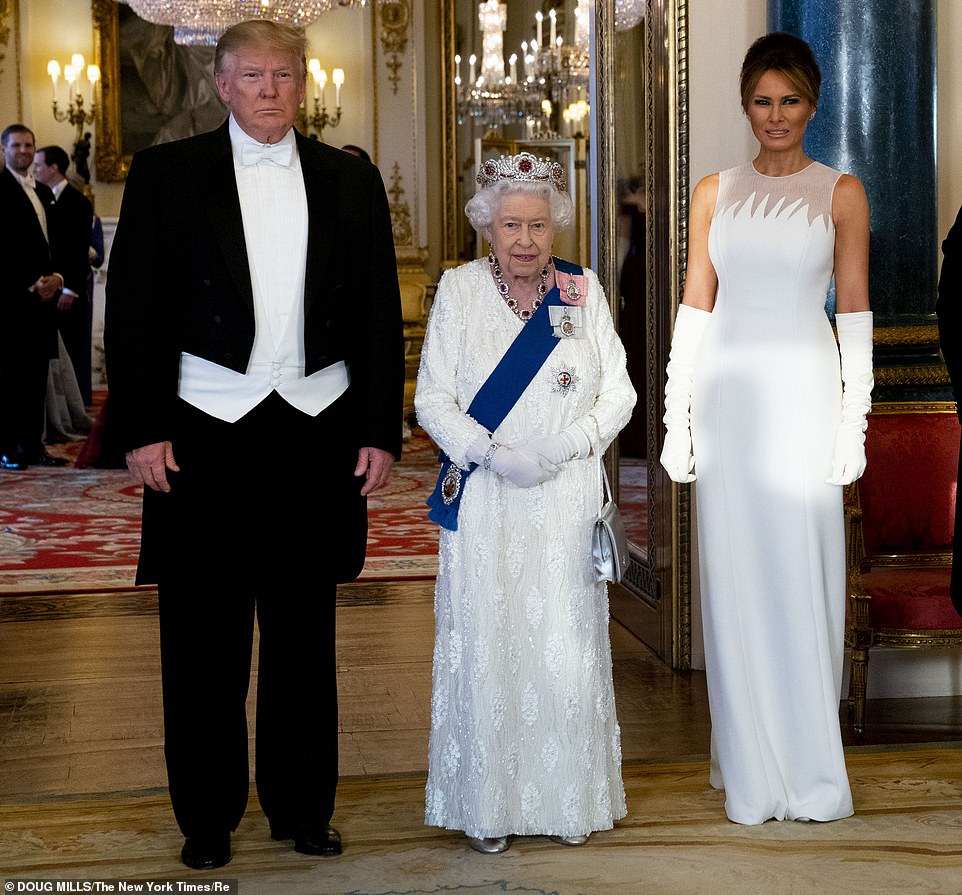 The whole civilization is in mourning. The passing of Queen Elizabeth II, the enlightened monarch who ruled the United Kingdom for 70 years, is a loss felt by billions of people around the world.

This week, and in the coming weeks, we especially grieve for the royal family – we can only imagine their grief.

And we express our solidarity with all the people of the United Kingdom and every Commonwealth realm she loved so much.

Few in history have better illustrated the qualities of dignity, fortitude, determination, duty and patriotic devotion.

She advised 15 prime ministers and 13 presidents and was the longest-serving monarch in the history of England and the United Kingdom.

Spending time with Her Majesty was one of the most extraordinary honors of my life.

I grew up in a family where Queen Elizabeth—her grace, her charm, her nobility—was deeply admired, especially by my mother, who was from Scotland.

Written exclusively for DailyMail.com, former President Donald Trump has paid a moving tribute to Queen Elizabeth II. Trump is pictured with the Queen and his wife Melania at a state banquet at Buckingham Palace in June 2019 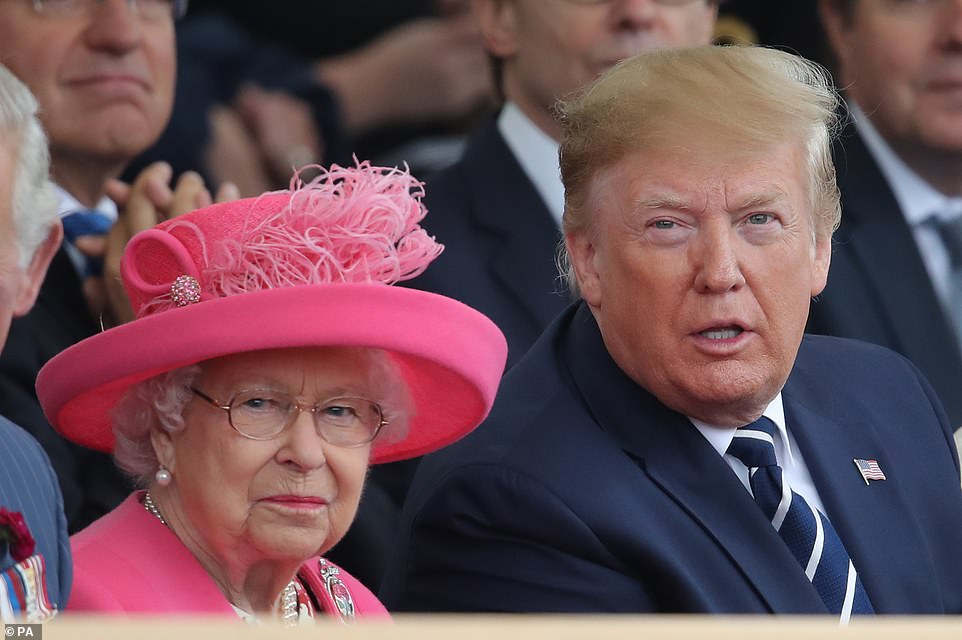 Trump is photographed with the Queen during commemorations for the 75th anniversary of the D-Day landings in Portsmouth in June 2019.

The times we spent with the Queen at Buckingham Palace and Windsor Castle are memories Melania and I will cherish for the rest of our lives.

Her Majesty had a sharp mind, missed nothing and always knew exactly what to say.

At our unforgettable State Dinner three years ago, we got along very well, talking all evening.

That same week, the 75th anniversary of D-Day, we sat side by side to honor the sacrifice of the British and American warriors who fought and bled together in World War II.

I will be forever grateful for the privilege of getting to know this unparalleled leader.

As a monarch, Her Majesty the Queen was the personal embodiment of nearly a century of British history.

Every prime minister from Winston Churchill served under her.

When I asked her who her favorite was, she said she liked them all.

She saw her country through the Blitz of London, the Cold War, the Falkland conflict, the miners’ strikes, Brexit, COVID and much more.

Whatever challenges came, she was always there for her people – determined and unflappable, stabilizing and reassuring by her presence.

Despite all the adversity, she embodied the uniquely British hallmark of firm and calm resolve.

The qualities that served Queen Elizabeth so well as a monarch also endeared her to the hearts of countless people around the world. 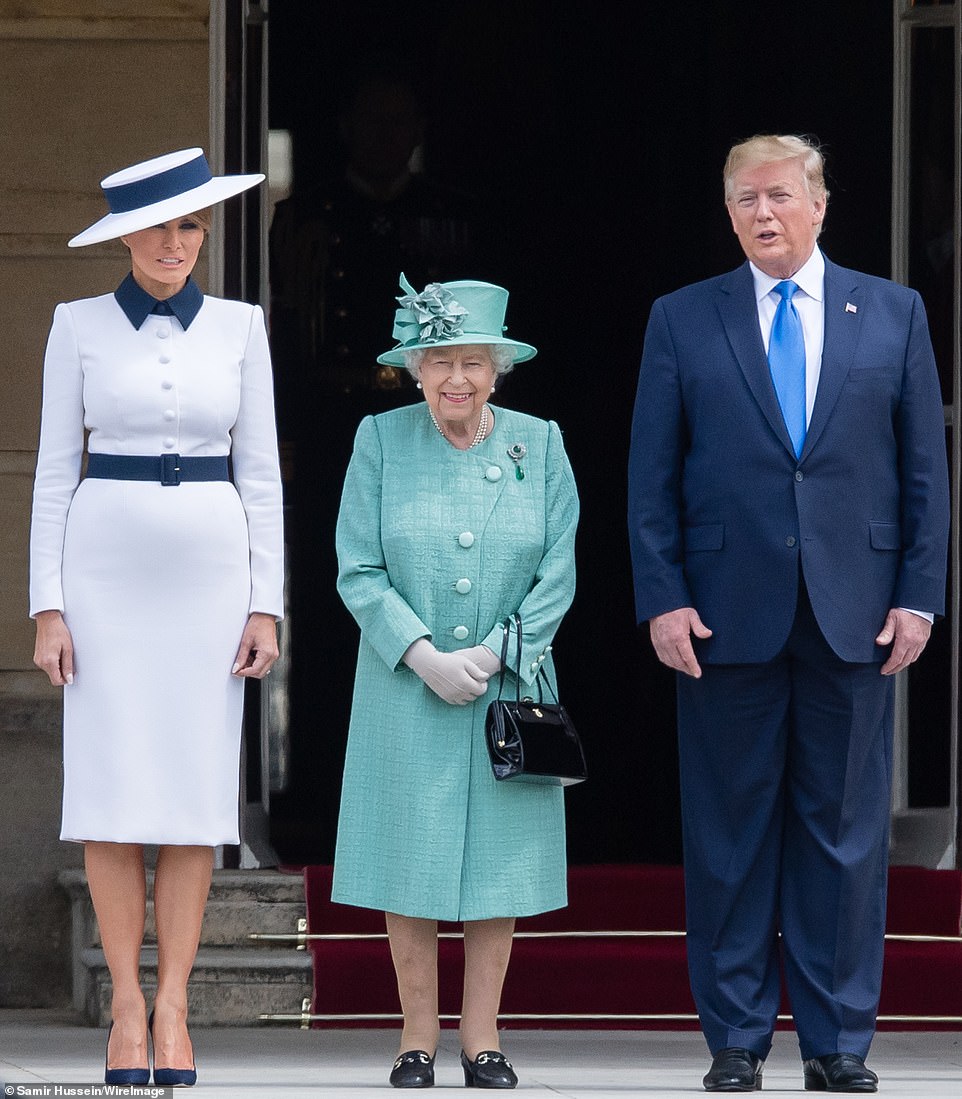 Trump, pictured with Melania and the Queen at Buckingham Palace in June 2019, said the Queen diplomatically refused to settle on her favorite president after asking which US leader she liked most to meet 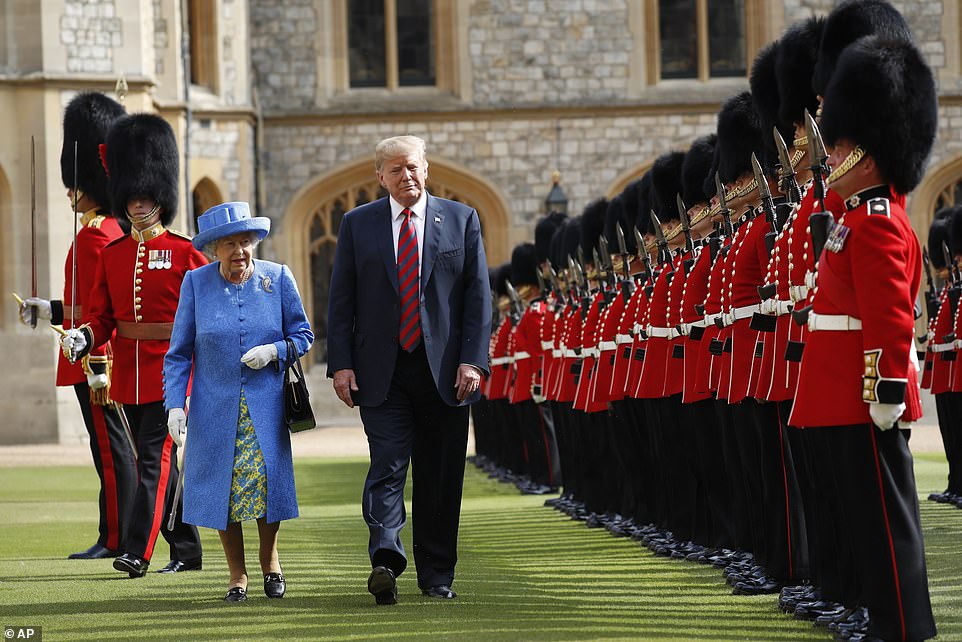 Queen Elizabeth and Donald Trump are pictured inspecting the guard of honor at Windsor Castle in July 2018. The former president said meeting the late monarch was one of the highlights of his time in office.

From Africa to Asia to America, she was the UK’s greatest envoy.

Through her travels to more than 100 countries, she touched countless lives and spread trust, goodwill and admiration for British values ​​everywhere she went.

Nowhere was this more true than in the United States.

The precious friendship and precious bond between America and the United Kingdom, which we call the special relationship, meant that Her Majesty the Queen was truly special to us.

She was respected and loved by the American people like few other figures in modern times.

Most of all, the Queen was great because Britain is great.

In her person, the world witnessed the fullest expression of the British spirit.

The virtues she embodied were the virtues of the British people. 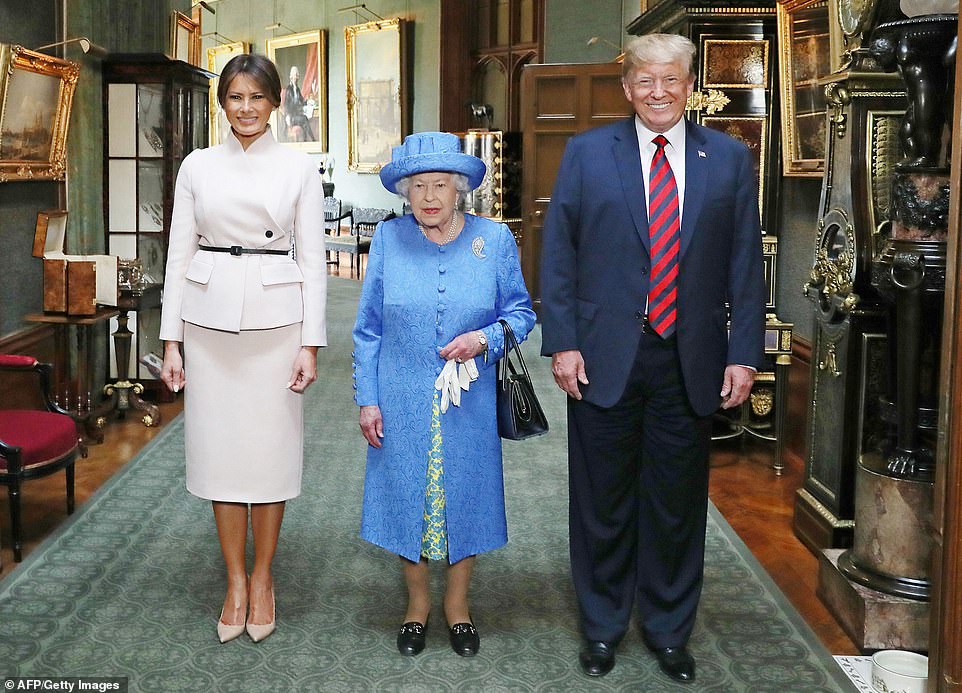 Melania Trump, Queen Elizabeth and Donald Trump smile during a meeting at Windsor Castle in July 2018. Trump says he can ‘only imagine how much grief’ the Queen’s relatives must feel right now 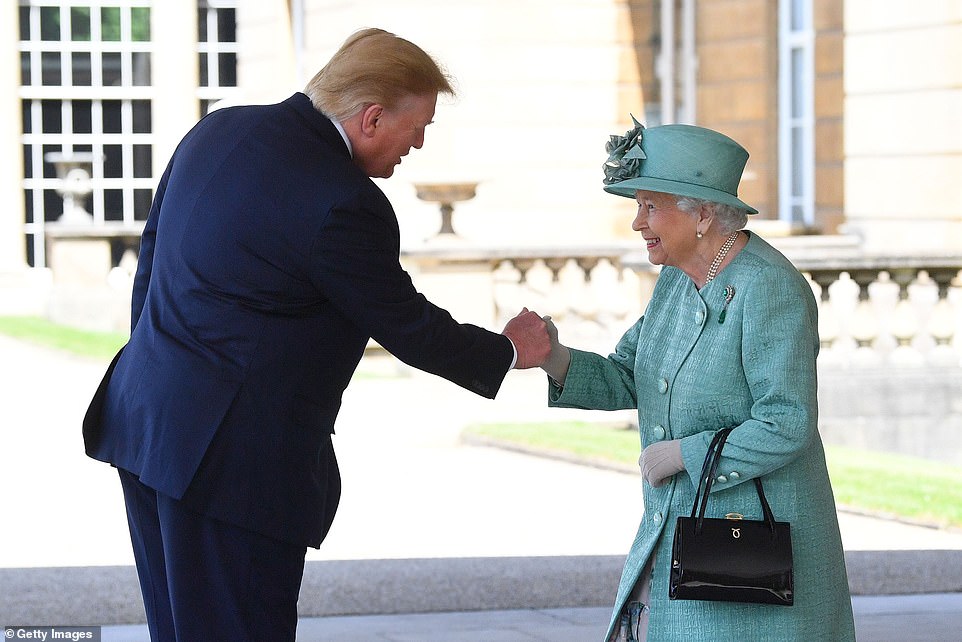 Trump sees Queen Elizabeth punched during a trip to London in June 2019. He says it will take ‘time to fully absorb the magnitude of this loss’

By her example we saw what it means to be British – a people strong and steadfast, wise and just, noble and majestic; a people who are serious, but good-humoured; proud, but righteous; and indeed a nation that is a blessing to the whole world.

That was Queen Elizabeth, and that’s the United Kingdom. She was Britain at its best.

It will be some time before we fully absorb the magnitude of this loss.

She was indispensable – a beloved sovereign of her kingdom, an icon to the world, a legend in her time.

As we mourn, we are comforted that King Charles III will be a wonderful and outstanding successor to his beloved mother.

Melania and I were blessed to get to know him well when we visited England.

He loves the UK and its people dearly. I know that he will prove to be an inspiration to the British people, and that under Charles’ reign they will continue to persevere in all challenges and relentlessly advance towards their great destiny in which Queen Elizabeth II believed so deeply.

Donald J. Trump was the 45th President of the United States.