Elvis’ granddaughter, Riley Keough, posed in red bikini on the beach in Greece after wrapping up TV series

Riley Keough, the daughter of Lisa Marie Presley, posted a photo to her Instagram celebrating the end of the shooting of her latest TV miniseries.

The actress posed in a red bikini on a beach in Greece, where Daisy Jones And The Six is ​​officially wrapped.

Reese Witherspoon is one of the executive producers of the Amazon Prime show, and her production company, Hello Sunshine, is also part of the project.

Blast in the sun: Lisa Marie Presley’s daughter, Riley Keough, posted a photo to her Instagram celebrating the end of the shooting of her latest TV miniseries 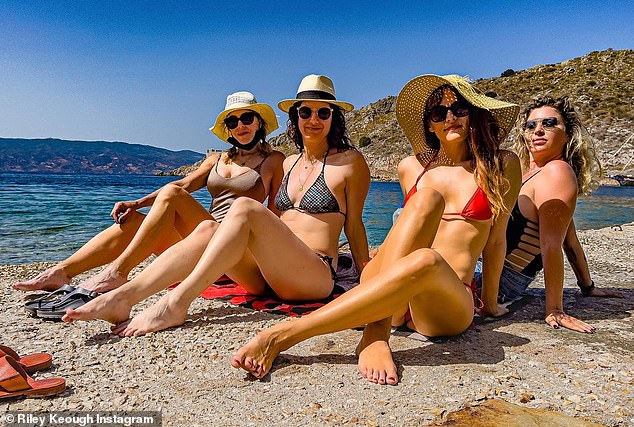 Finish in style: The actress posed in a red bikini on a beach in Greece, where Daisy Jones And The Six was officially wrapped

The Zola star — whose grandfather is Elvis Presley — sat comfortably in her red two-piece swimsuit alongside other crew members on the show.

She wore large sunglasses and a straw sun hat to keep the sun out of her face.

The crystal blue waters and rocky shore stretched out behind the actress and some of the crew as they lay on the shore.

The star shared the post on her Instagram and added a grateful and heartfelt caption that read: ‘I’m officially done with @daisyjonesandthesix and we ended up on the beaches of Greece. Thank you to the amazing crew who worked so hard. I can’t wait for everyone to see the beautiful work that everyone has made.’ 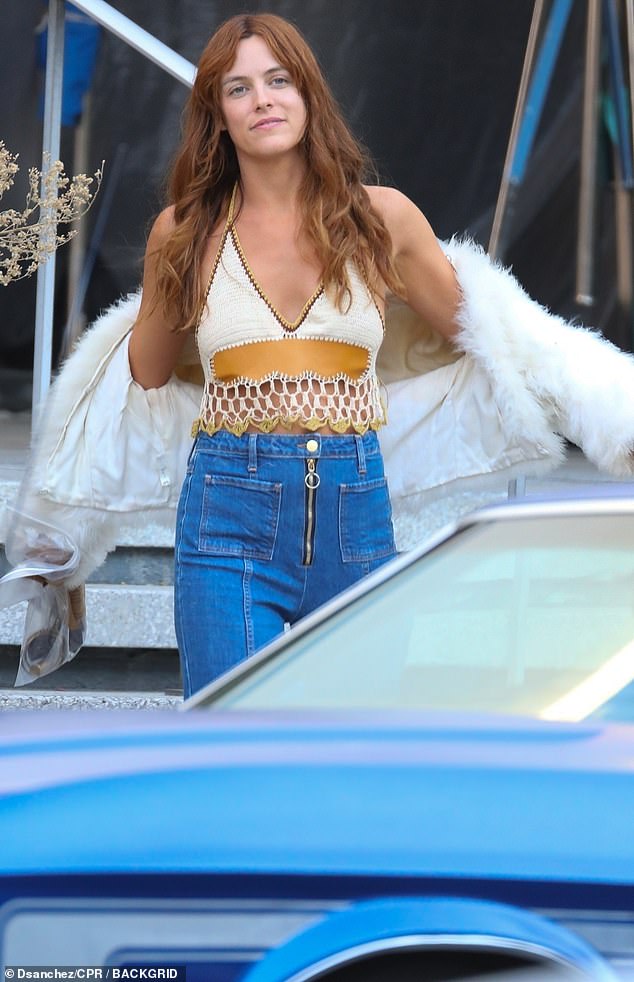 So the 70’s! The 33-year-old looks like she fits right into the 70s era of the new series as she is spotted on set

The TV show will consist of 10 episodes and will be based on a novel of the same name written by Taylor Jenkins Reid.

Keough plays the main character, Daisy Jones, and the story follows Jones and her band trying to become famous in the 1970s. 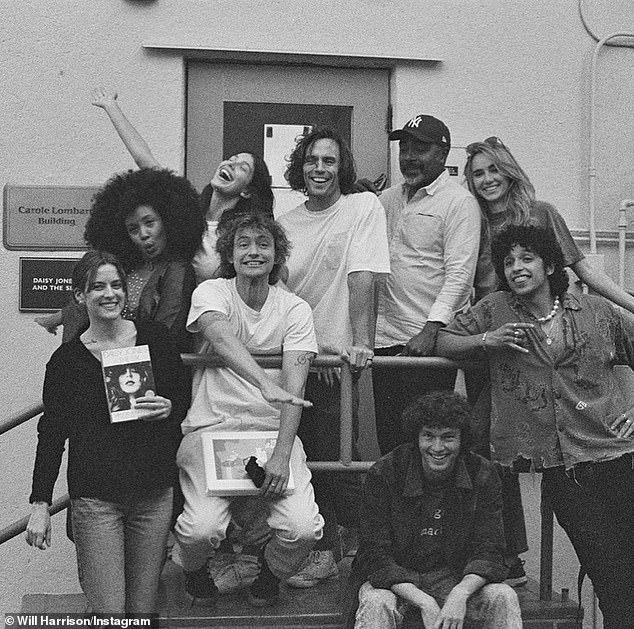 Perfect cast: Keough and the cast bring big smiles on the set of Daisy Jones And The Six 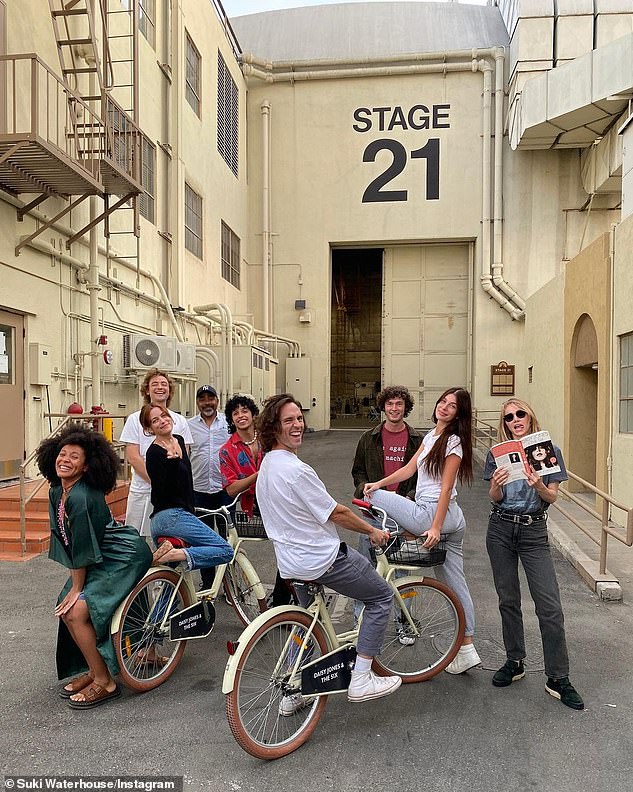 Fun times: The cast of Daisy Jones And The Six seems to be having a blast while waiting for the set

In a post to her Instagram in September 2021, when filming first began, the Mad Max: Fury Road actress discussed how excited and grateful she was to be a part of the Amazon Prime series.

“I’m so proud of how hard everyone has worked to bring this story to life.”

Keough is the granddaughter of the king of rock and roll, Elvis Presley. It’s very fitting that she can star in a series that epitomizes that kind of music. 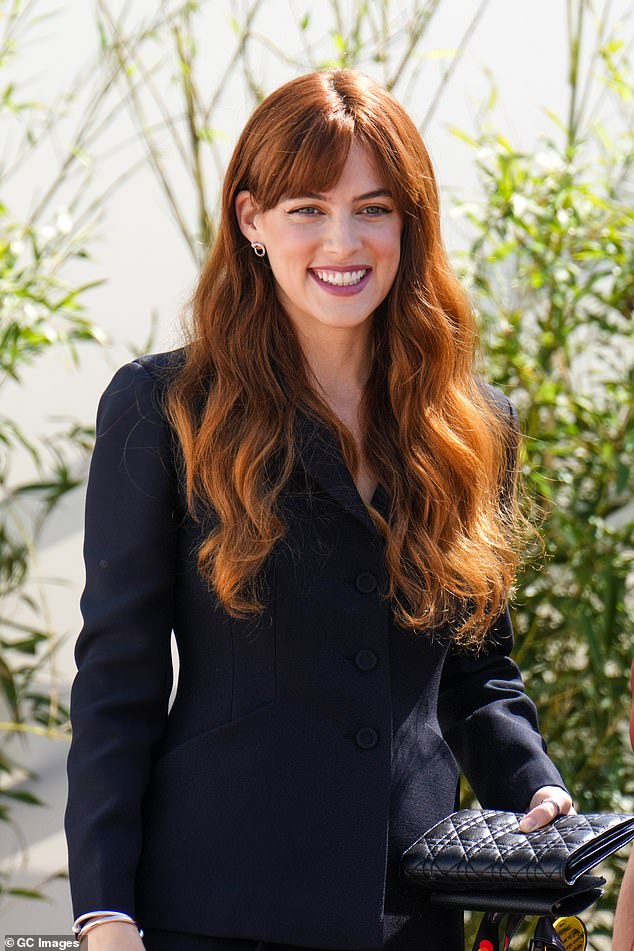 All smiles: The star attended the 2022 Cannes Film Festival for the premiere of the film, War Pony, which she co-directed with Gina Gammell

The 33-year-old has made a name for herself, recently attending the Cannes Film Festival in 2022, where her film, War Pony, premiered.

Keough co-directed the film with Gina Gammell. The film received a standing ovation as the credits began to roll at the end. The film was also Keough’s first-ever directorial debut.

“This was a collaboration between all of us, and this is our entire movie,” Riley said People† 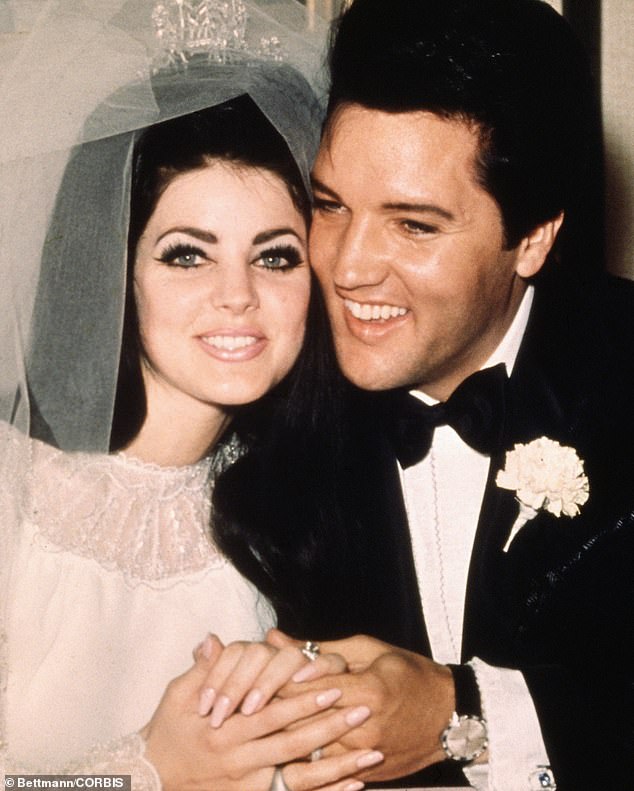 The king of rock n roll: Elvis Presley sits cheek to cheek with his bride, the former Priscilla Ann Beaulieu, after their marriage in 1967

Riley’s grandmother, Priscilla Presley, and mother, Lisa Marie, were both very moved after seeing the film at its premiere.

“It took me a few days to get over the emotions, just like it did with Lisa,” she said. 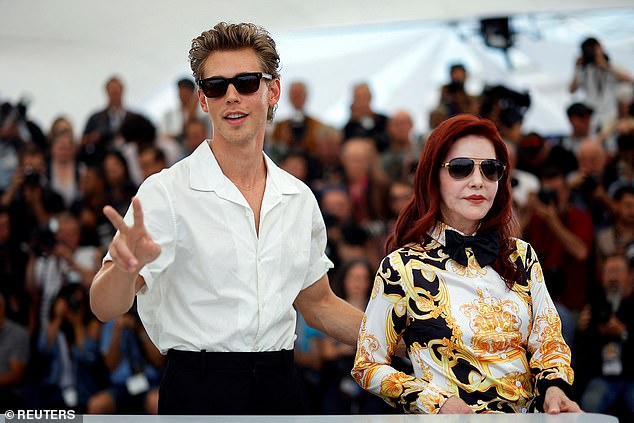