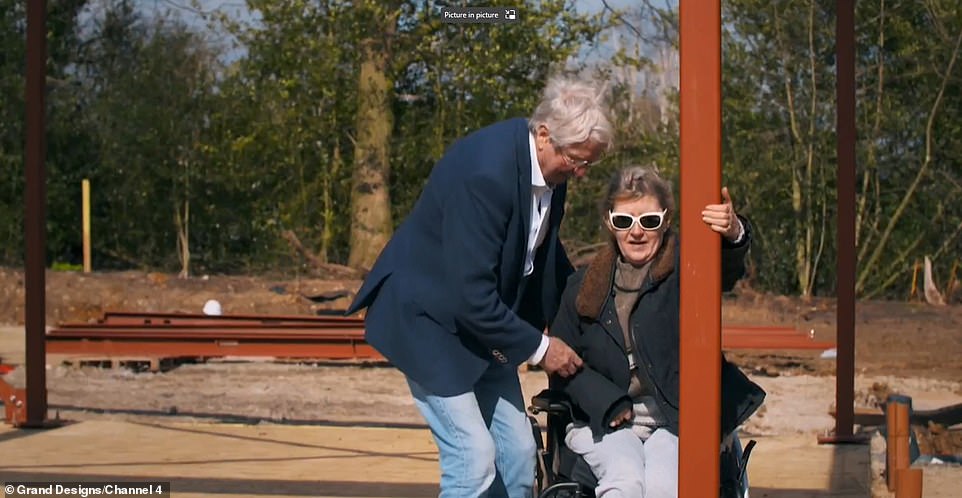 This is the emotional moment when a woman recovering from a stroke bursts into tears as she is taken to the construction site of her new home, which one hopes will be a new beginning.

Dunstable couple John and Helen have lived in a 17th century farmhouse in Dunstable since they married in 2007 and had met two years earlier at the races in Newbury.

But since Helen, a retired vet, suffered a stroke in 2018, John, a retired racehorse breeder, has sought a fresh start for himself and his wife.

John and his wife Helen, from Dunstable, seek a fresh start after Helen suffered a stroke in 2018 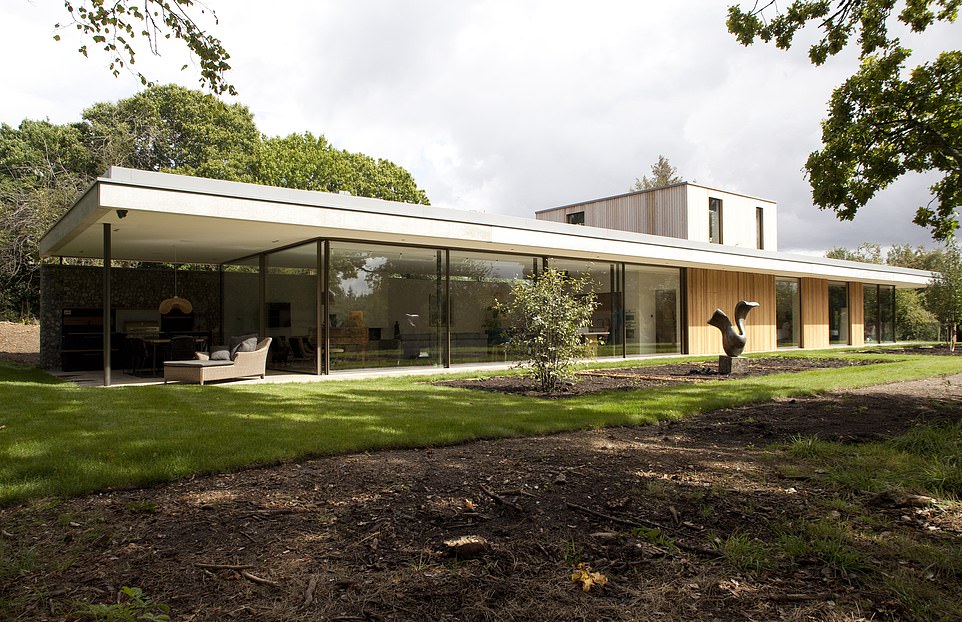 After the stroke, Helen developed aphasia, which affects her ability to communicate. Because her mobility is also affected, she struggles with the stairs and narrow doorways in the farm.

As Helen began her journey to recovery, John decided that a change was needed and bought a two-acre lot nearby on which he wanted to build a new, accessible home for himself and his wife.

At an estimated cost of £1.3 million, John planned to demolish the old house on the site and replace it with their bespoke home with a pavilion and nature garden, designed to aid Helen’s recovery.

In a clip from tonight’s episode, which will air on Channel 4 at 9pm, the couple share a tender moment when John takes Helen to the construction site in her wheelchair to the start of the project, to show her the progress.

“Come and see what we’re building honey,” John says excitedly as he leads Helen into the grounds.

As he drives Helen onto an open platform, he jokes, “Right ma’am, you’re in your living room now,” and asks her to imagine the finished product of their childhood home. 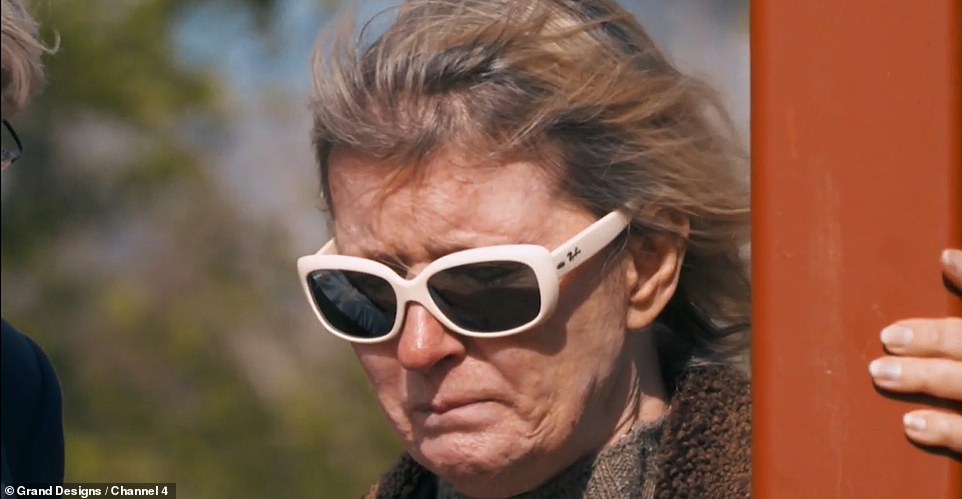 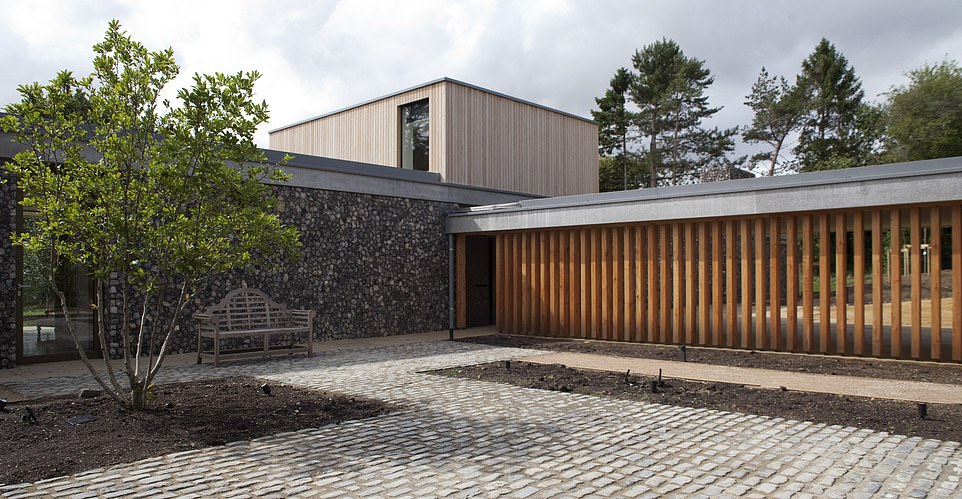 The finished house contained a paved courtyard with space for flower beds, trees and a bench 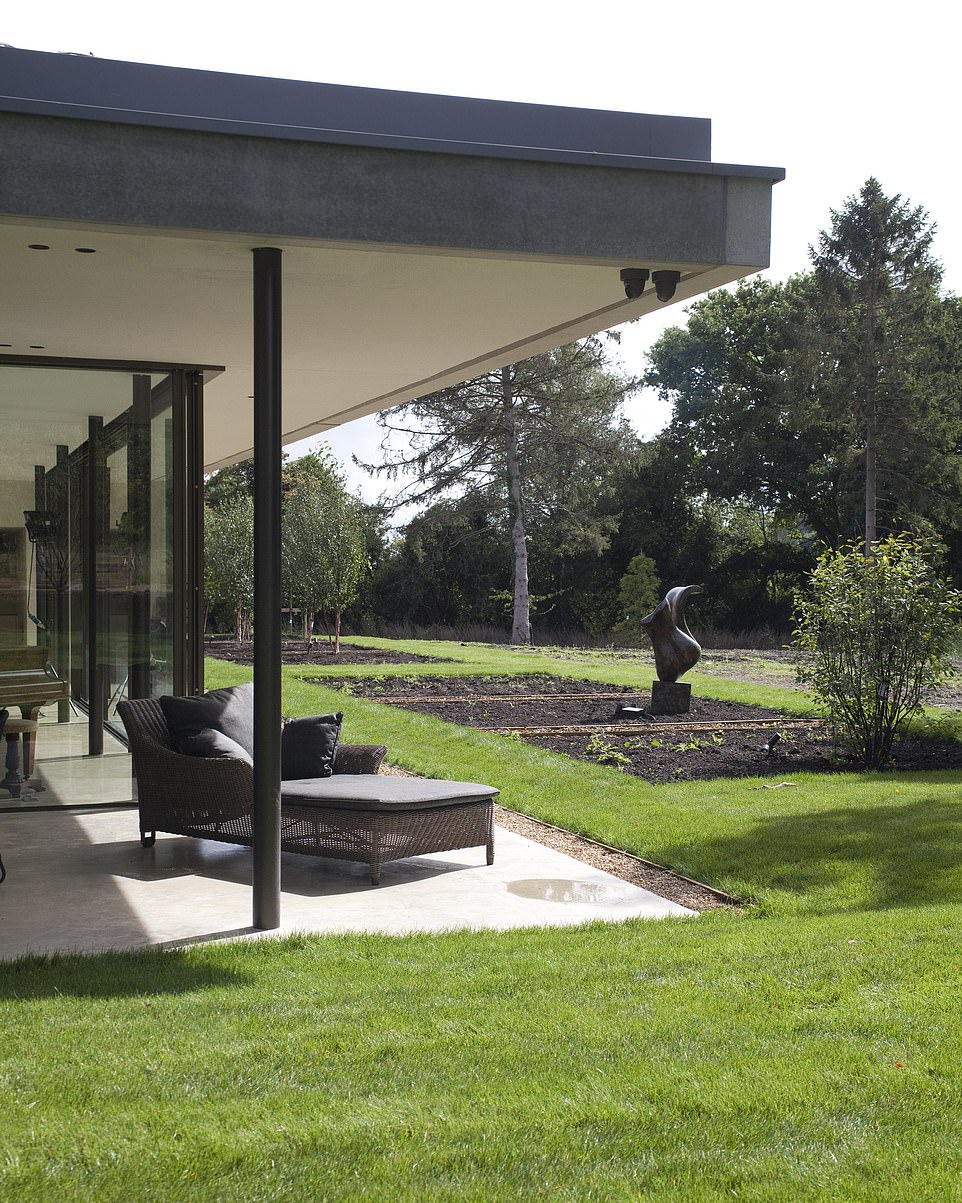 As part of John’s plans, it was envisioned that the house would include a nature garden for the married couple to enjoy together. 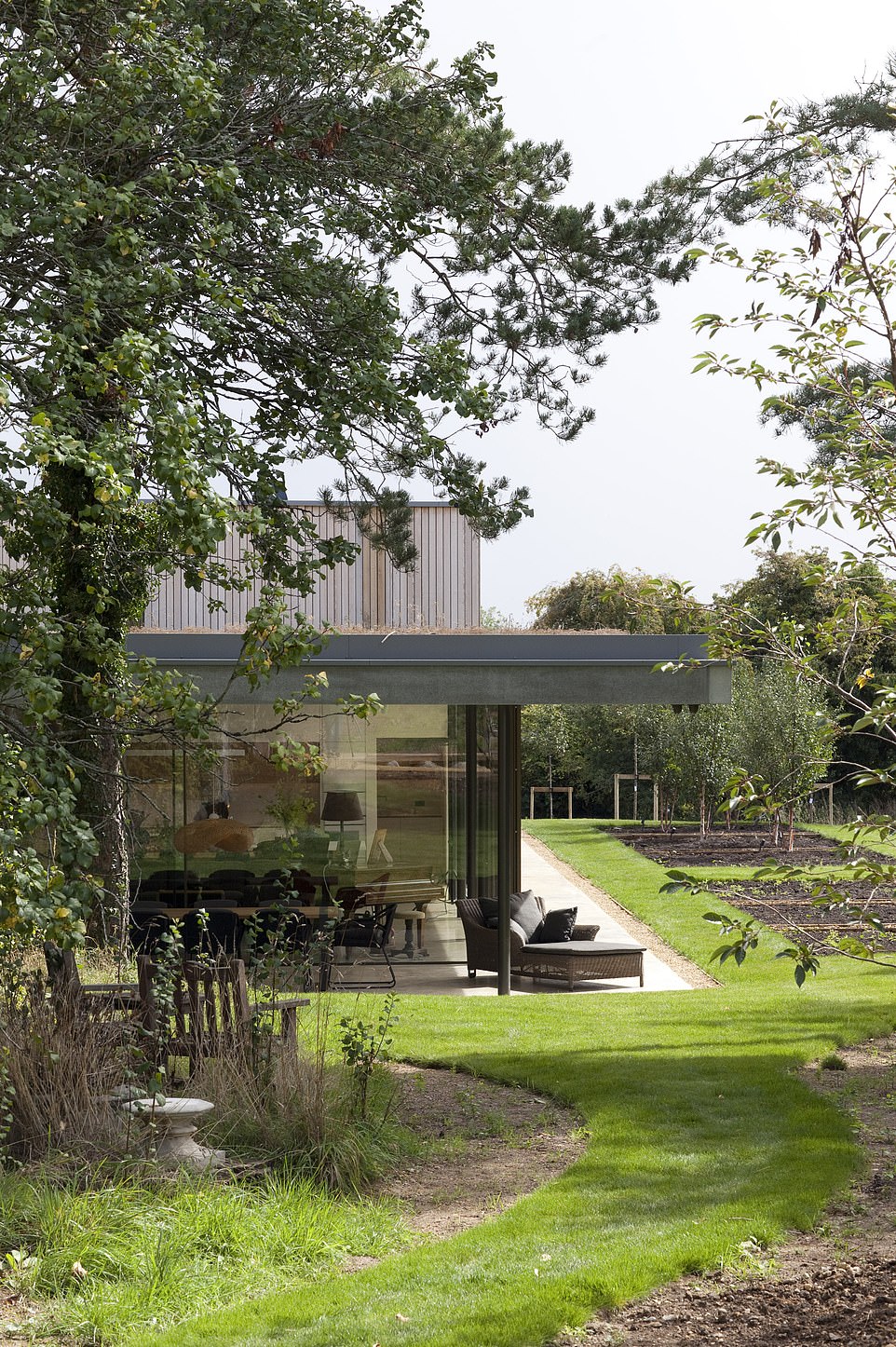 The house, estimated to cost £1.3 million, was to be built on two acres of land in Dunstable after the previous house on the site was demolished 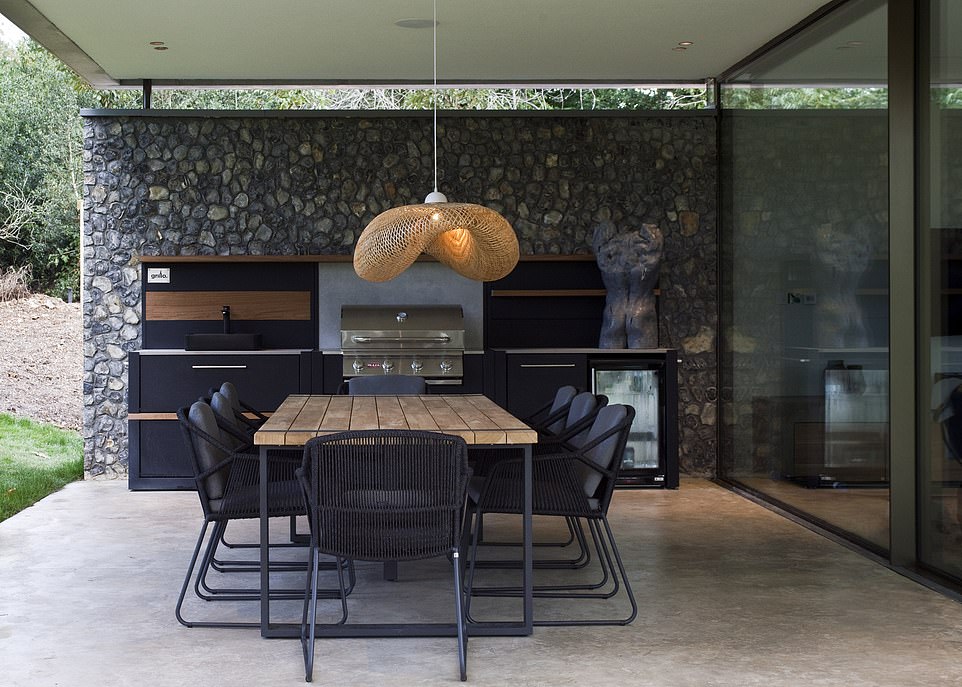 The completed house was a sleek one-story house with plenty of space, wide hallways and flat floors to facilitate Helen’s mobility as she recovers from a stroke. 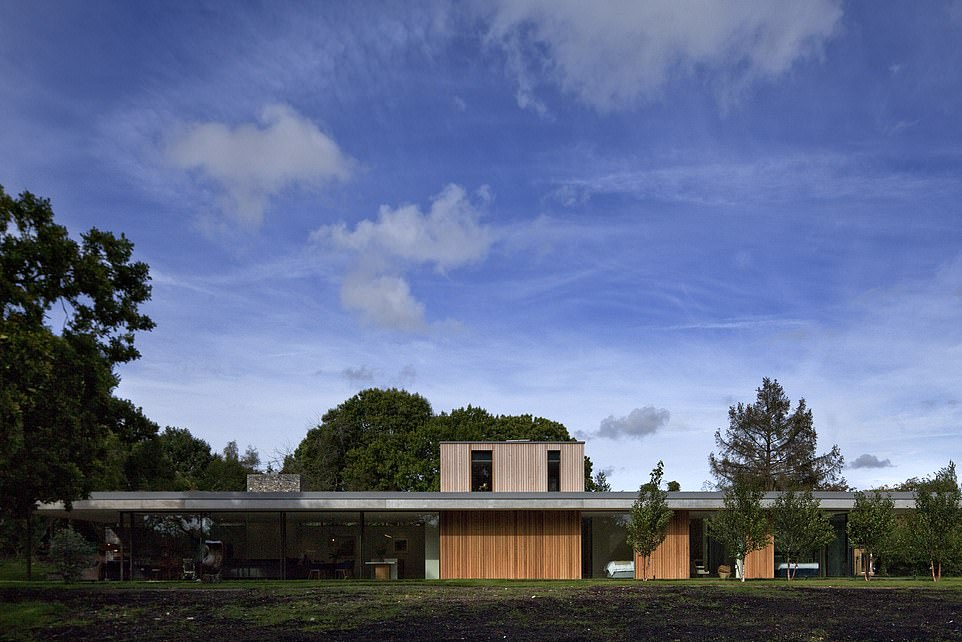 At the beginning of the episode, John asked Helen to introduce herself in the completed house while sitting on the construction site 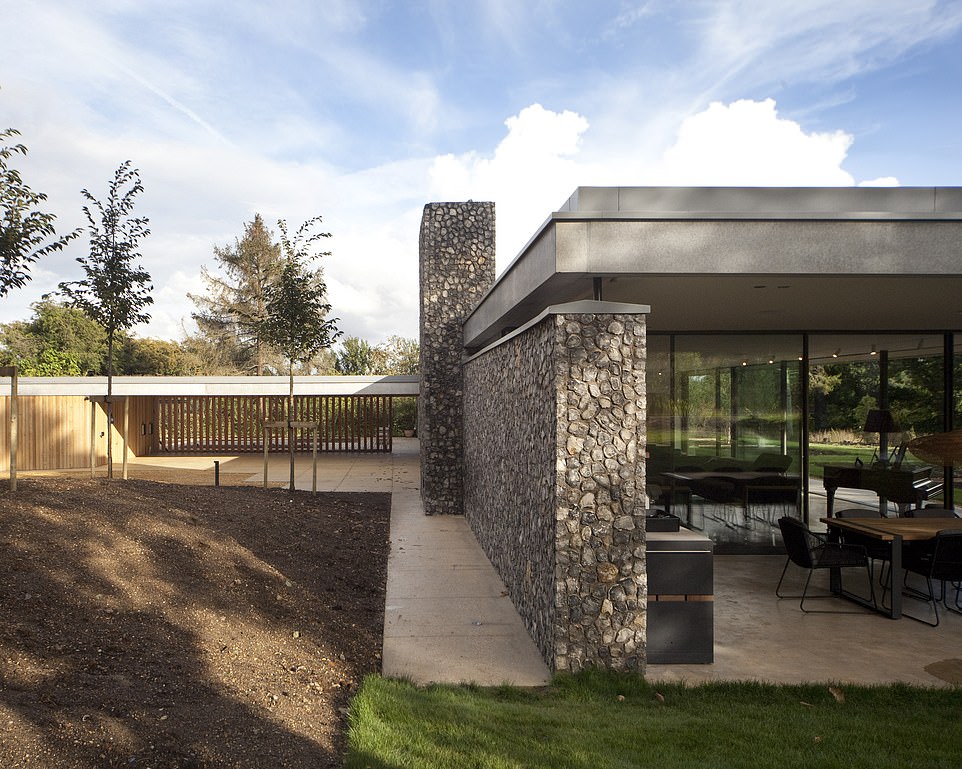 When construction began on the house, John said he hoped it would “hold the key to opening another future” for himself and his wife Helen.

John said to the camera, “I’m obviously extremely nervous about taking the step.

“A stroke has changed our lives in an instant. It’s very difficult because Helen is having a lot of trouble talking now.

‘I have always been able to rely on my judgement. I made all these decisions on Helen’s behalf.”

As Helen watches over the land with a steel frame to support herself, she bursts into tears in hopes of a new beginning.

John comforts his wife, puts his arm around her and says, “Don’t cry, honey.”

John later admits, “In all sincerity I think, ‘Am I doing the right thing?’

But I still want to live a life with my wife Helen. We live together and we have so many things we can do in the future.

“I actually have the strange feeling that this house and this building could hold the key to unlocking that other future.”

With an estimated 16 months to complete the project, the couple hired John’s son Ollie as project manager on the site.

But after getting off to a good start on several key aspects of the house that was built within three months, problems start cropping up with the concrete and steel structures, putting Ollie under tremendous pressure to get the project running smoothly. To let expire.